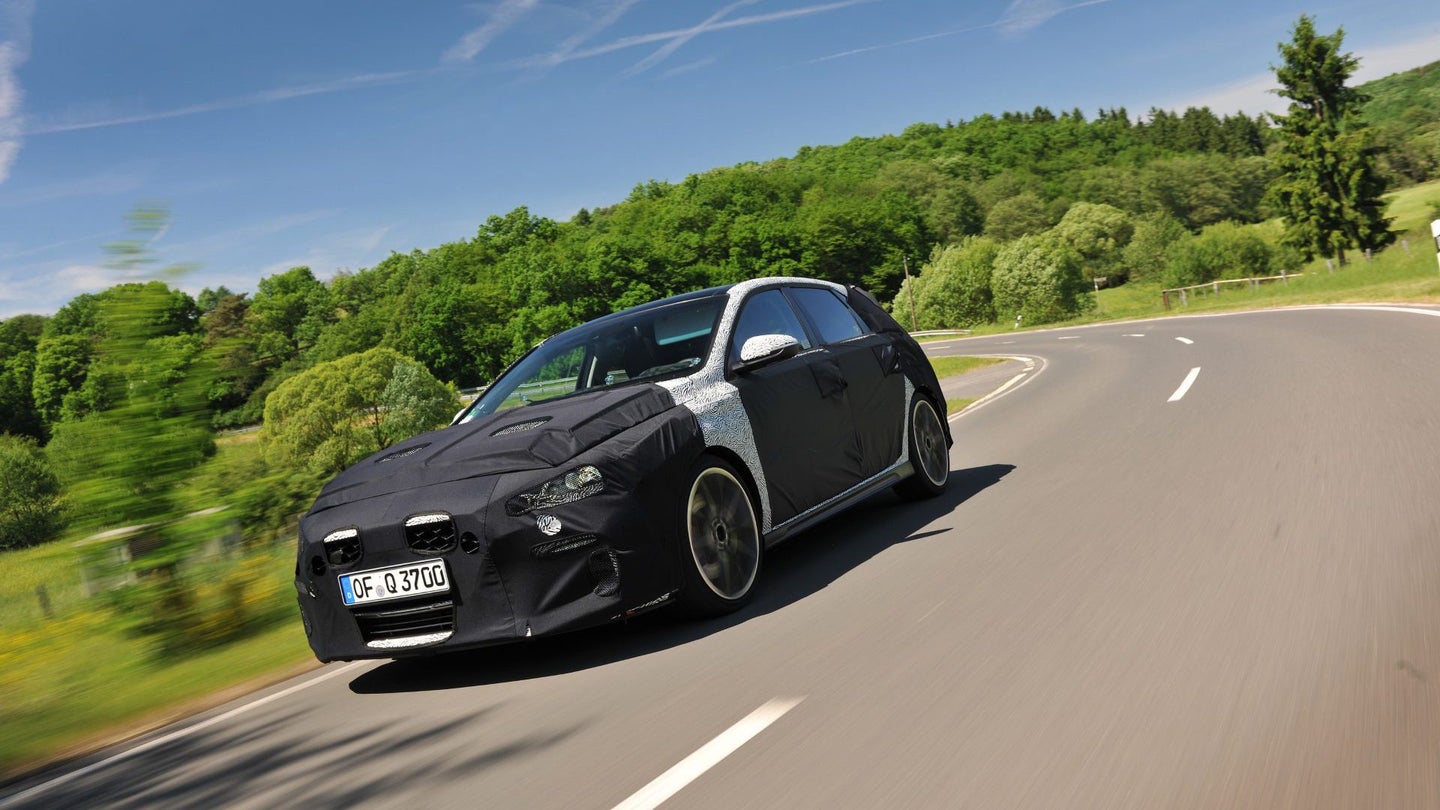 We last saw it showing off its deliciously crackly exhaust note, but now Hyundai is back at it with official teasers for its upcoming i30 N hot hatchback. According to a press release from Hyundai's European division, the i30 N has finished the testing phase of its development and will be ready for an official reveal next Thursday. In addition to the obligatory Nurburgring test/hype footage, Hyundai is giving us a better idea of what to expect dynamically from their premiere N car.

The Korean automaker says the car was developed to corner like a fly, put up with track abuse, and still be comfortably drive-able on the daily grind. What this apparently boils down to is a hatchback designed to be as fun as possible. According to Hyundai N head Albert Biermann, "[The i30 N] is designed for motorists to experience a mischievous grin when driving a performance car and feel the feeling." Feel the feeling? Somehow, we know exactly what Mr. Biermann is talking about.

Biermann went on to state that his team has emphasized higher BPM over higher RPM. BPM, in this case, referring to the pulse of the driver's heart and not the sick beats flowing out of the Hyundai's stereo (although that could be arranged).

However, talk is cheap and we can't wait to see how Hyundai's first stab at an honest-to-God performance hatch pans out on the road.

For now, peep the two teaser clips below. Features revealed include multiple driving modes and a red pinstriped rear diffuser—typical hot hatch stuff, then. (Also, those quick with the pause button can get a glimpse of the N's undisguised-but-animated front end around the 1:20 mark.)