College Students Are Working to Turn Cars into Luxury Lounges

Pretty soon your car’s interior might not look any different from your living room. 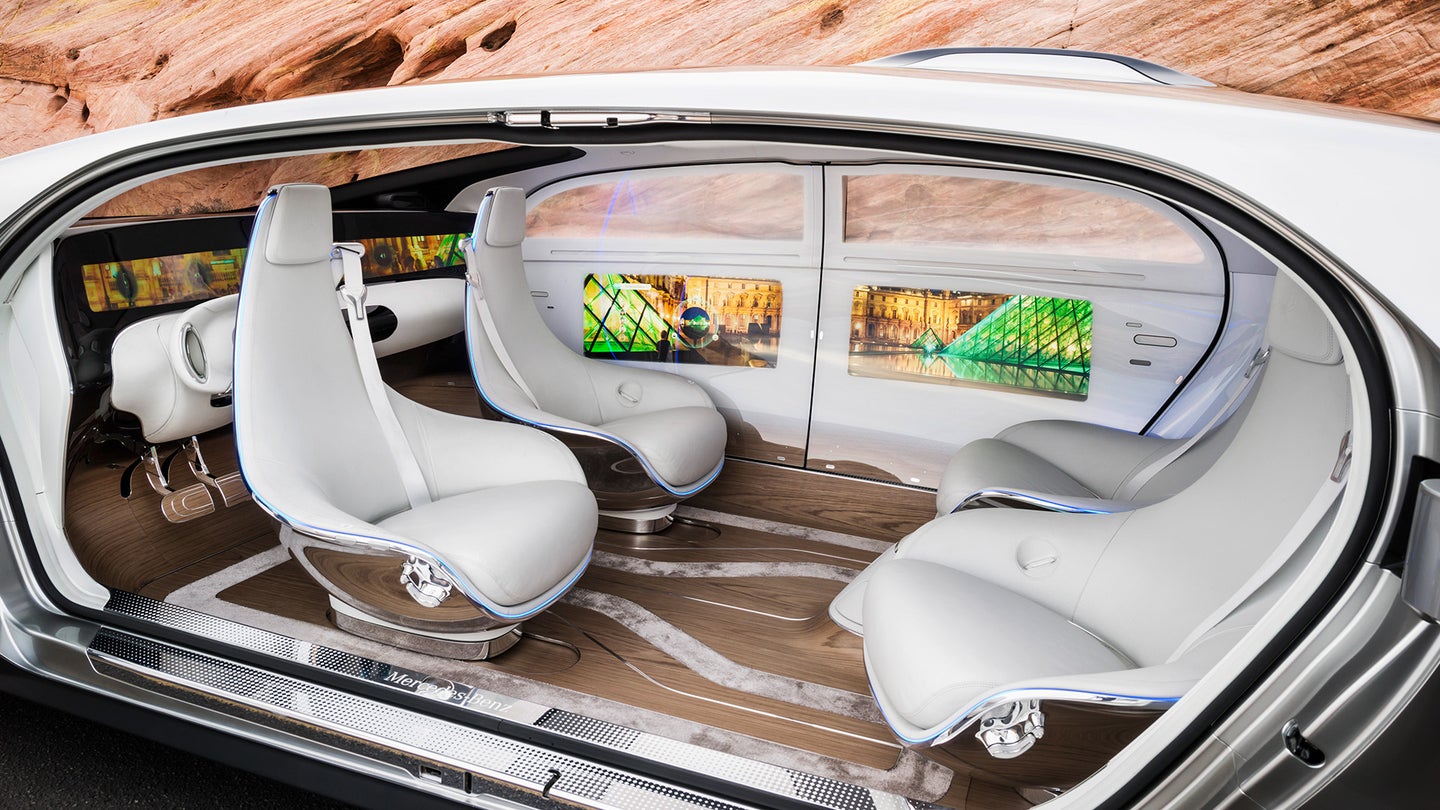 We're on the brink of another automotive revolution. Autonomous cars are the next big thing and the technology to make them is pretty much here. Big figures, like Elon Musk, pushing for self-driving vehicles are saying that we are only a couple of years away from well-engineered, mass-produced driverless vehicles. However, when this technology comes out, it will take away the least boring part of driving: commuting. Without the neural stimulation of driving, we'll definitely get bored. We would even bet that you'd end up wanting to grab the wheel like Will Smith in I, Robot and take control after a while.

Thankfully, while big budget companies have their hands full making the technology for autonomous cars, students at Los Angeles' ArtCenter College of Design are working on turning the interiors of these vehicles into mobile entertainment hubs. According to The New York Times, 14 students from the prestigious design college in California are working on ideas for the in-car entertainment of the future. The students have worked with experts from NASA's Jet Propulsion Laboratory and Panasonic to envision these concepts and came up with several different ideas.

The ideas don't just stick to luxury reclining seats and integrated television screens either. Some of the students' best ideas incorporate new heads-up display technology that broadcasts data—information like social media feeds, outside conditions, reviews of nearby businesses, and information about other drivers on the road—across the windshield and windows. With virtual reality becoming more refined and popular in the past few years, people may be able to use the streets to play video games or to digitally interact with the environment around them.

These are just a few of the many ideas the students brought to the table, and they'll have time to think of more before driverless cars become a reality. We can only imagine what Android and Apple's car assistants will be able to do when integrated into the virtual cockpit in our autonomous vehicles.

This isn't some random design school either; students from ArtCenter College are responsible for designing both the Tesla Model S and BMW I3.

Find the full report from the New York Times here.