Their Indiegogo picture was a hint they weren't completely serious. 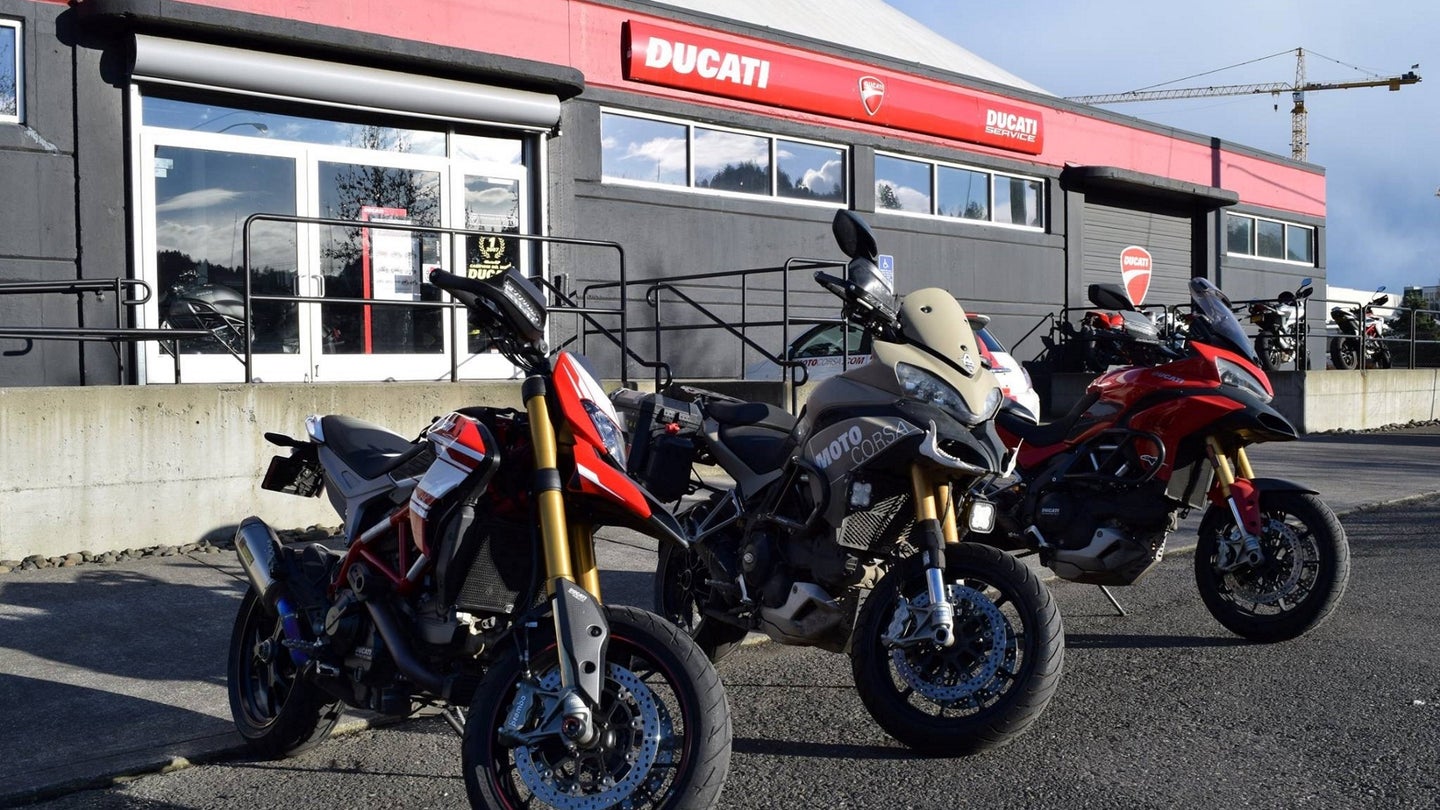 Portland Ducati dealer MotoCorsa started an Indiegogo campaign to raise $1.6 billion to buy Ducati after rumors circulated about Audi AG thinking about selling off the brand. Here is the guy who wants to buy it.

So, in case it isn’t obvious by that picture which they used in their Indiegogo campaign, they weren’t entirely serious about the purchase. It was really just a publicity stunt and apparently an excuse to get a little sexy. Here’s what their campaign said.

The motorcycle industry has valued Ducati Motor Holding S.p.A. at $1.6 billion, and while it’s a bit more than we had budgeted, with your help we think we can raise funds to buy the company.

Big corporations have had their turn running Ducati and now it’s time for a scrappy little motorcycle shop from Portland, Oregon to have our shot. We need your help to make it happen.

Kick in some cash and help us buy Ducati. Each $25 gets you .0000015625% of the company! Besides your shares, you’ll get some fun stuff, too! Everything from a commemorative sticker set to a brand new Ducati motorcycle and more!

The campaign was canceled to "remove confusion" after “being taken seriously by some news outlets” and because Ducati isn’t actually for sale. The campaign ended with 24 backers contributing a total of $1,058. However, MotoCorsa is still planning on honoring whatever the backers earned with their pledges which is likely just promotional gear for Ducati and their dealership. What they won’t get, however, is any ownership of Ducati.