Lincoln: Past to Present 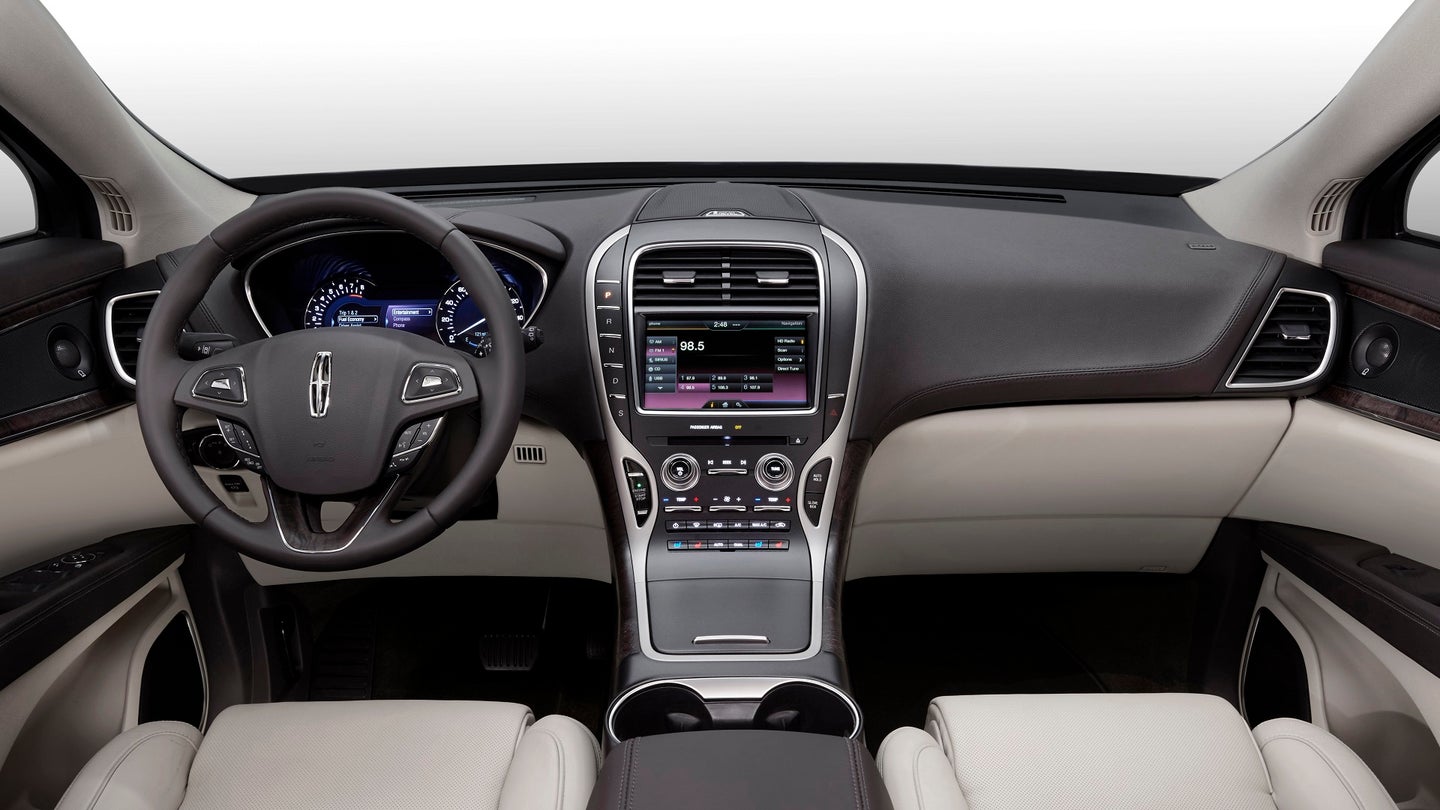 In the 2016 Lincoln MKX, the Revel Ultima system is standard on Lincoln Black Label editions and available on Reserve models. It features 19 speakers with point-source architecture, which positions the tweeter and midrange speakers close together for superior audio quality and accuracy.
SHARE

With the failure of the MKS and the seemingly eternal work-in-progress nature of the rest of their lineup, especially the Navigator, Lincoln has been struggling for some time now. Attempts to refresh the brand have been met with stiff responses, including outright mockery and a general lack of enthusiasm. Having handled some of their cars—the first-generation Navigator and two generations of the MKX—I feel comfortable saying that gaining ground in the luxury sector, even when comparing older and newer ideas or iterations, can be difficult, but not impossible.

The 1998 Lincoln Navigator was the first iteration of the commercially successful luxury SUV. With an all-leather interior and the ability to seat eight people, the Navigator had a lot going for it in terms of general utility, and a little bit going for it in terms of luxuriousness. It also had a four-wheel-drive mode. I have no idea if it was useful, but it was a neat touch. What was not a neat touch was the colossal amounts of body roll. The incredibly vague steering was not terribly helpful either, especially given the massive deadzone in which the steering wheel could be turned without significant response from the rest of the steering system. On the other hand, the ride quality was nice for the time, and the barge-like maneuverability could at times be entertaining. I am also a fan of the modular V8 – if it’s fundamentally good enough for the Ford GT, it’s good enough for me.

The 2008 Lincoln MKX, albeit being much smaller and newer, had some notable improvements over the Navigator for me. Mind you, again, that the 2008 MKX vs. the 1998 Navigator is not an apples-to-apples comparison, but it did feel luxurious in ways that Ford Motor Company cars, like a 2006 V6 Mustang, did not. Bascially, Lincoln did make progress, even if progress was slow when compared to an industry stalwart like Mercedes-Benz or even the no-longer lagging Cadillac. At least the MKX was decently quick and agile when compared to the noisy, totally unathletic Navigator. Sadly, the MKX did not get any quieter, and the interior looked like it was transplanted into the Ford Escape only two years later. The exterior and ride quality of the MKX also left a lot to be desired. With my sights for Lincoln set low, I could not help but be excited about the debut of the handsome new Lincoln Continental, but then the MKX was refreshed, and to my pleasant surprise, it became very nice.

The looks and ride quality of the 2016 MKX are fantastic. The vehicle is elegant and well-proportioned, and even the harshest surfaces provide little more than dull jerks. The vehicle is also very quiet. The EcoBoost V6 engine is audible, yet subdued, and comes with a pleasant exhaust note when compared to the heavy-handed, albeit charismatic, V8 in the 1998 Navigator and the buzzy and squirrely V6 of the 2008 MKX. Sadly, the 2016 MKX still falls short in some critical areas. I am not a fan of the way touchscreens are implemented in cars, and the MKX’s is especially frustrating. Even controlling the buttons-galore air-conditioning system occasionally requires awkwardly fumbling through a menagerie of menus and symbols as the overly sensitive interface causes you to accidentally select an option or go towards an irrelevant feature. The MKX also fails to break major ground in terms of interior quality. It is easily better than the 2008 MKX, but that vehicle was so dull and uninspired that generally outdoing it any category is nothing to write home about. The 2016 MKX is VASTLY superior to the 2008 MKX in pretty much every way except for interior quality, where it has only notably improved, and much of that comes down to a lacking improvement in ergonomics. The seats are pretty and the leather soft, but they are cushioned so stiffly that sitting in them is not terribly comfortable. The vehicle also manages to feel remarkably small inside, making meaningful interior adjustments a challenge. Thankfully, the interior trimmings are nice and aesthetically pleasing, unlike those in its depressingly flat predecessor.

Although I have not driven or sat in it, the Lincoln Continental still gives me high hopes for the future. From what I have gathered from reviews and people I have spoken to about it, the vehicle is heads and shoulders above the rest of the Lincoln lineup. Aside from the fantastic exterior styling, the interior is very pleasant and material appointment and fit and finish are very good. Other than that, the seats, unlike the 2016 MKX, are both pretty and nice to sit in. A YouTube reviewer that I reached out to ventured to say that they are what make the Continental stand out the most.

If Lincoln continues to step their game up, just with bigger steps like they did with the Continental, then I have no doubt that they will become competitive in a very challenging segment of the saturated automobile industry. They just need to continue making solid decisions and implementing them as they are able.