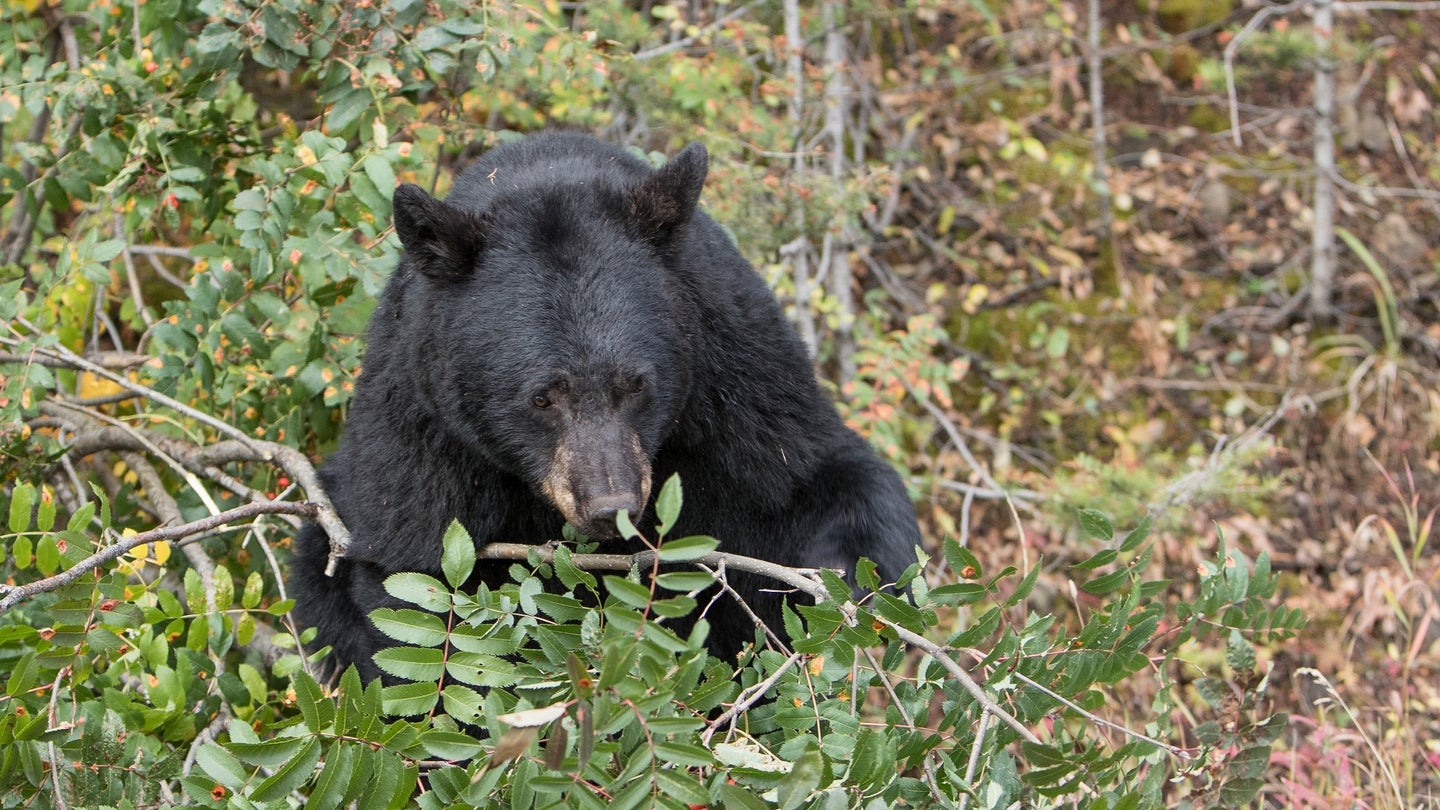 Ryan McClanahan heard his car horn honking outside of his Salem, Virginia home while getting ready for work. When he went outside to see what was going on, he saw a black bear inside his Honda Pilot with all of the doors closed and locked. His wife called the police and they were able to get the bear out of the car without harm...well, to anything other than the SUV's interior.

McClanahan had a good sense of humor about the incident, telling local NBC affiliate WSLS, “I guess the bear thought it was Take Your Bear to Work Day.” (You can see pictures of the bear in the Honda here.)

He said bears are common in his area, but this is the first time one of them made it into his car.

Roanoke County Officer Chris Thayer is the lucky cop who arrived on the scene. "The bear is laying down on the armrest. He is just laying down. The car is all fogged up,” said Thayer, “You can see damage from inside the car, but he's just sitting there looking at you just hanging out and tired and worn out."

According to a few pictures McClanahan got of the car, the bear did quite a number on his interior. However, if the bear hadn't had the good sense to honk for assistance, it could have been a lot worse. If you live in Salem, Virginia, you may want to consider bear insurance for your car.

No word yet on whether McClanahan will press charges against the bear.

When it comes to things you’ll never forget, it’s heard to beat a living bear chilling in an Italian sports car in California.