Jeff Gordon Is Great, but We’re Cheering for His Rolex 24 Teammate

Jordan Taylor is young, talented, and funny as hell. 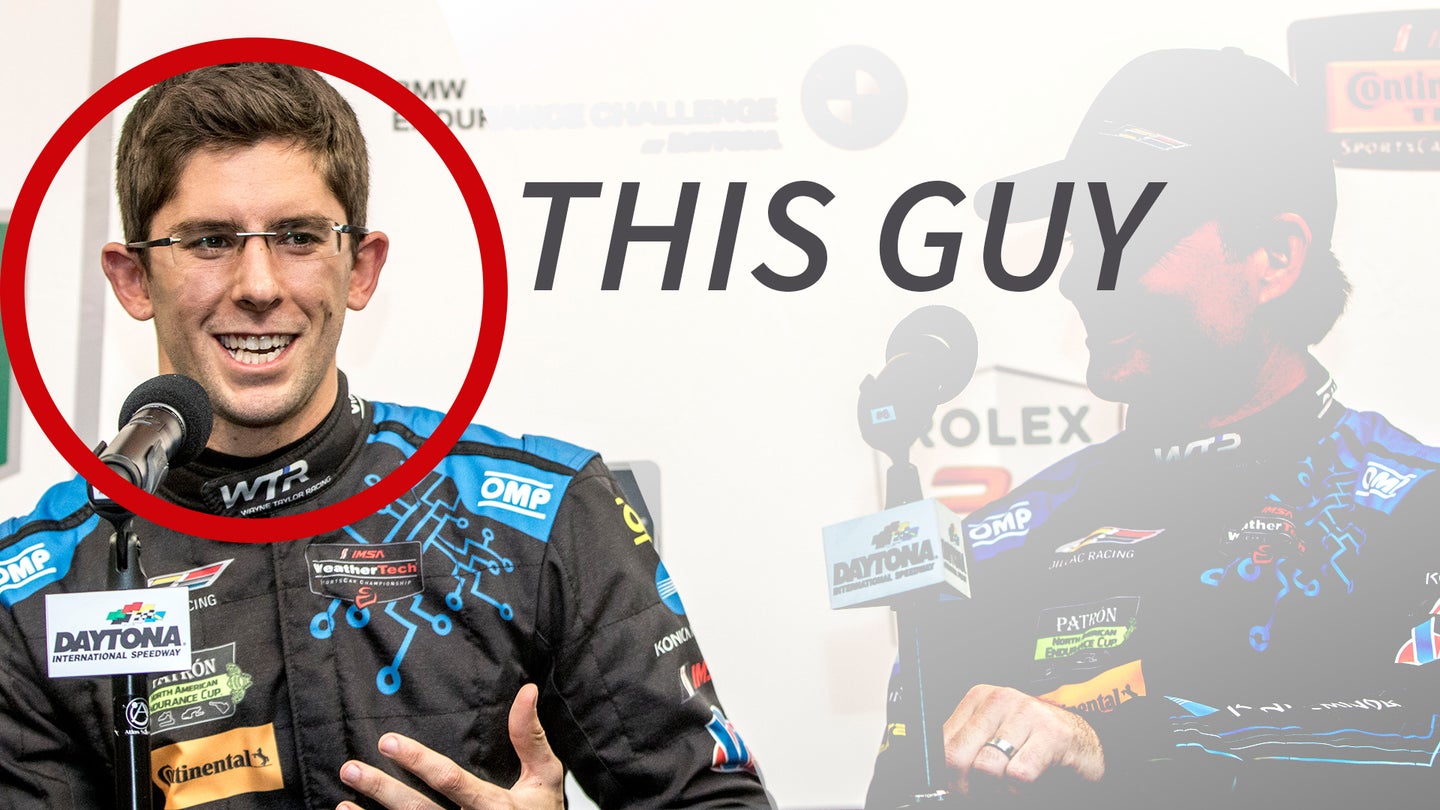 Mostly about the lack of character and grit in modern racing. Where are the Hunts? The Hailwoods? The Foyts and the Johnsons?

Meet Jordan Taylor, you sentimental whingers. He’s not just a character—sometimes sporting a balk-inducing mullet, satirizing his famous teammates, or forming godawful boybands in the paddock—the dude is also very, very talented behind the wheel. At Daytona, the 25-year-old is sharing a factory Cadillac DPi prototype racer with NASCAR legend Jeff Gordon.

Other notches in his belt? Well, the 2013 Grand-Am Championship’s a start. Oh, and a 2015 win at Le Mans in the factory Corvette C7.R. But those are just a couple highlights of a properly well-rounded racing resume. Big wins, strong finishes. Taylor's a proper wheelman.

That driver you’ve been wanting so badly to cheer for? The one with guts and brass and a sense of humor about their place in the world? He’s been right under your nose. If you’re looking for someone to cheer on this weekend, look for all the reporters and crowds surrounding Jeff Gordon. You’ll find your guy just off camera, only a few inches from stardom.

Plus, camping stools from Best Made Co for your next adventure.

Big News: Dodge and Sergio Are Ready to Return to NASCAR

Out since 2012, Sergio says he’s ready to come back to the series.