Hero of the Day: Chopper Karate

A high-powered kick in the face to start your morning. 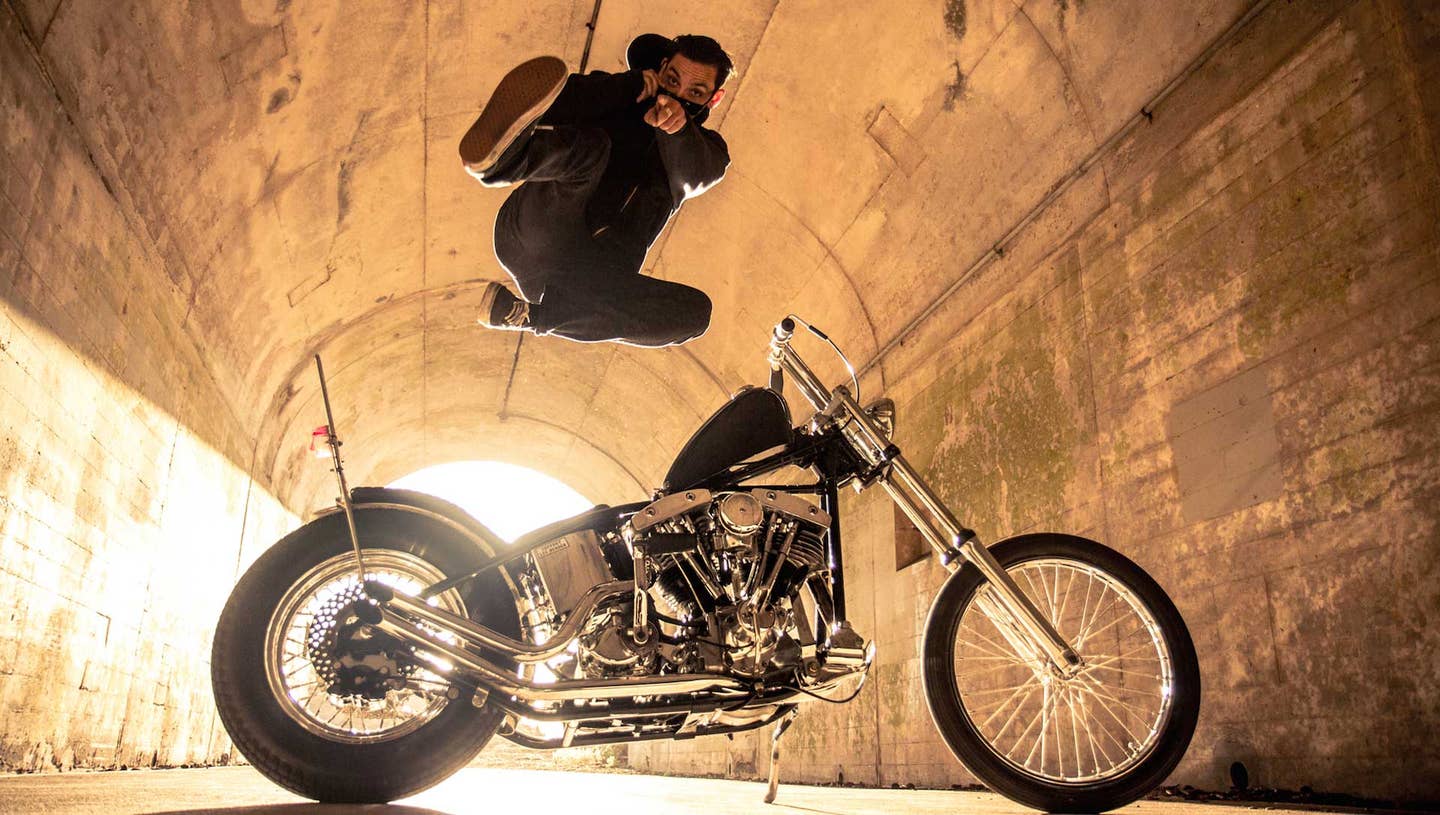 This guy, who knows how to get his kicks (even if he knows nothing about tae kwon do). Oakland-based Dan Hamilton, pictured here in Marin County, built his machine “out of a pile of parts.”

“It’s titled as a 1981 Harley,” he says. “It took about eight months to build. For being an old chopper, it’s super fun and reliable.”

First thing Hamilton did when he got this sucker running? Motored from the Bay Area straight to Mexico. And did his best Van Damme. Hero.