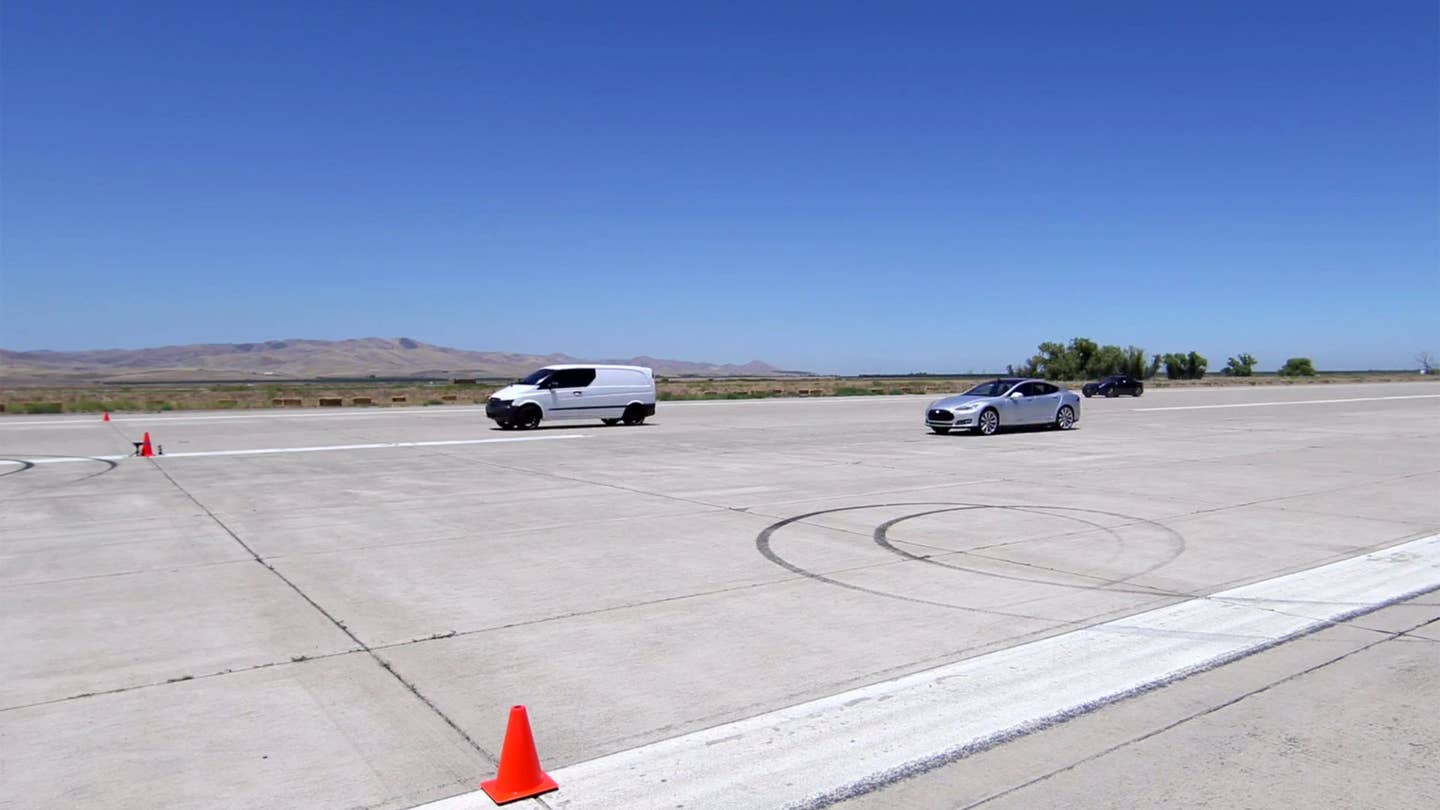 Never mind the controversy over Autopilot—here's something to really wipe the smile off Elon Musk's face. Say hello to Edna, a 900-hp electric cargo van that can outrun a Tesla—or a Ferrari—in a drag race. Think of this electric van as a battery-powered version of the infamous XJ220-powered Ford Transit.

Edna is a test-bed vehicle, used by Silicon Valley automotive start-up Atieva to test its electric motors, software, and batteries. Sooner or later, some version of Edna's powertrain will likely be found stuffed into a luxury sedan; in the meantime, however, the company is testing it out in a cargo van, which gives engineers plenty of room to work on cooling, wiring, and the like for the system's twin electric motors and 87-kWh battery pack.

But just because it's a test mule doesn't mean it lacks kick. As a demonstration of what the company's powertrain is capable of, Atieva lined boxy Edna up against a Ferrari California T and the current EV holeshot champ, a Tesla Model S, for a drag race in the California desert. (To be fair, it's unclear whether the Model S in question is the top-spec P90D version.)

The cargo van's claimed 0-60mph of 3.08 seconds may technically fall behind a full-bore Model S on its best day, but considering we're talking about a white shipping container on wheels, it's safe to say Edna effectively out-ludicrouses Tesla's Ludicrous Mode. That's the kind of speed you wish FedEx would display when trying to get your latest Amazon order on the doorstep.

Atieva is still very much a nascent company; the start-up has yet to build a factory, let alone a production car. And it's safe to say the odds are stacked against them. As the world has seen time and time again, turning a newborn performance car company into a profitable enterprise isn't easy. But if a van that can out accelerate a McLaren F1 doesn't make you send some good vibes Atieva's way...maybe you should go buy a Westfalia, or something.