Superior strategy and steely focus netted Hamilton yet another Grand Prix win on a track where Red Bull and Ferrari had the advantage. 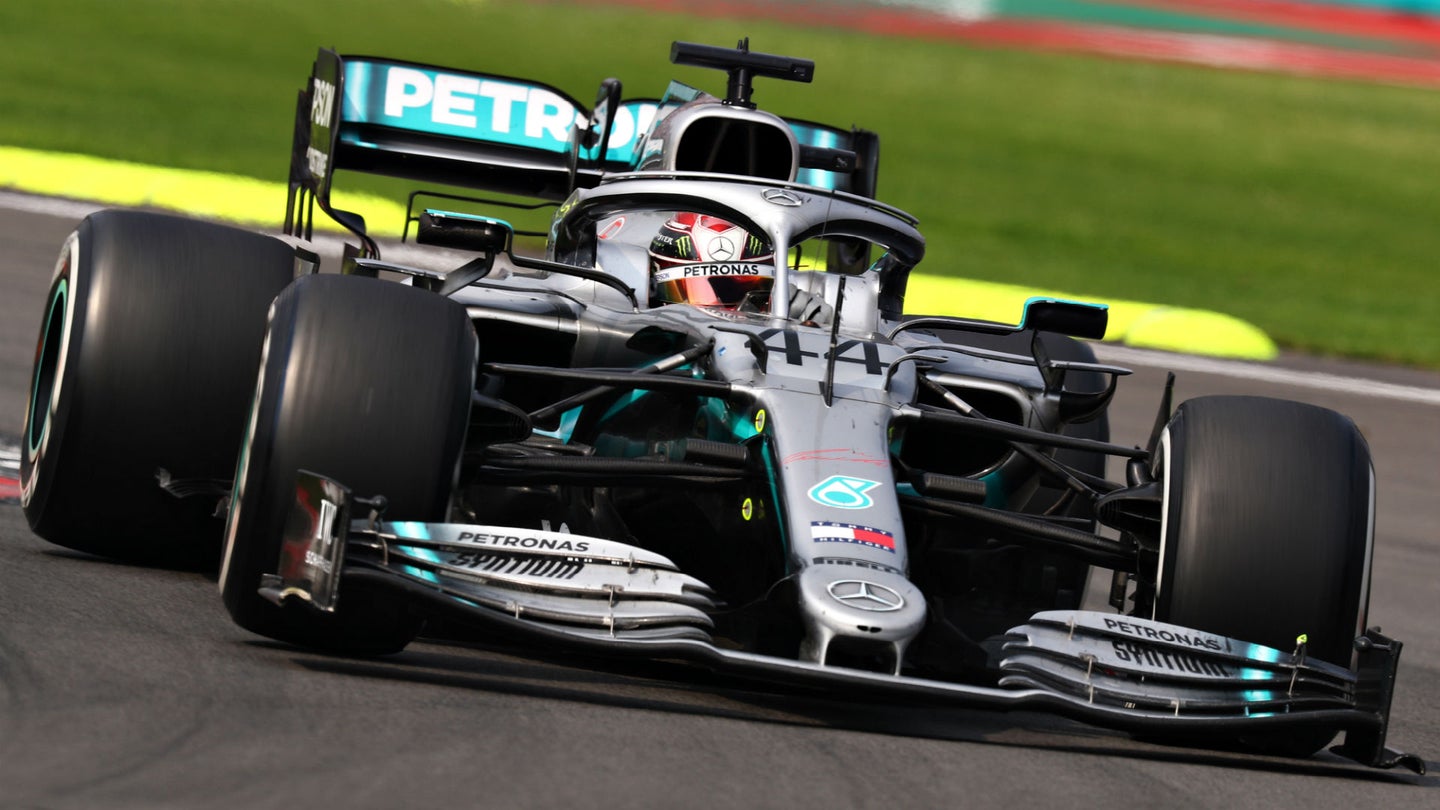 Hamilton shared the second row with Max Verstappen, who started fourth after a penalty that took away his pole position. The two clashed behind the leading Ferraris in turn two, making contact twice before running across the grass, losing positions and leaving debris behind. Race control triggered a Virtual Safety Car, which it lifted after cleanup concluded.

Verstappen's ill fortune continued when he lunged up the inside of Valtteri Bottas in the stadium section on lap four, his right rear tire contacting the Mercedes' front wing. A puncture developed on the start-finish straight, and Bottas breezed back past and through Lando Norris into P6 as Verstappen crawled to the pits. A set of hard tires later, Verstappen re-entered the race last.

Leclerc leapt onto a two-stop strategy after 15 laps, refreshing his medium tires. Sebastian Vettel reported his tires to be "peachy," and stayed out, dangling the race lead in front of Hamilton. The Brit didn't take the bait, and instead mounted a one-stop offensive, switching to hard tires after 23 laps.

Verstappen rejoined the points finishers on lap 31, taking 10th from Carlos Sainz on his swim upstream. Shortly after the 71-lap race's halfway point, Bottas and Vettel swapped to hard tires to finish out the Grand Prix. Leclerc followed on lap 43, but his stop went awry when a wheel wasn't tightened properly on his car, delaying his getaway by multiple seconds. His was the third disastrous pit stop following those afflicting Norris and Antonio Giovinazzi, each of whom tried to leave their pit boxes—but not the pit lane itself—with loose wheels, caught on each occasion.

Though the pit snafu didn't actually change where Leclerc re-entered the race, it may have defined where he finished it: Off the podium. Save for when Alexander Albon pitted the lap after Leclerc, the top five saw no change of position for the remainder of the race. Highlights included Kimi Räikkönen's retirement and a rare, spectacular failure at an overtake by Daniel Ricciardo, who flew past Sergio Perez into turn one while executing his famous braking dive, with the front right locked up and brake dust billowing from his wheels.

Hamilton topped the podium ahead of Vettel and Bottas, though it was sixth-placed Verstappen who took the Driver of the Day vote for his comeback from dead last. While Ferrari's rising star Leclerc may not have finished on the podium, his pole here marks his seventh this season, the most for a Ferrari driver since Michael Schumacher in 2004.