The competitive swimmer will get a chance to pilot the 460-horsepower Chevrolet Corvette Grand Sport. 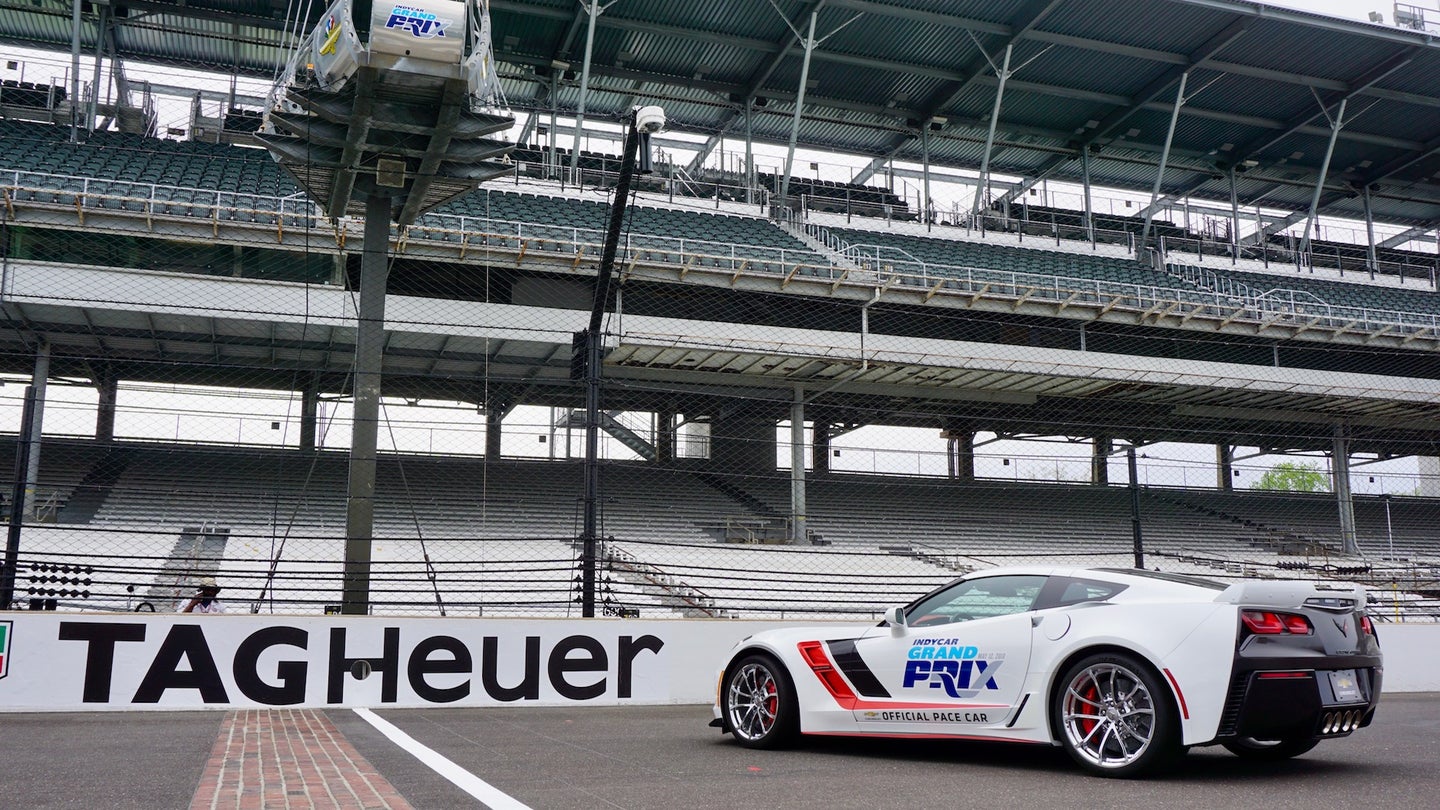 As an Evansville, Indiana native, King isn't a complete stranger to the Indianapolis Motor Speedway or IndyCar. That being said, her idea of racing is just a bit different than what she'll witness today when 24 daredevils fight it out wheel-to-wheel around the 2.4-mile road course nestled within the iconic 2.5-mile oval.

"We've never had a female pace the IndyCar Grand Prix, as we've never felt that we've found the right fit," Douglas Boles, Indianapolis Motor Speedway President, told The Drive. "It's the IndyCar Grand Prix, it's all about Indiana, it's about kicking off the month that leads to the Indy 500, so when we thought of Lilly we realized she was a perfect fit. She represents Indiana on the world stage, so we decided to ask her not knowing if she'd be interested at all."

Because slipping rapidly and skillfully through the water is a bit different than driving a 460-horsepower Chevrolet Corvette Grand Sport, King has been putting in quite a few practice laps at the Indianapolis Motor Speedway, which is where we caught up with her recently.

"I was so excited when they asked me to do this! I get a lot of requests from my agent, but they typically don't involve driving a pace car," King told The Drive. "I'm super excited, it's going to be a lot of fun."

"I've never done anything like this before and I never realized how hard it would be," King continued. "Most people would think it's just like driving around normally around a track, but there's a lot of work to put in to do it properly. It certainly makes me appreciate this sport even more."