Monger, who lost both of his legs during a racing crash last year, will help raise funds for ‘Spinal Track.’ 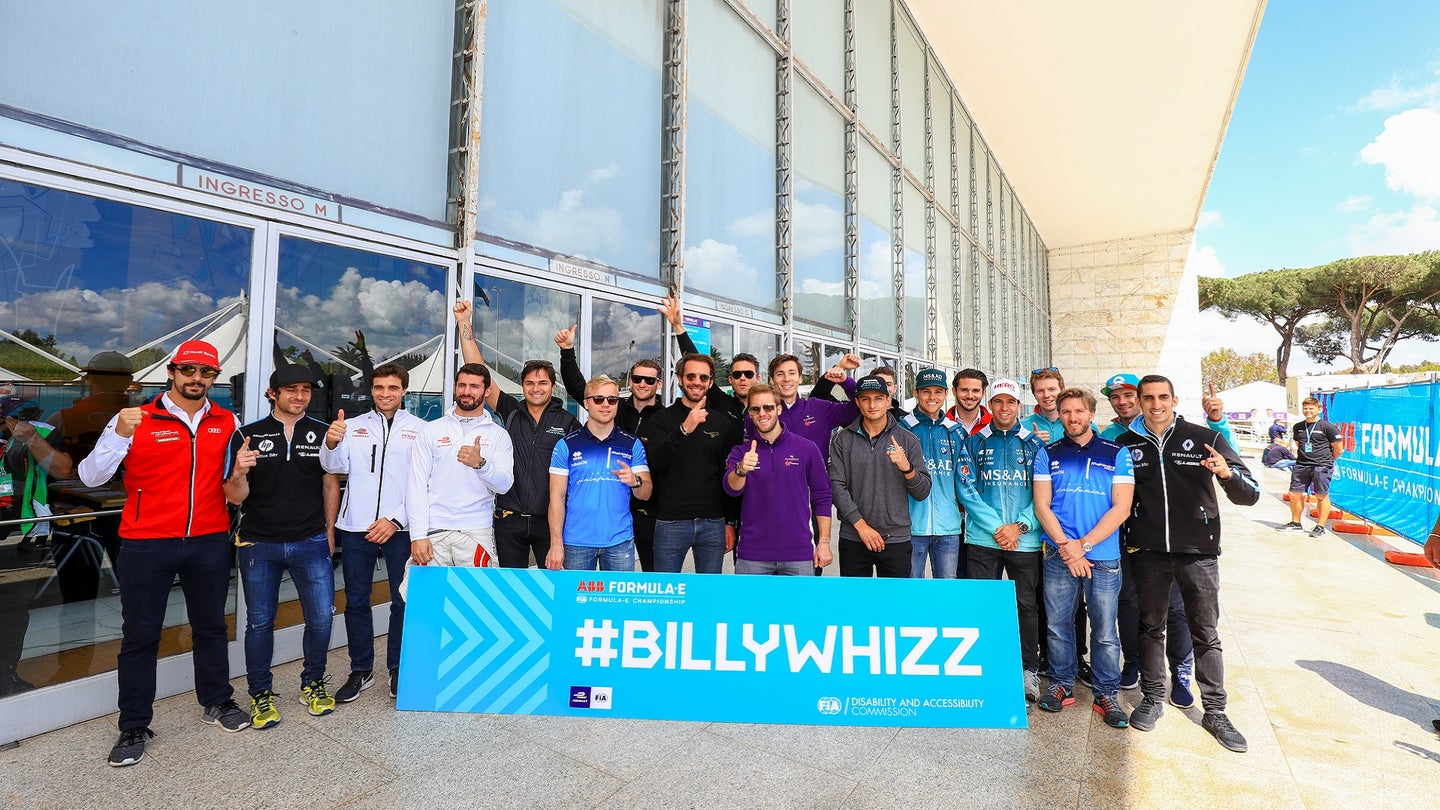 The RCK karting track outside of Paris, France will be taken over by some of Formula E's most popular racing drivers and motorsports celebrities on the days leading up to the Formula E Paris E-Prix. The popular French racing venue will host a celebrity karting race in Honor of Billy Monger, which will benefit the Spinal Track charity organization that provides disabled drivers a path to get back into racing.

The celebrity karting race is spearheaded by the current Formula E championship leader Jean-Eric Vergne, with the support of the newly established FIA Disability and Accessibility Commission and its President Nathalie McGloin. Billy Monger, the young British racing driver who lost both of his legs during a racing collision last year, will be in attendance and will participate in the celebrity race thanks to hand-control devices that have been applied to his kart.

"Less than 12 months after his crash, Billy returned to single-seater racing using a specially-adapted car and finished third on his first race back," said Formula E driver Jean-Eric Vergne. "This outstanding news proved to us all that no one should ever give up on his or her dream—and that if we all stand and work together we can make a difference. We make the impossible possible and we can motivate others to follow the same path."

Speaking of karts, the race-prepped karts that will be used in the competition will be propelled by electric motors instead of internal combustion engines. This is Formula E, after all. These will give participants the opportunity to have a great deal of fun, benefit a great cause, and also show the world that small electric karts are simply the stepping stone to full-fledged electric race cars used in Formula E.

"Billy will come and race with us at RKC—my karting track on the outskirts of Paris—for the #BillyWhizz charity kart race on April 25," Vergne said. "I’d also like to give special thanks to SODIKART, who has built 25 electric karts for this occasion,” he added.

Monger recently finished second place in his very first race following his traumatic accident. The race took place in Oulton Park and it gave the former Formula 3 driver the encouragement and determination to become a helping hand to others with similar conditions.

“I’d love to give back to the motorsport community and this is a great way to do this," said Monger. "It’ll be a great experience for me, as I plan the next stage of my career to instruct other racing drivers in single-seaters and saloon cars—once I have my ARDS instructors license.”

The teenage racer lost both of his legs as a result of the incident last April.