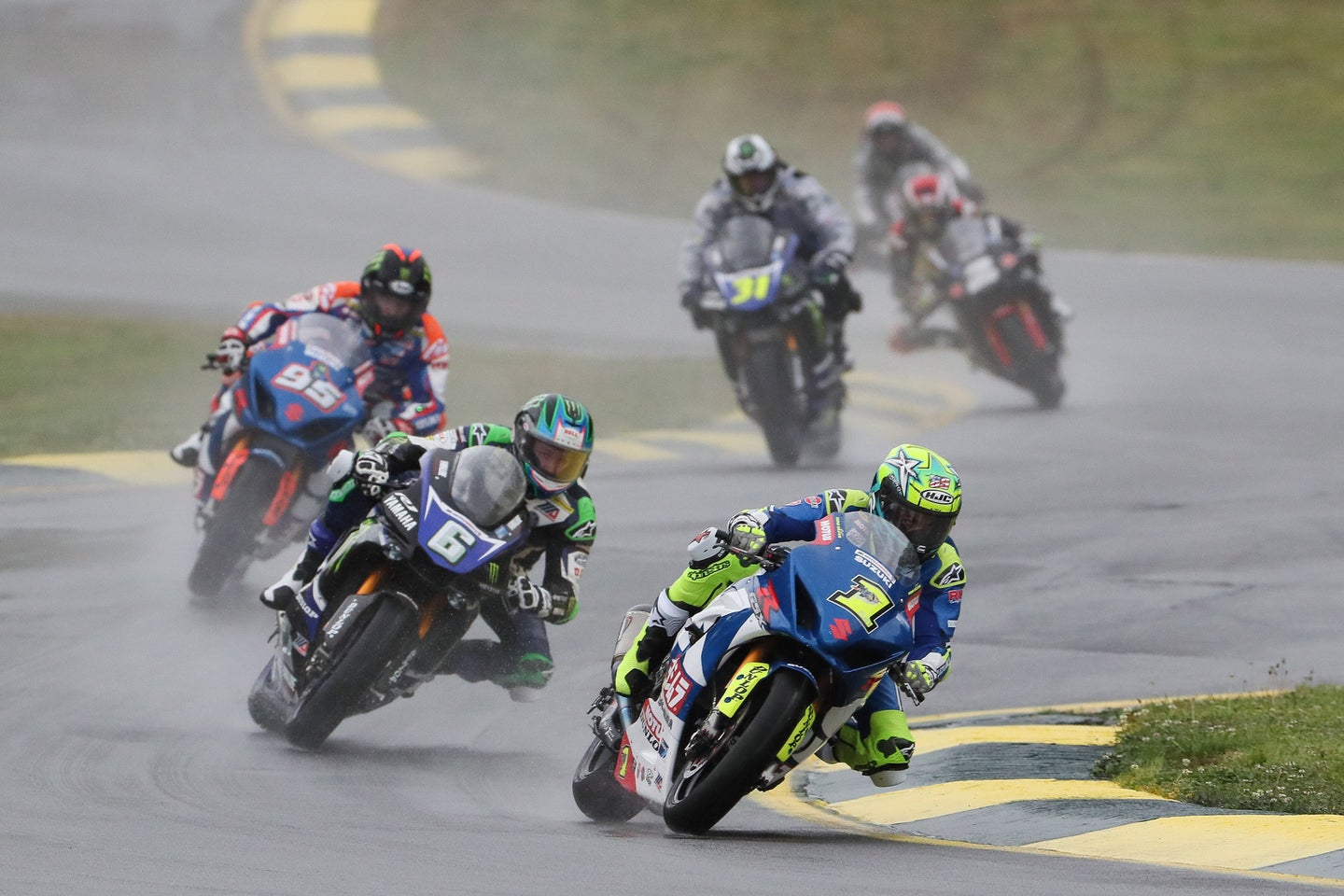 Sunday’s race was run in treacherously wets conditions and was a tight race-long three-way battle for the win between defending ​MotoAmerica Superbike​​​ champion Tony Elias, teammate Roger Hayden, and Factory Yamaha’s Cameron Beaubier, with multiple passes throughout the race and each taking turns leading across the finish line.

The battle for the win was reduced to two riders when Hayden crashed out of the lead, though he was able to remount and finish on the same lap in fifth place. Beaubier and Elias continued to trade the lead with Elias making a late pass with just a couple laps remaining in the 18-lap race, taking the win by a scant 1.639 seconds, after running his fastest lap of the race on the last lap.

After Sunday’s race, Spanish rider Elias said; “I didn’t expect to win a wet race. Since 2001, I have not won a wet race. This was really important for us. It is good. I was trying to use my brain during the race but a wet race is difficult. The bike was good, I gained confidence and found the pace. At the end I was able to go a little bit more. I am happy. We will have to fight a lot this year, but I will try to be consistent.

Finishing in third place was Matthew Scholtz, who did it the hard way. Scholtz, riding for Yamalube Westby Racing, ran off track to avoid running over a crashed rider and motorcycle in turn one on the first lap, rejoining the race in 12th -place. From there to the end Schultz put his head down, as they say in motorcycle racing, and, after some hard riding and the help of a few more riders hitting the pavement, Scholtz earned the last spot on the podium and second place in the ​MotoAmerica Superbike​​​ championship, behind Elias.

MotoAmerica At The Circuit Of The Americas

MotoAmerica had their first stop of the 2017 season at COTA.