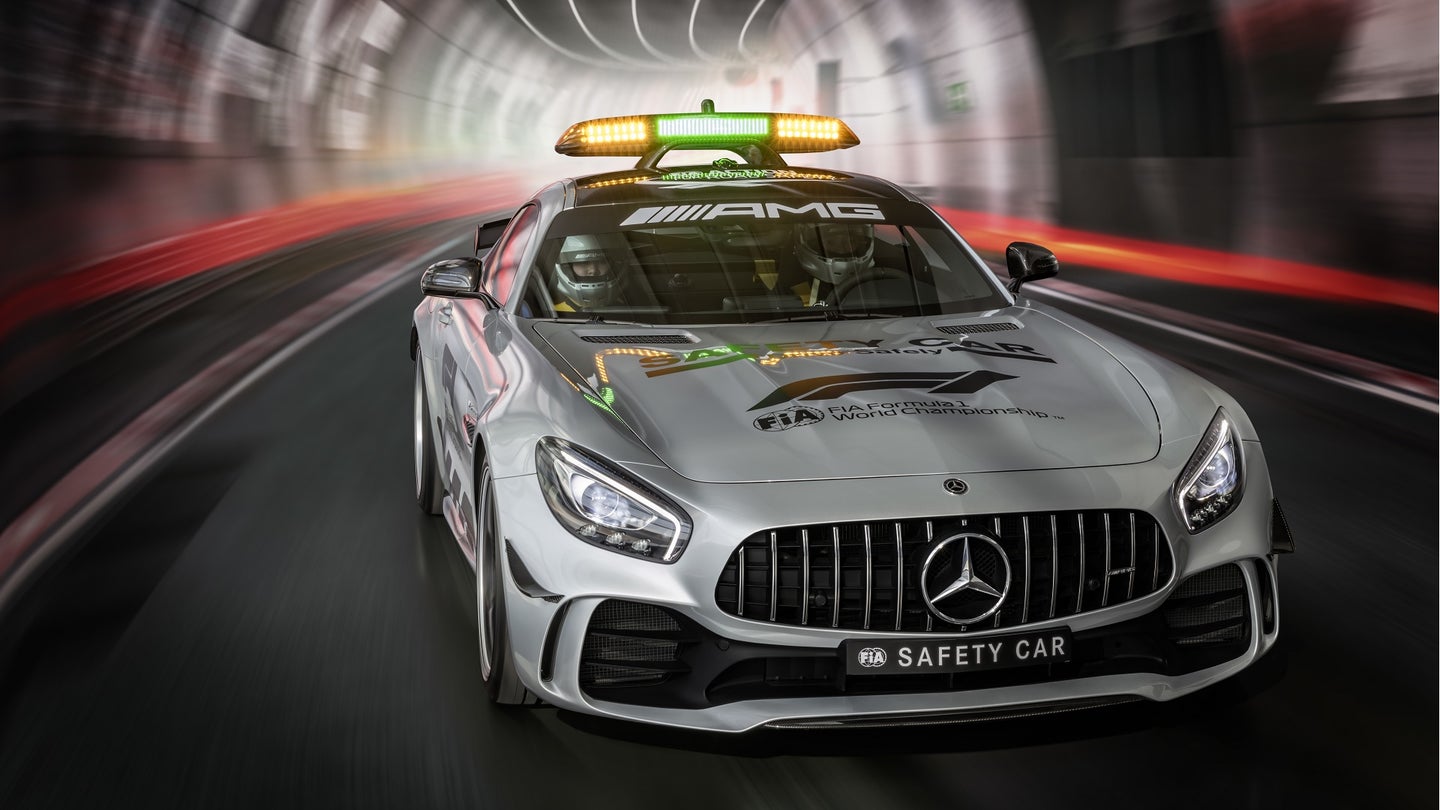 Every year, the Formula 1 season opens with the promise of fast cars and excitement on the track. This year, Mercedes hopes it can steal a little spotlight with what it’s calling "the most powerful official FIA F1 safety car of all time."

The new pace car for this year is a Mercedes-AMG GT R putting down 585 horsepower. It’s very close to the model you can walk into a Mercedes dealer and buy yourself, with a few choice modifications.

Among the mods included on this particular AMG GT R are the AMG Track Package, a light bar on the roof and a carbon-fiber air scoop. The AMG Track Package includes a roll-over protection system as well as a ceramic high-performance compound braking system. Obviously, the light bar on the roof isn’t something you can order up directly from the factory.

The pace car will be driven by Berd Maylander with co-driver Richard Dark keeping an eye on the rear-view mirror.

“I am very much looking forward to my new company car. It is an absolute highlight in terms of driving dynamics and is one level higher up still than the AMG GT S of recent years. Of course, ideally the safety car should be deployed as rarely as possible—but when we have to safely bunch up the Formula 1 field and lead it around the track, we will be superbly equipped with the AMG GT R,” Maylander said.

As if driving an AMG GT R wasn’t awesome enough, now owners have another reason to brag about how it keeps F1 cars in its rear-view mirror.

Two European tuners have turned the ‘Beast of the Green Hell’ into something more maniacal.