Check out what's new to the competition this season. 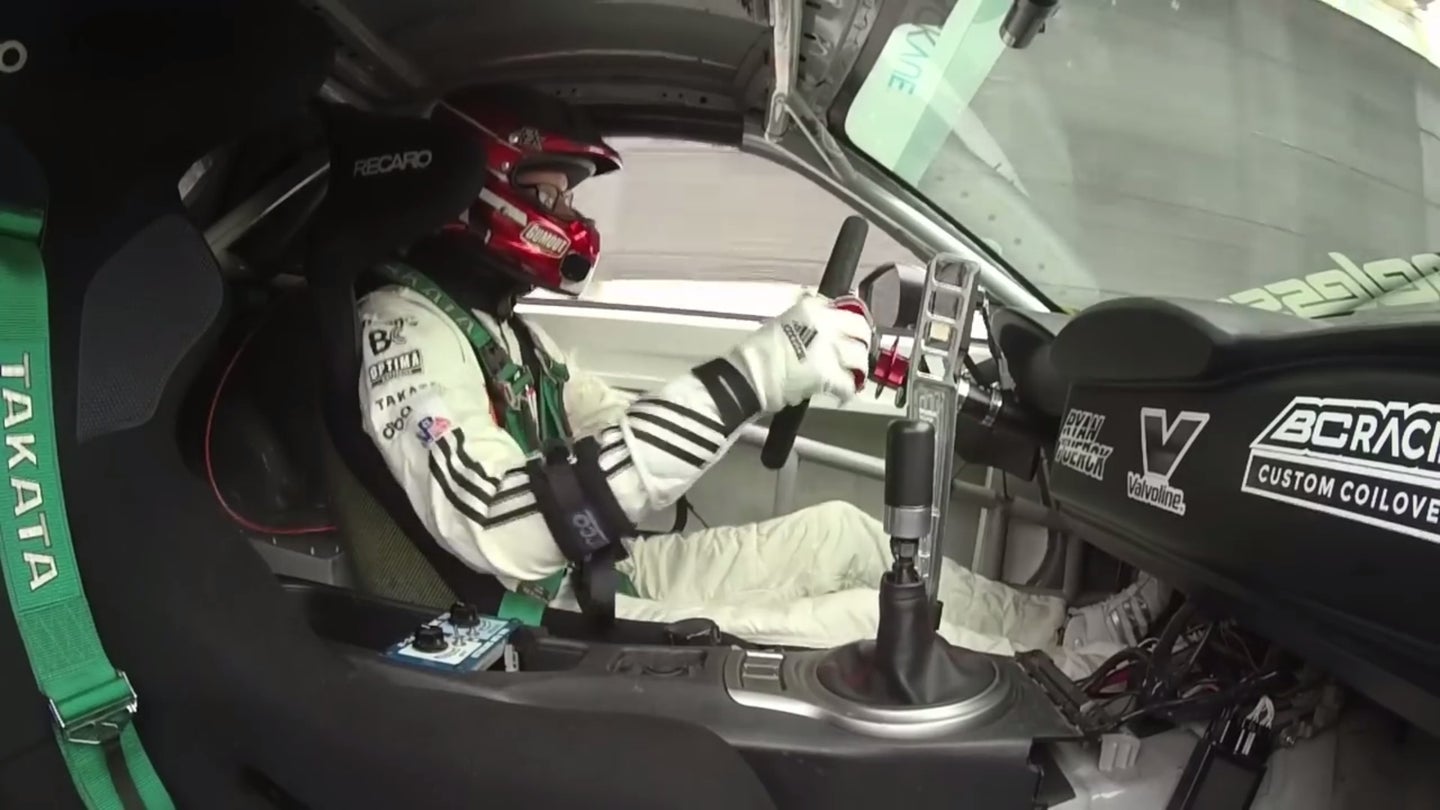 Formula Drift is one of the most exciting forms of motorsport. Hot rod builds laying tire smoke everywhere and thousands of gearheads, what's not to love? On top of that, some Formula Drift drivers are producing some of the most consistent content on the interwebs and we love it. Recently, series officials released the 2018 technical regulations aka the rulebook for the upcoming FD season.

"Series rules & regulations is a consistently moving topic.  We have to stay on top of vehicle changes and development as well as react to the effects of regulations we put in place.  Many people look at a rule with tunnel vision." said Formula Drift Competition Director Kevin Wells. "Rules that are put in place have a chain effect on things like car build, vehicle performance, safety, etc. thus it is an ever-changing task.  Our primary focus is on safety, parity, enforceability and cost containment with the end result of producing better on-track action."

The Formula Drift rulebook is broken down into eight sections:

Before I list out the changes so far, I want you to think like I do with any rules or any sign you see in life. The rule changes below are there because a race team either did it last year or was going to attempt to do it this year. The only section that has remained unchanged is section 1, Competition Vehicles.

The changes start in section 2, Chassis. Under section 2.1 Chassis Modifications, it added rule K, "No other modifications may be made to the vehicle chassis, frame, or unibody including the installation of air jacks." And under rule L, "The use of air jacks during Competition and Competition time out [sic] is strictly prohibited."

Section 3 has a few changes. In the Suspension and Brakes section under 3.5 Brake System, it added rule K, "Carbon fiber, carbon ceramic, and carbon variant brakes or rotors are not allowed." Also added is section 3.6 Wheels, rules D-F which state the following: "D. Center lock, mono lug, and center lug wheels are prohibited. E. Carbon fiber or hybrid carbon fiber/alloy wheels are not allowed. F. PRO Series vehicles will be required to have stickers on each tire or a contrasting color on a specific portion of each wheel during official practices, qualifying and competition. a. Tire stickers must be a minimum of 1 inch tall with 2 stickers per wheel. b. Wheel coloration examples are in the figures below, the shaded areas are examples of allowed coloration placement."

Section 4, Drivetrain had the most changes. First up under section 4.1 Engine, it added rule C, "Skid plates are allowed for the protection of engine associated components such as lines for oil, cooling, and fuel. Skid plates shall cover the minimal area needed for the protection of those components. Metallic skid plates shall be made up of a maximum thickness of .125-inch steel or .1875-inch aluminum." Next, 4.2 Cooling System was updated with rule D, "All engine components and exterior components that support engine operation such as coolers, pumps, tanks, and lines must be protected and within the confines of the factory frame rails and factory bumper or tubular bumper structure." Of all rule changes to the 2018 Formula Drift Rulebook so far, 4.3 Oil System, which is an addition to rule A, does not even sound like a rule, more like pirates code—guidelines. It is a recommendation, not a statement, "Wristbands are recommended on all breather filters." Under section 4.4.1 Fuel System, rule L has been added stating, "Pressurized refueling is prohibited." The last change for section 4 is under 4.8 Transmission, rules C-E have been added stating: "C. Clutch release must be manually operated by driver’s foot. D. Automatic transmission prohibited. E. Automated, timer-type, pneumatic, electric, electronic, hydraulic, etc. shifting mechanism prohibited; each individual shift must be a function of the driver and controlled manually."

A simple change to Section 5.1 Battery, rule A, "All batteries must be connected and in use." (I think this is the biggest example of my statement earlier, someone either used batteries as weight last year or was thinking about doing it this year.)

Section 6 changes focus on keeping wings from breaking things and decals. Section 6.3 Wing, rule A was added and states, "Wings that are multi-piece mounted on standoffs and those that are not directly attached to the trunk will be prohibited at tracks where they may come into contact with walls, fencing, and signage. Examples of such tracks include, but are not limited to Long Beach, Orlando, Wall, Las Vegas, and Seattle." Also added is rule D to Section 6.9 Decals, which states: "No non-approved Formula DRIFT Tire Sponsor or Tire Supplier logos are permitted anywhere within the event venue(s), on vehicle transports or rigs, competition vehicles, uniforms or driver suits. Additionally, no material or promotional items are permitted with non-approved tire manufacturers branding and/or logos allowed at Formula DRIFT events." And 6.9.2 Decal Placement Key states, "4. or 5. (1) Passenger side Formula Drift Sponsor Decal." This particular rule basically makes drivers place decals at the lower passenger window view, selling window space like Ricky Bobby, and if you do not channel your inner Ricky Bobby it'll cost you—$500 per event.

The changes to Driver's Safety Equipment are for what the drivers wear. Section 7.1 Helmet, rule C states, "Helmet visors must be closed during on-track sessions." Section 7.2 Driving Suit simply states that the PRO and PRO2 Categories of Formula Drift have new patches, "PRO and PRO2 will have different patches for 2018 Contact the FORMULA DRIFT office to obtain the NEW updated digital file or patch."

Regarding the PRO categories' Tire regulations, they remain unscathed at the moment, but the PRO2 Category had a bunch of tire changes. Section 8.3.1 Official PRO2 Tire Suppliers, rules A-C state: "A. All PRO2 tires must be purchased from an Official Tire Supplier. B. Sponsorship of teams is up to the discretion of the Official Tire Suppliers. C. Tire pricing will be $100.00 per tire including delivery, mounting, and track side support." Not only which tire, but the size of the tires have been stated in section 8.3.2 PRO2 Tire Size Regulations, "C. No tires with a sidewall size larger than 255 will be allowed in competition. D. Tires must be used unmodified, as supplied by an Official Tire Supplier. Filing, buffing, or any other disguising of tire sidewall is prohibited. E. The use of tire warmers, chemical treatments, or any means to artificially enhance tire performance is prohibited. F. In the event of an eligibility protest the team must be able to produce documentation showing the purchase of the tires. G. The following tires are the only rear tires allowed in PRO2 competition regardless of measured width: Achillies 123S 255/35ZR-18 and Nexen SUR4G 255/35ZR-18"

If you want to peruse the Formula Drift Rulebook yourself to see the rules that were not changed as well as stay on top of future changes as the season begins you can check out a PDF version at the Formula Drift official website.