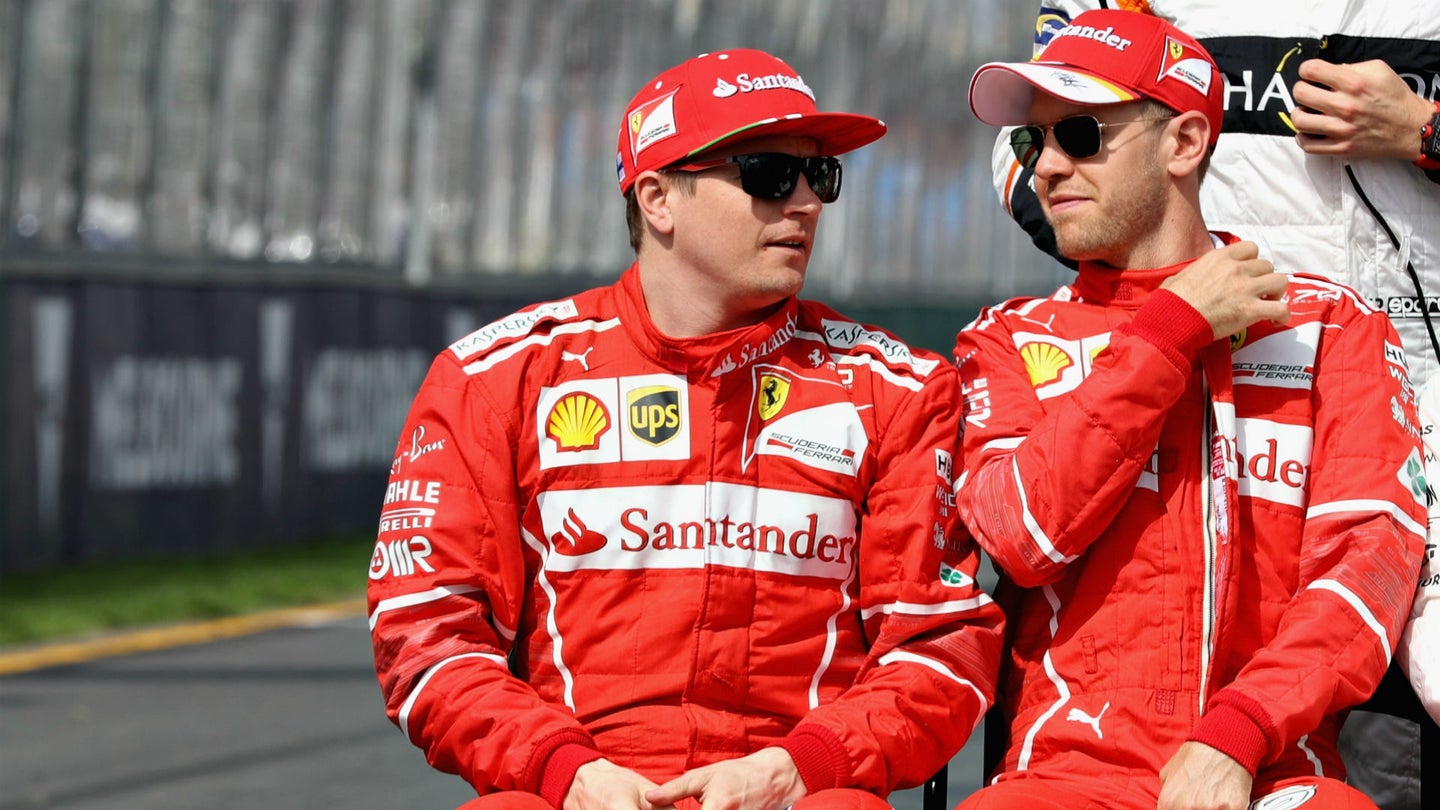 Ferrari ace Sebastian Vettel has kept the rest of the F1 grid on its toes in 2017, battling it out with Lewis Hamilton for the top spot in the drivers' championship. His enhanced competitiveness this year is due largely to the much-improved Ferrari car, one that Hamilton called the better machine earlier in August; however, some speculate that his success might boil down to team orders given by the Maranello pit crew. Upon hearing the rumor that Ferrari has been arranging Vettel's wins over teammate Kimi Räikkönen, the German driver was very much surprised, and denied that such tactics have been used this season.

"I am a bit surprised by the way things are put," said Vettel in a report from Autosport. "I can't speak for other people, but Kimi and myself were racing each other the whole year."

He confessed that Räikkönen would come back with the same response.

"I read or heard after Hungarian GP that he was protecting me. If you speak to him, he'll make it pretty clear." Vettel continued, "I don't think he was leaving anything behind, if he had opportunity properly to pass me he would have tried, and that is fair enough."

Vettel explained that he and Räikkönen had been "racing for the team," doing whatever was best for Ferrari as a whole. He added that winning races is still the most important aspect of his strategy as just seven points separate him from Mercedes's Hamilton. This was backed up by his efforts at Sunday's Belgian Grand Prix, which Lewis won, where Vettel admits he drove as hard as he could to pass the Brit.

"Obviously you need to be aware of what you are doing, but it wasn't like I was saving myself ... I tried everything I had at the time. I stuck with him the whole race, maybe not wheel-to-wheel, but it was really close and intense from driving point of view."

He and Ferrari intend on a strong showing at Monza this weekend, taking bits and pieces that they learned from Spa. According to Vettel, Ferrari has got the pace to keep up with the fast Mercedes duo, and the Italian GP is a great place to show that power off.

"There are some things that I learned from Spa, we learned as a team, things that maybe I would do a bit different," he said. "Going into this weekend we need to be fair and say this track suits Mercedes, but the performance last week gives us hope, so we'll try to do the best.