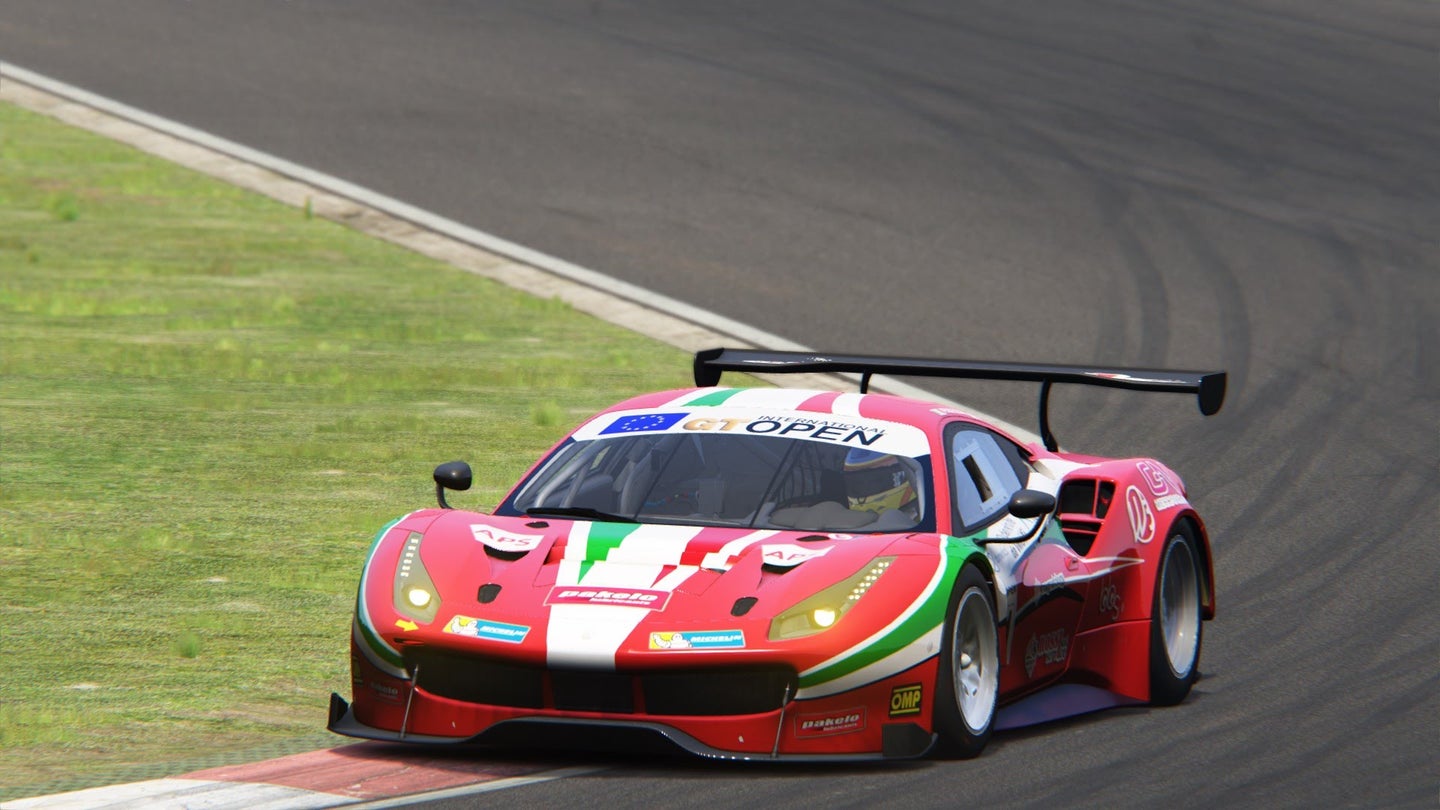 Many have cried sacrilege since the debut of the not-so-naturally aspirated Ferrari 488 family. The model's downsized turbo engine has increased both horsepower and torque significantly over the 458, but some people don't seem to care about that. We recently posted a clip of the 488 GT3 racer flying around track with turbos spooling and whooshing, and now we've stumbled upon footage of the last generation 458 Challenge car. In order to settle some disputes, we're going to pit them against each other to see which you prefer once and for all—high-revving N/A or theatrical forced induction?

First to bat is the old school 458 Challenge. Lightened significantly from the standard Italia model, this car is a no-nonsense screamer that incorporates Ferrari's racing pedigree in a beautiful way. It's clad with carbon fiber and polycarbonate windows to enhance the motorsport feel, and thanks to the 4.5-liter V8, it catapults to a 9,000 rpm redline. It makes 570 horsepower way up high in the rev range, and thanks to a wonderfully tuned exhaust, it emits a noise like this:

Next up is the 488 GT3, a title-contending machine with a pair of snails. The small displacement 3.9-liter V8 provides more low-end oomph thanks to its turbochargers and has proven successful in the GT3 series against competition like the Audi R8 LMS and BMW M6. Though not a direct comparison as far as racing spec goes, the testing stands true to the purpose. Listen here as the car whistles and wallops around the circuit.

So which do you prefer? The atmospheric, traditional 458 Challenge or the hardcore 488 GT3? Both have their place, but only one can hold the title of Soundtrack King. Let us know in the comments or on The Drive's Facebook page!