They used to be all wheel drive—now they’re just awesome. 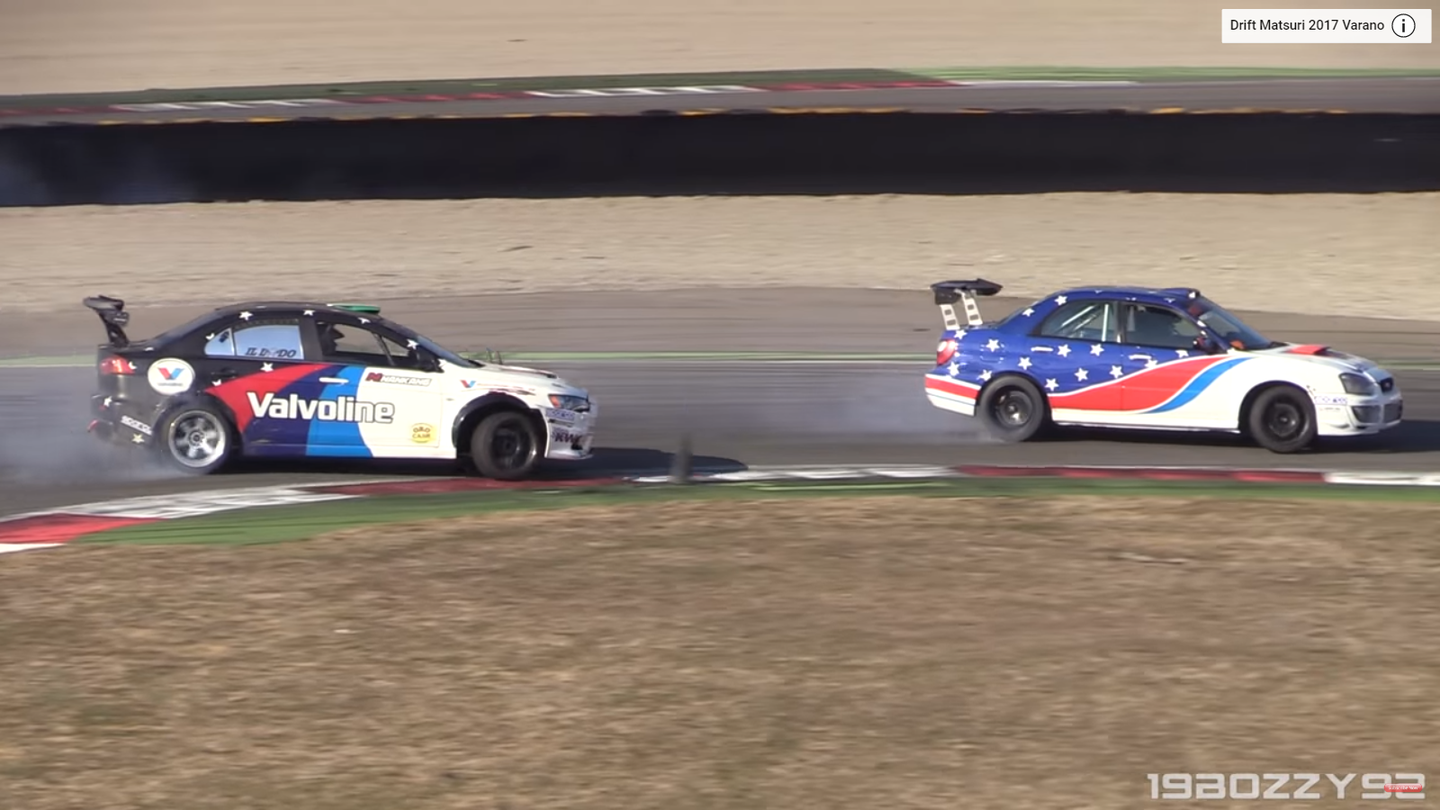 Don't even bother to argue it: The Subaru WRX STi and Mitsubishi Lancer Evo X are basically the most nerd-celebrated cars of this decade. They're prized for their offroad capabilties and rally heritage, and they have awesome AWD systems. Enthusiasts build them with body armor and gravel tires, and that tends to make the owners go insane. Watch here as they duke it out on track, seeing who can make the most smoke and score the biggest reaction from the crowd.

Both of these cars are part of the PIMA Racing drift team and sport similar red, white, and blue liveries. Each of them feature factory engines that have been modified for extra power, a somewhat rare sighting in the drift scene as everybody seems to opt for LS or 2JZ swaps. Their front differentials have been disconnected, allowing them to slide around freely which makes for plenty of theatrics.

It's certainly strange seeing these cars skid across anything that isn't dirt. We've always known that they make viable track weapons, but that's for fast lap times, not drift points from the judges. They're inherently balanced with a near-even weight distribution from front to back, meaning that they should do just fine in the sport. The drivers seem up to the challenge as they dance around the Italian track in this video.

Check out these other cool stories from the world of drifting, including the infamous wing slap from Import Face Off in Topeka, KS.

All the smoke and sideways car your little heart desires.

Not the same heroics you’d expect from an event like this.