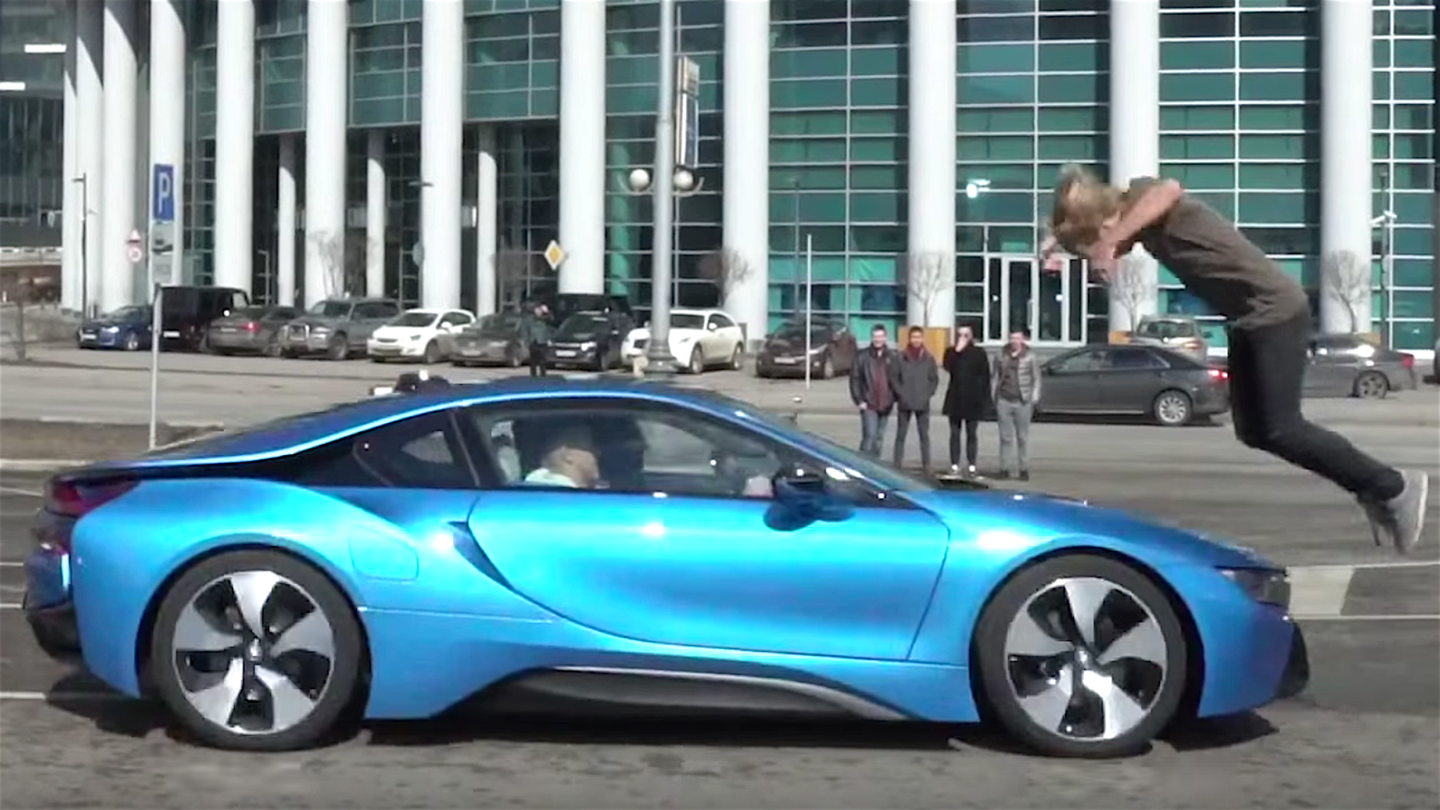 Sometimes, humans do dumb things. For example: Jumping over a sports car when it's driving toward you at speed is a dumb thing to do. Well, it's probably smarter than just letting the car hit you (at least, we'd like to think so), but we still wouldn't recommend doing so.

But that's because we're not trained stuntmen, and we assume you aren't either. Unlike the gentleman in the video below.

The clip, shared to YouTube Monday, shows Oleg Sherstyachenko, 25, jumping over a BMW i8 successfully, according to Daily Mail. The stunt person even manages a barrel roll while flying over the plug-in hybrid electric car.

"Of course, there is some insecurity, but we will make it happen," Sherstyachenko said before performing the stunt, according to Daily Mail. "Everything will be fine. Maybe we'll have to call an ambulance. It is a joke, of course. No need for an ambulance."

The car was traveling at 60 miles-per-hour when Sherstyachenko jumped into the air, Daily Mail reports.

Uh, and in case it wasn't obvious...don't try this at home.

Details regarding the models still remain sparse, but it’s great to see them attacking the ‘Ring.

Drive Wire: Check Out The Bike Stunts At Downhill Taxco