This guy pretty much overtook as many people as the #2 Porsche 919 Hybrid did at Le Mans. 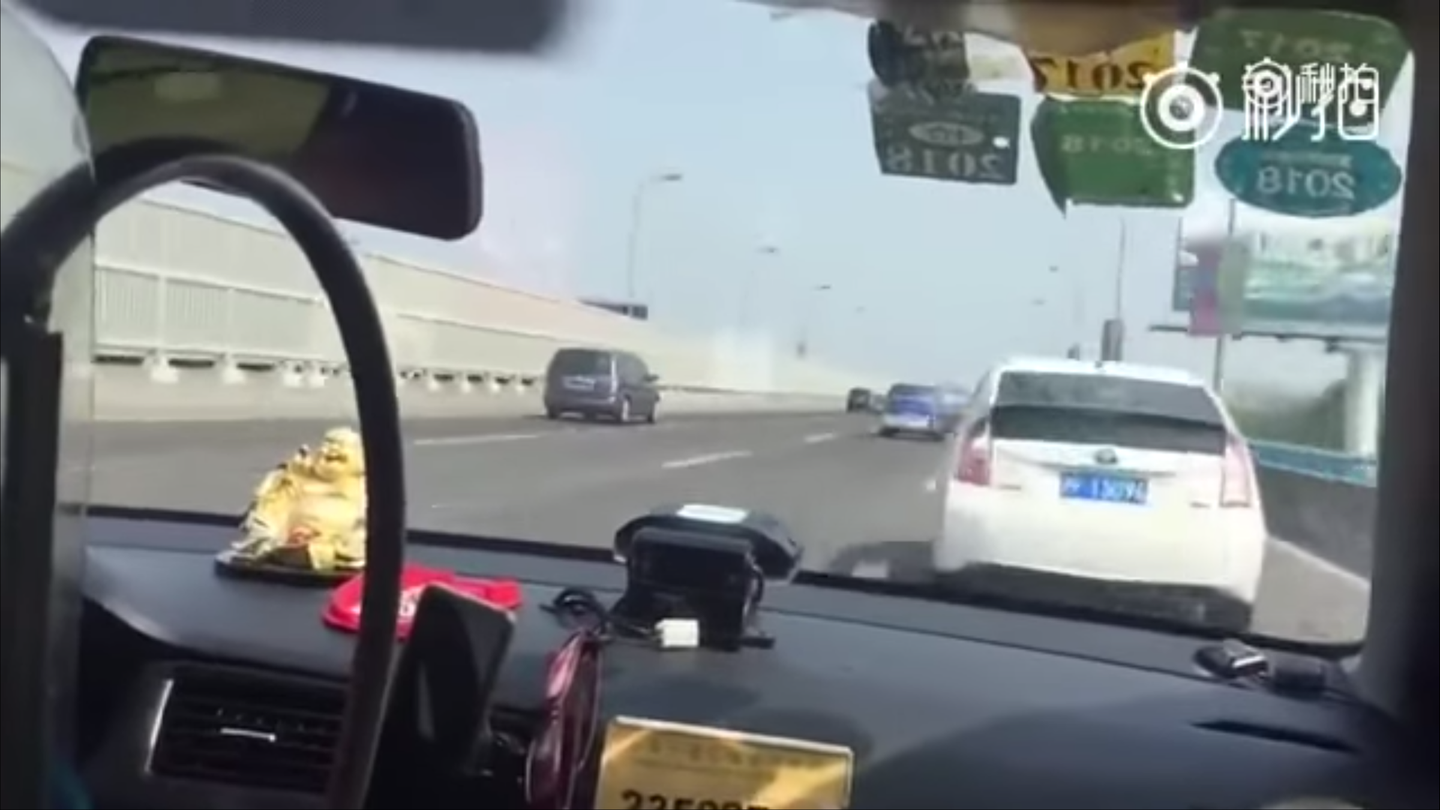 This is something that could never happen in New York City. In this video, you'll see a Chinese taxi driver weave through heavy traffic in the metropolis of Shanghai, making 50 passes in under two minutes. While it may not be as innovative as an Uber or Lyft, this guy is making a case for his ability—or insanity—when it comes to piloting the congested highways of China's biggest cities.

According to a report from Shanghaiist, this clip was filmed by a Japanese tourist. It goes without saying that she was more than concerned at the end of this thrill-ride. The taxi left from the Pudong International Airport and went on its way, whizzing in and out of the four-lane road and merging onto highways without skipping a beat.

Sadly, the camera never pans down to the speedometer. We imagine that this shuttle was going over triple digits, an impressive and probably dangerous feat with a passenger and luggage in tow. Regardless of how fast he was going, it makes for one of the more entertaining videos that you'll see today.

Have you had a similar encounter with a taxi driver? Were they going like stink, or did they just plain stink? Drop us a line in the comments or on The Drive's Facebook page and let us know your worst taxi/Uber/Lyft experience.