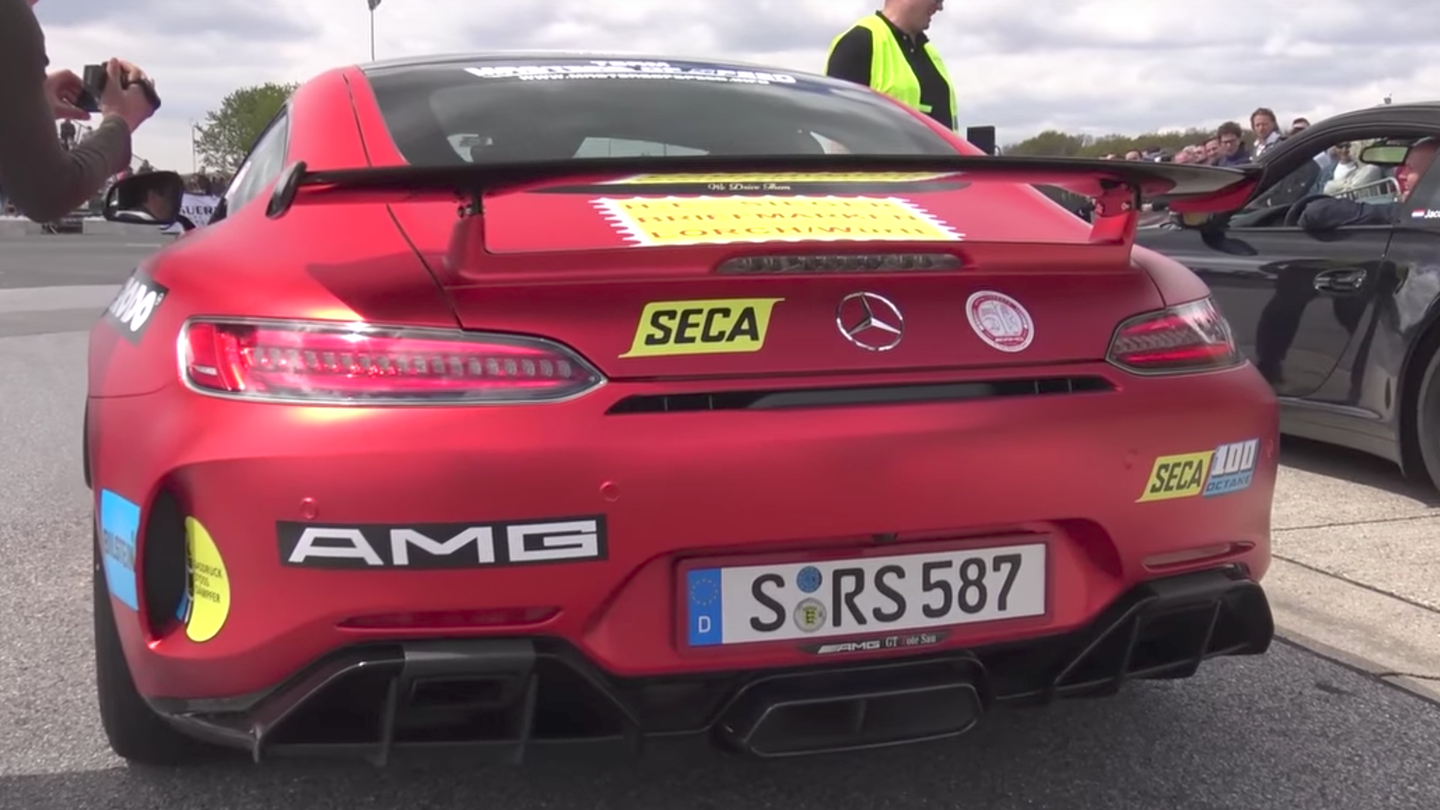 Mercedes AMG's are often hailed as the best muscle cars Germany has to offer. That's because even though many of them are great at going around tracks, they're also loud, brash, burnout-friendly, and can also travel down a drag strip with ease and confidence. The last thing is exactly what we saw from a Mercedes-AMG GT R in the YouTube video below.

When it first launched in 2016, Mercedes-AMG couldn't stop itself from basically shouting from the rooftops how proud it was that the GT R was developed at the Nurburgring. In fact, after announcing its lap time of 7 minutes and 11 seconds around the 12.9-mile course, Mercedes proudly called the sports car the "Beast of the Green Hell."

Generally, when cars make it around the 'Ring that quickly, it means they're pretty damn good at getting around race tracks. And since it's an AMG, it doesn't hesitate from doing its best muscle car impression at a drag strip either.

So basically, it's a perfect AMG.