Take a look back at our favorite short-form videos from this past year. 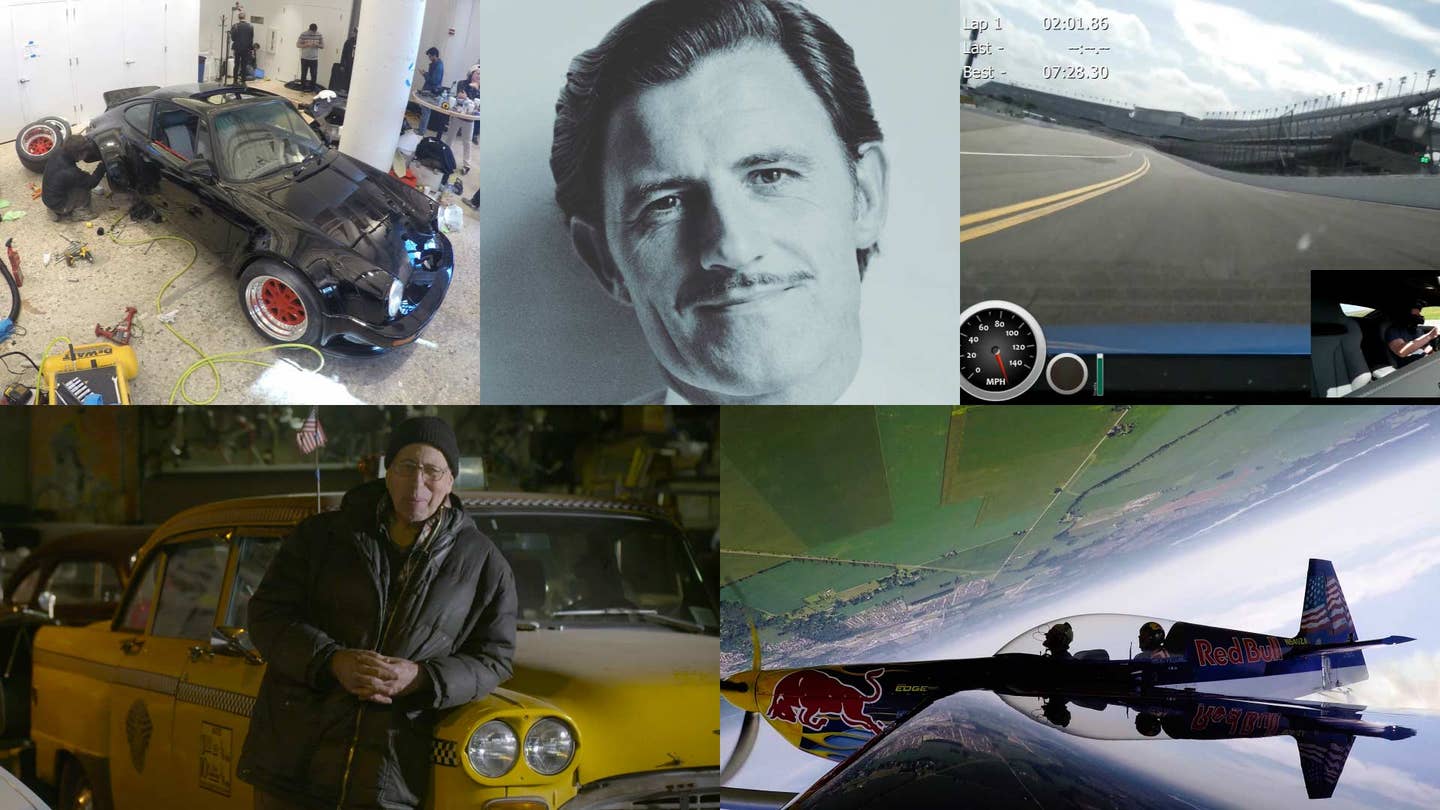 2016 afforded us the opportunity to experience, investigate, and most importantly drive some of the coolest things in the world. As the year comes to a close, we're looking back on our adventures and recapping our favorite video takeaways. Today, we present our top short cuts from 2016, which includes a variety of staff favorites, your favorites, and pieces that are simply worth another look.

For three days, famed Porsche tuner Akira Nakai visited The Drive's headquarters in Brooklyn, NY to overhaul a 911 as the public dropped by to watch him work.

A Terrifying Lap In The Audi R8 V10 Plus

Topping 180 mph on Daytona International Speedway's banked oval takes feet of lead, nerves of steel, and the ace factor of a fighter pilot. The RaceKeeper video logger software overlay you will see was not customized for this test session, thereby restricting the speedometer from visually displaying speeds over 140. But the data - again, 180 mph - is accurate. A note from Daytona International Speedway: avoid whacking things at high speeds in an Audi R8 V10 Plus, like punting an orange cone into the next county, while determined to set a sub-two-minute lap.

Was Graham Hill's Mustache the Secret to His F1 Glory?

Legendary F1 champion Graham Hill had an equally legendary mustache. He looked like a champion and he truly was - the man nabbed multiple F1 titles as well as a win at Le Mans. And did we mention that he also learned to fly airplanes? His dapper, distinctive ways got us to thinking - can a really good mustache make you faster? We booked some track time, made an appointment at a barbershop, and put Graham Hill's perfectly-groomed upper lip to a modern day test.

When we asked Lenny Shiller – president of the Antique Automobile Association of Brooklyn – how many cars he owned, he paused for a moment. "Pretty sure it's 70," he says. Shiller's secret weapon, aside from his passion for old things, is the fact that he owns warehouse space in Brooklyn's industrial Gowanus neighborhood. In the dim light of the old bread factory building that houses his rolling armada, a dull glow can be seen here and there from a piece of brightwork or a shiny fender that's been dusted off for parade or movie set use.

When you’re about to go up in a plane that will be somersaulting end-over-end while spinning around its axis, it’s hard to stay calm. It doesn't help matters when you ask one of Kirby Chambliss' support staff, “What percentage of people who go up with Kirby become ill?” and he answers, “Eh, I’d say half? It really varies.”

Which Car Should Porsche Build Continuations Of?

Jaguar recently announced that they’d be producing the ‘lost’ XKSS as a limited run of brand new cars. If Porsche were to follow in their footsteps, which model should they build?

Fair warning: Don’t watch this video if you get nauseous easily.

So much more than your grandpa’s old hay hauler.