Neither rain nor night nor...more rain will keep this self-driving vehicle from its developmental rounds. 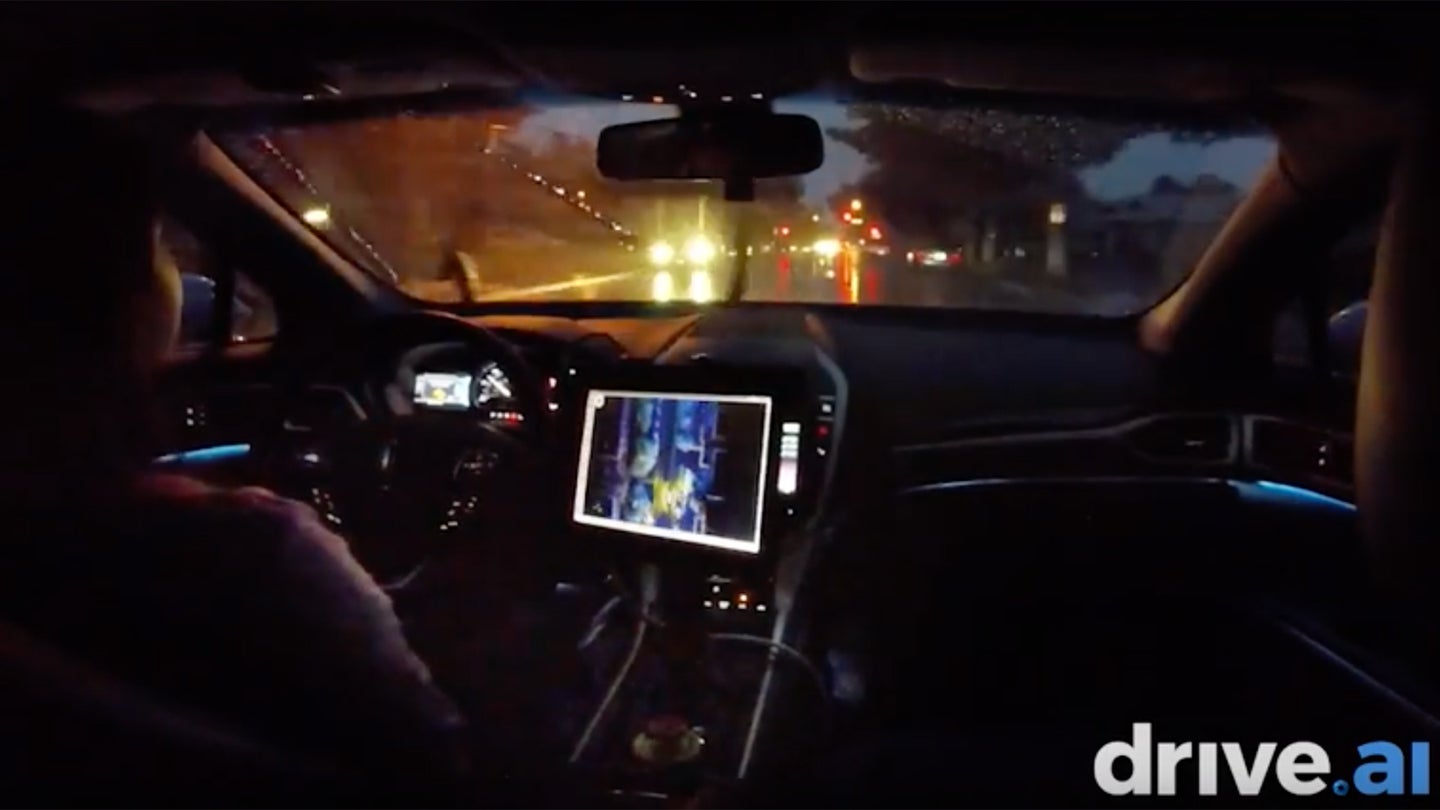 While big-name companies like Uber, Alphabet, and General Motors may dominate the news when it comes to self-driving cars, they're not the only ones working on vehicular autonomy. Silicon Valley-based start-up Drive.ai was started by a couple of former students from the Stanford University artificial intelligence lab—and while it may lack the name recognition of some of its competitors, as the video below demonstrates, that clearly isn't holding it back when it comes to developing a self-driving vehicle.

As Drive.ai was quick to point out in the blog post where it revealed the video, the time-lapse clip—shot in the company's hometown of Mountain View, California—shows the test vehicle successfully operating in autonomous mode during a dark, rainy night, two conditions that can throw off the early generations of robotic drivers being tested yesterday and today. On top of those, the self-driving car navigates tight streets, broken traffic signals, and erratic human behavior—all without missing a beat.

And in case you're wondering if there was any computerized trickery performed on the clip, a Drive.ai spokesperson told The Verge that the video is "uncut and uninterrupted."