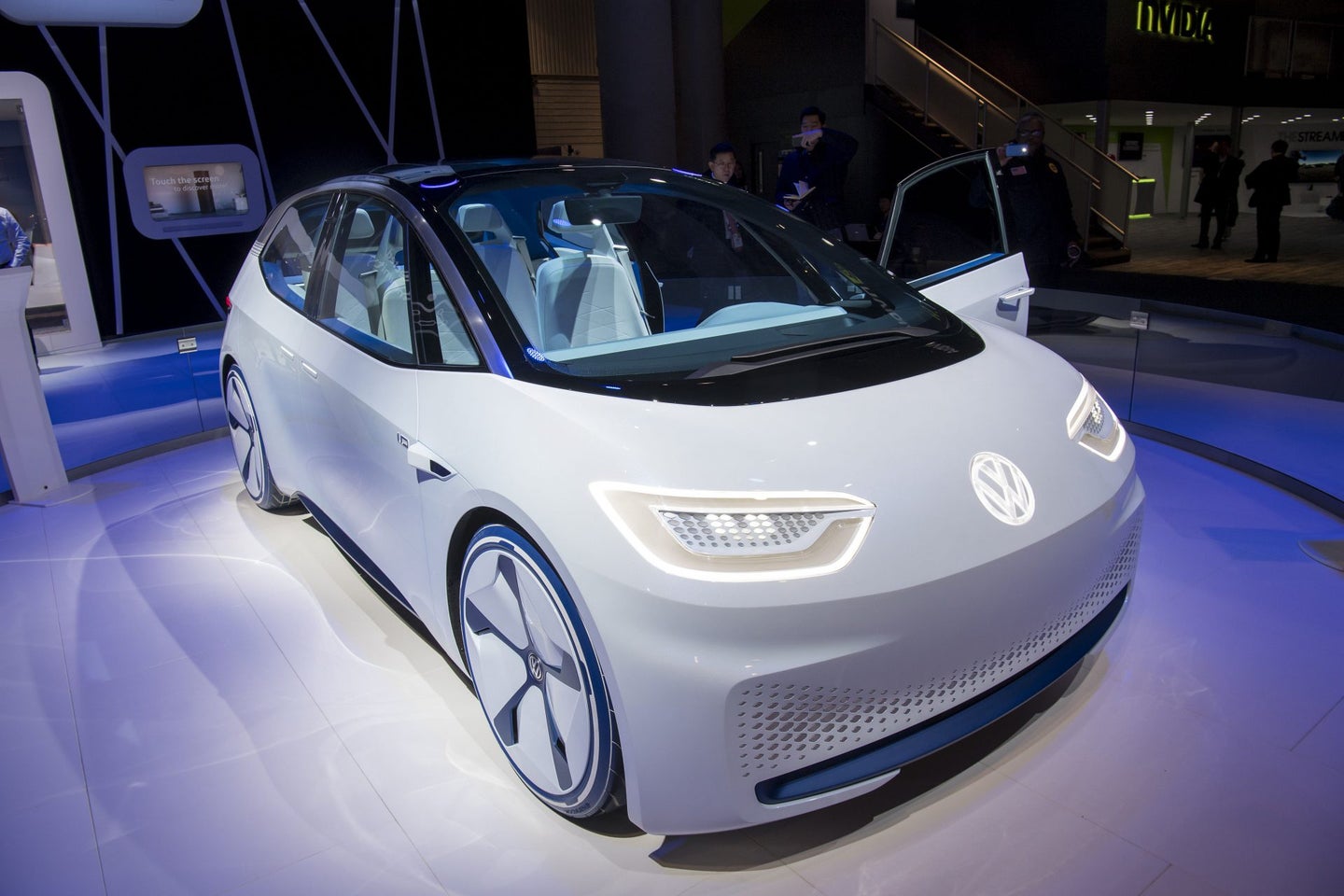 Volkswagen is developing a new design language for a slate of purpose-built electric vehicles slated to begin rolling out in 2020—and it could hint at what the future of cars will look like in a fully-electrified world.

Car designers have long worked with the same basic architecture, which necessitated a large hood to house the engine and transmission. Battery-powered vehicles have floor-mounted power cells, which work best in taller vehicles; likewise, without the need for an engine bay in the front of the car or a fuel tank in the rear, vehicle overhangs become shorter, allowing designers to move the A-pillar forward and expanding the passenger compartment.

Volkswagen's new design language, currently being penned by the German brand's head of design, Klaus Bischoff, will debut on a trio of EVs based on the company's MEB modular architecture.

Bischoff adds that the new proportions dictated by an EVs particular needs must be balanced by "huge wheels, huge in diameter—but also wide," according to Automotive News. The designer adds that, in order to increase range, aerodynamic concerns will come into play: "To gain the travel distance—range is essential—we need to have outstanding drag coefficients, and this will also influence the shape of the cars quite a bit."

For those used to the last 100+ years of relatively long, low designs built around the internal combustion engine, the new designs may look futuristic, or even odd. But the new designs could allow for greater passenger comfort; Bischoff notes that the I.D. concept, which debuted at CES this year, "has the interior space of a Passat [sedan] with a footprint smaller than the Golf."

As for the complaint that EVs look weird because they don't have grilles (because there's no engine to cool), Bischoff says that the grille-less aesthetic is actually part of the brand's design history: "Volkswagen, if you look back, was born without a grille. The [VW Beetle] engine was in the back."