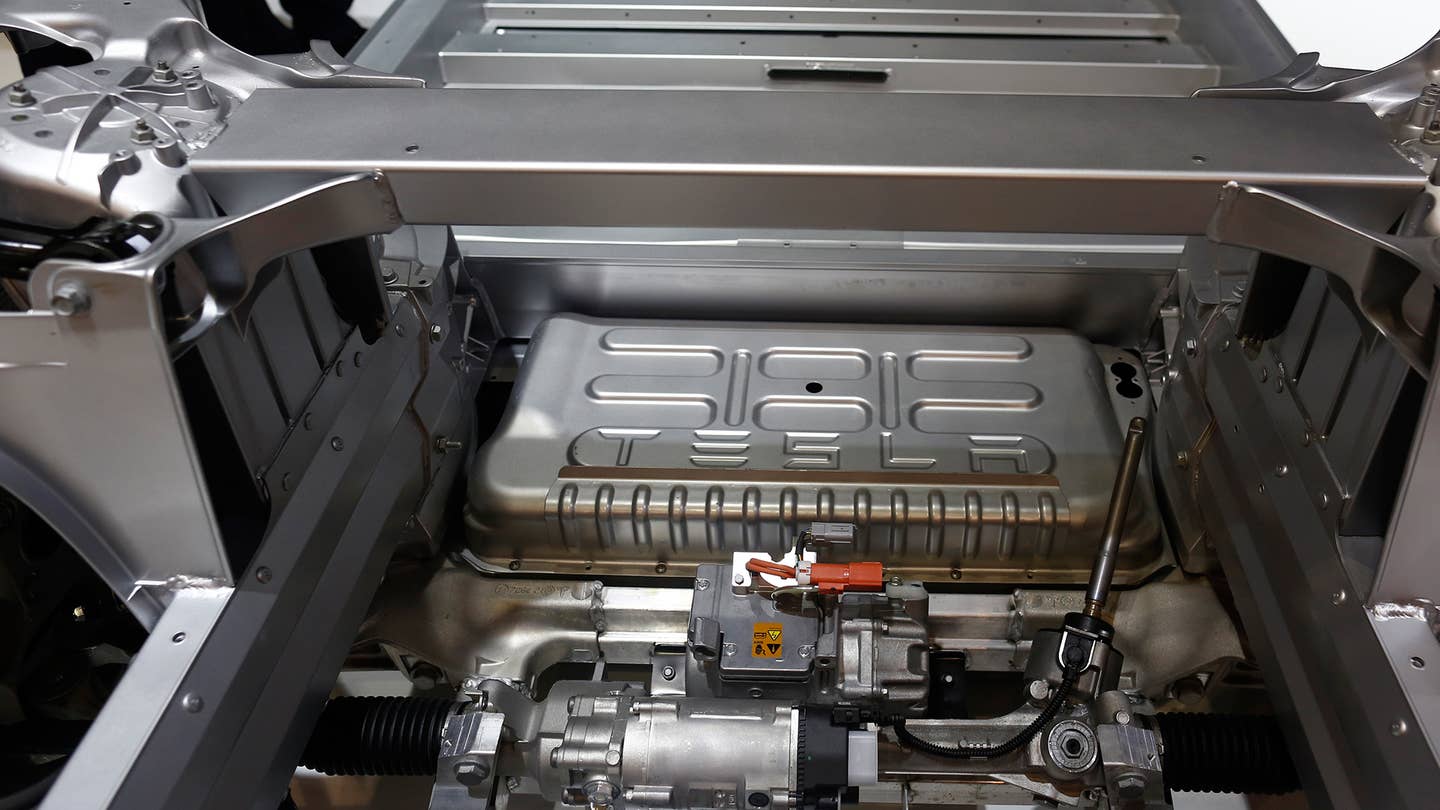 Somebody really has it in for lithium-ion batteries—and Tesla battery packs in particular. A Tesla Model S driver returning from a hike found a letter on his vehicle's windshield that assailed the battery technology, the venture capitalists that fund their development, and Tesla.

The letter, which was posted on the Tesla Motors Club forum, is written in a heavily sarcastic style and opens by pooh-poohing Tesla owners, asking if they are tired of being called "sheep" and "misogynistic Silicon Valley Clone." It continues with attacks on Elon Musk, who is alleged by the writer to be a revenge-seeking financier of President Barack Obama and Hillary Clinton holed up in Alphabet CEO Eric Schmidt's "sex penthouse."

But the real villain in this letter is evil lithium-ion battery technology.

Lithium-ion batteries are used in nearly all electric and plug-in hybrid vehicles, including the Nissan Leaf, Kia Soul EV, and Ford Focus EV. They're also what makes laptops and smartphones last the entire day (ok, 6 hours). But to the typed letter's author, they're mobile death traps that will explode spontaneously at any minute, endangering the lives of the entire world.

The writer points out instances where lithium-ion batteries resulted in fires, including high-profile Tesla accidents and Boeing 787 Dreamliners being grounded for fire risks. But for some reason, only Tesla and Fisker vehicles were mentioned in the article. Samsung, LG, Nissan, Sony, and many others companies manufacture lithium-ion batteries, so why are they let off the hook while Tesla and Elon Musk are singled out? Is it a Trump-fueled protest against the Silicon Valley elite? Or is it part of the anti-Elon campaign?

Elon Musk has been the subject of fake news articles and a negative campaign spearheaded by a conservative political group Citizens for the Republic (CFTR), whose board members have ties to energy companies. The organization is angling to end government subsidies for clean energy companies such as Solar City which recently merged with Tesla. Silicon Valley seems the wrong place to wage war against the CEO most admired by start-up founders.

What would inspire someone to write, print, and drive around with a cache of angry anti-Tesla letters is anyone's guess. That the letter was placed on only one of two Teslas parked near a trail off of Skyline Boulevard is another oddity. Hikers aren't known to be opposed to a vehicle that produces zero tailpipe emissions and is inspiring a wave of incoming electric vehicles, so perhaps it's a case of "Tesla Envy" rather than concern for public safety.