At Last, Something Useful From CES: A Toilet Paper Delivery Robot 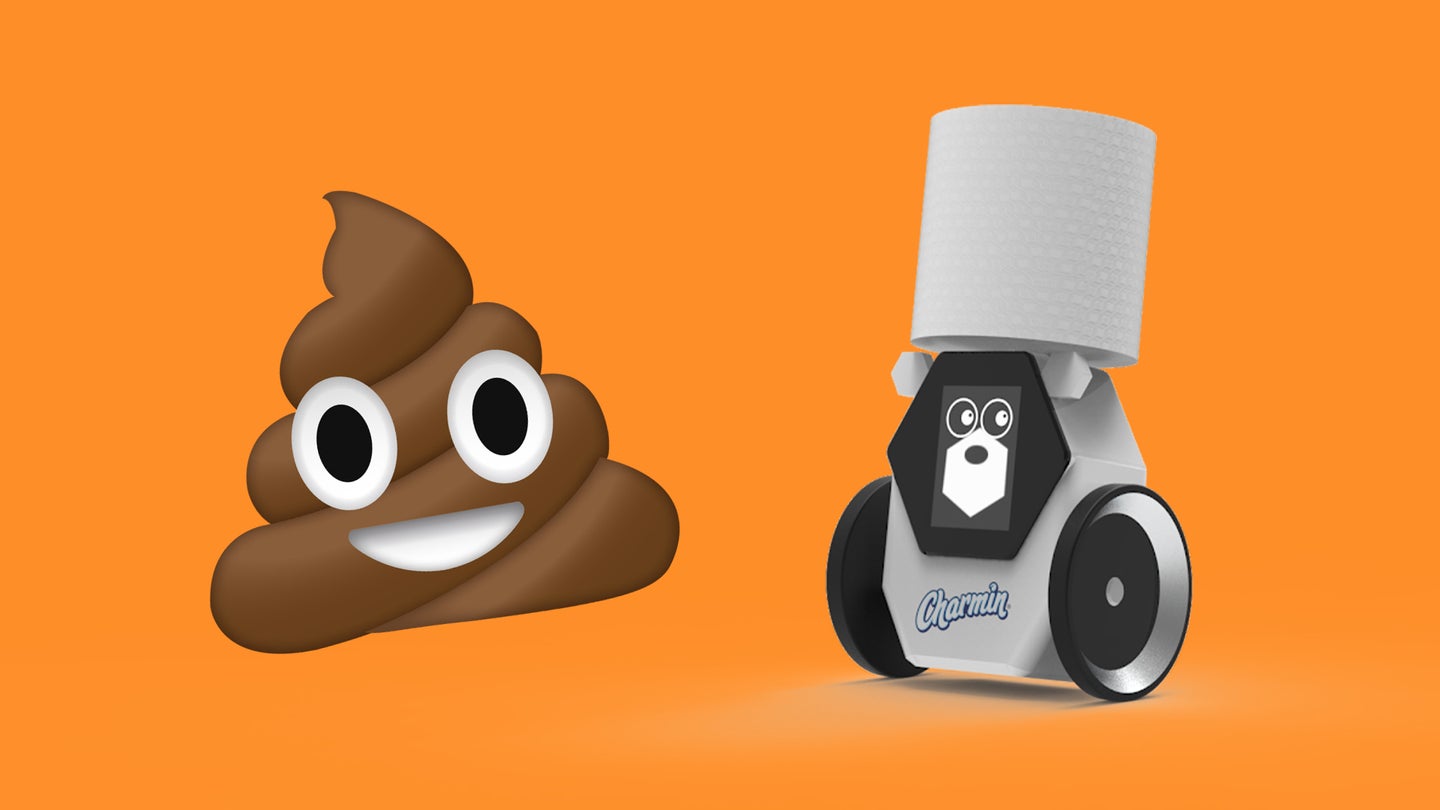 It’s typically during moments of great despair that Murphy’s Law comes into full effect. For example, the moment when you’re sitting on the throne and reach over to find your greatest fear—the cardboard cylinder of a roll of toilet paper. On top of that, there’s not a darn soul within shouting distance. Charmin knows the pain, which is why the company revealed what may just be the best thing with wheels at this year’s Consumer Electronics Show in Las Vegas—the Charmin Rollbot.

In a fit of brilliance and practicality, the Rollbot is one of three new Charmin GoLab concepts pitched at trying to make your average bathroom experience a little less stressful.

According to Charmin, around 58 percent of people aged 18-34 confessed to already being committed to their toilet business before realizing that there was no TP left on the dispenser, which leaves you wanting a TP-dispensing companion like the Rollbot. It’s essentially a two-wheeled motorized robot specifically designed to deliver a roll of fresh toilet paper when you’re in dire need of it. Plenty of people often find themselves in that predicament, according to a survey commissioned by Charmin and conducted by The Harris Poll last March.

How does one summon the miniature Segway-like robot? Well, thankfully, you don’t have to wake your loved ones by shouting out for it. Rather, the robot is actuated via Bluetooth when connected to a special app on your phone. Given how most everyone passes time on the toilet by scrolling through whatever social feed you prefer, it’s a pretty seamless solution.

The sad part is that Rollbot isn’t destined for retail sale, so you won’t be finding it on the shelves of your local Target or Walmart. Charmin says it's just a concept, but this is a concept we can get our behind's behind.

The Segway Is Back, and Now It’s a Hoverboard