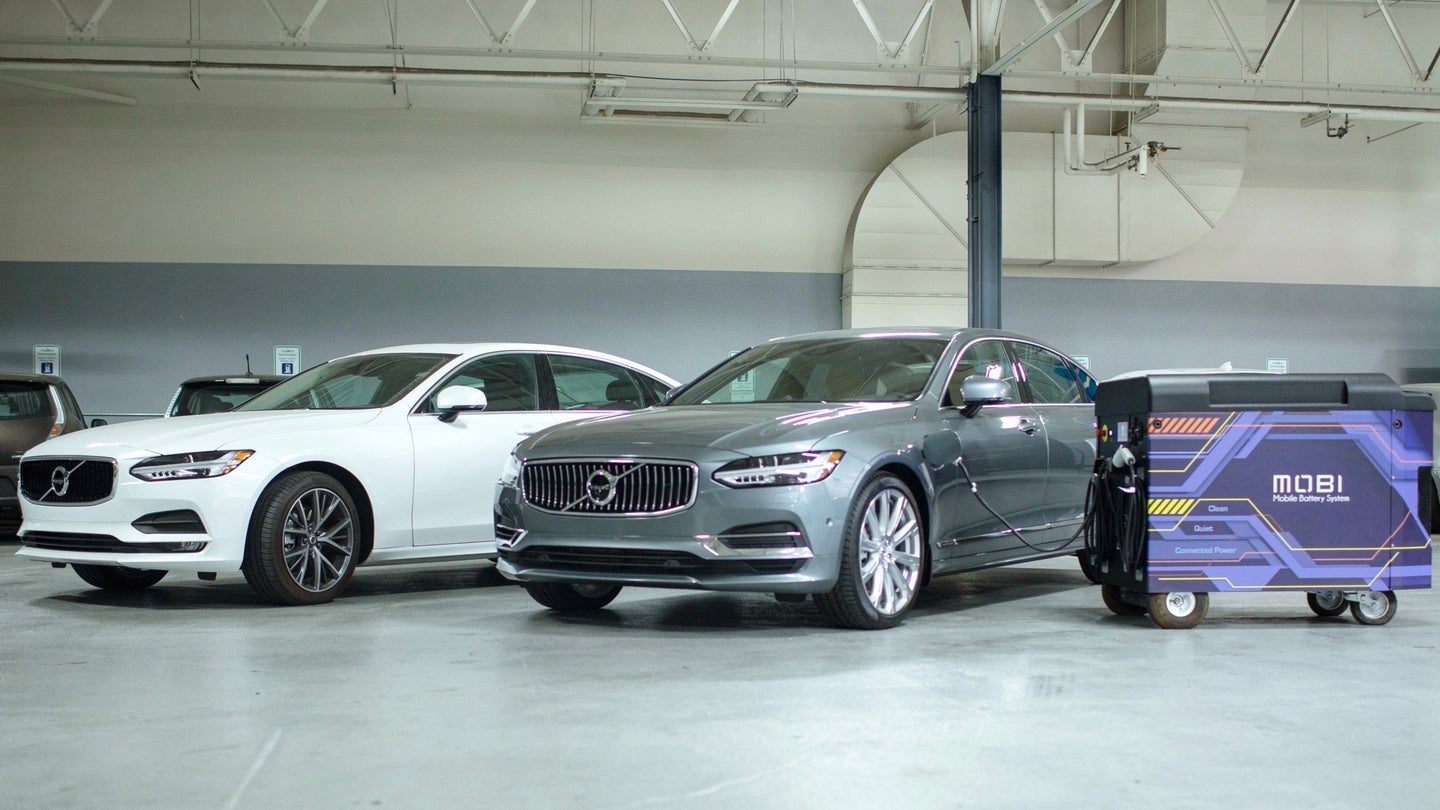 Volvo is investing in FreeWire Technologies, a San Francisco-based company developing fast-charging technology for electric cars. The automaker did not detail the size of its stake in FreeWire, but the investment will help lay the groundwork for the its ambitious electrification plans.

FreeWire's charging stations use a more flexible design than some competitors. The company's Mobi charging stations can be wheeled around on small carts. They can be plugged into standard low-voltage power outlets but still charge electric cars at higher voltages comparable to conventional stations, FreeWire claims. Because they don't require a dedicated connection to the grid, these stations create less of a hassle for operators, Volvo noted in a press release.

FreeWire currently has a Level 2 AC station, and plans to add DC fast-charging stations that can charge at a reported 120 kilowatts. That's enough to add 480 miles of range in one hour, according to the company.

Volvo has a need for more public charging stations. Beginning in 2019, it will launch only electrified powertrains for new vehicles, including a mix of mild hybrid, plug-in hybrid, and all-electric configurations. The automaker plans to launch its first all-electric production car around the same time, and expects fully-electric cars to make up 50 percent of its global sales by 2025.

The investment in FreeWire was set up through the Volvo Cars Tech Fund, which was established specifically to invest in tech startups. Areas of focus include artificial intelligence, electrification, autonomous driving tech, and digital mobility services, according to Volvo. The tech fund previously invested in lidar manufacturer Luminar, with the aim of using Luminar's lidar sensors in future Volvo cars.