This EV Is Powered by Water-Based Electrolytes

For a 600-mile range, harnesses Gatorade to power the future. Well, almost. 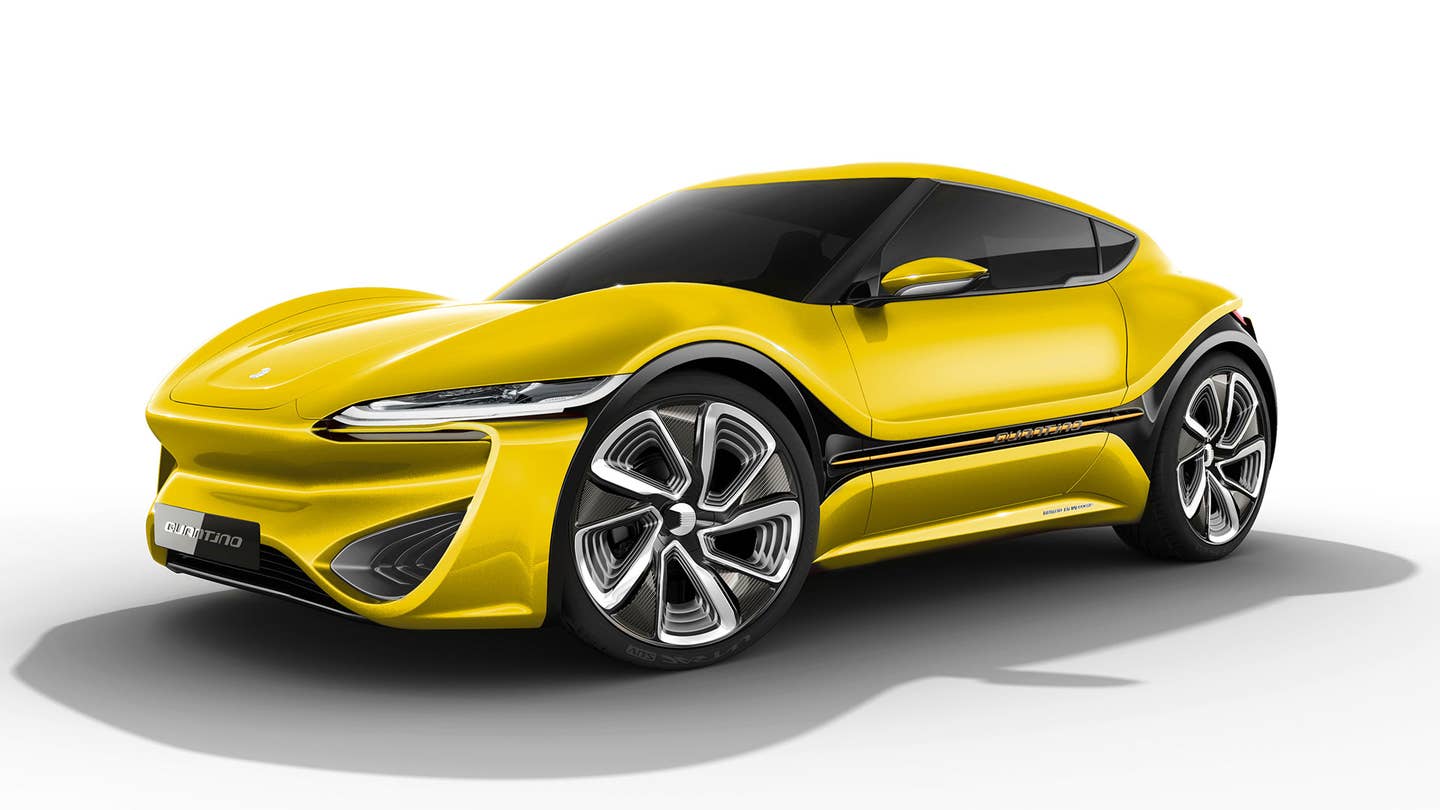 The NanoFlowcell Quantino concept is an electric vehicle that replaces a battery with two tanks of electrolytes. It’s similar to the workings of a hydrogen fuel cell, but uses different ingredients than the ones you get in your Cytomax and Gatorade. One tank is filled with a negatively charged ionic fluid, the other with a positively charged fluid. A membrane runs through the middle of the flow cell; when the fluids interact with opposite sides of the membrane, the ion exchange across the membrane creates an electric current that powers four electric motors.

Emissions are precisely zero. The water-based fluid evaporates as it’s run through the flow cell. Furthermore, it is non-flammable, non-toxic, and is stored at atmospheric pressure at all times. At one point, the company promoted a range of 621 miles from one fill-up, but has since backed off on that claim. When the fluid tanks are empty, all you have to do is pour more in. This is still a concept, so don’t ask where you’d get the fluid from—that’s the middle of the book, and we’re still on the introduction.

Nevertheless, NanoFlowcell says it is contemplating production of the Quantino this year, depending on the reaction when the car’s unveiled at this year’s Geneva Motor Show. The Quantino is certified road-legal throughout Europe, the only step it needs to take up residence in your second home in Villefrance-sur-Mer is small production run and, ahem, a reliable source of that magic electrolyte.

As far back as 2009, the Swiss-based outfit paired up with the Swedish speed brokers at Koenigsegg on the Quant by Koenigsegg. It’s been showing off various iterations of the Quantino “Sportlimousine” for a couple of years now, as well as a 1,075-horsepower Quant FE sports car boasting a theoretical 500-mile range. Company CTO Nunzio La Vecchia says this year’s sedan model—now boasting a lowly 108 combined horsepower—has evolved from last year, to which we say: Whatever, bro, we’re on board, just build the damn thing already. And if you can make it run on GU20, we’ll take two.

Why Your EV Sucks During Winter

Plummeting range can be the difference between making it to grandma’s and getting stranded in the woods.