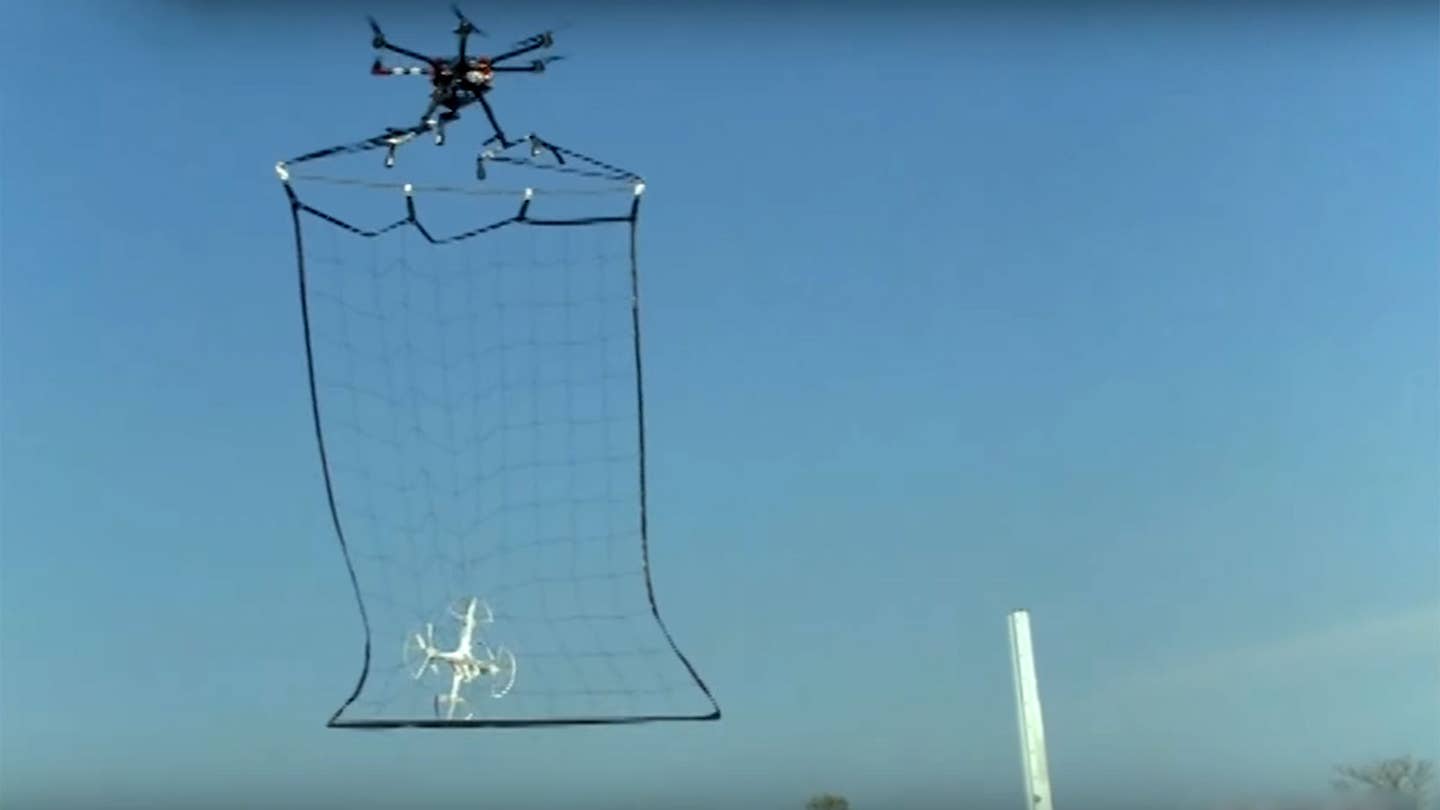 Planning on flying a drone illegally in Japan? Watch out, would-be bosozoku drone outlaws; the Tokyo Metropolitan Police are launching a special drone squad. Their mission: to seek out and stop drone operators on the ground or, failing that, to launch their own hunter-seeker drones, equipped to enforce no-fly zones with giant nets.

It's something out of a 2015 version of Seibu Keisatsu, high-tech futurism deployed to catch the baddies. All that's needed is a catchy theme tune and some superfluous explosions.

Actually “high-tech” might be a bit of a stretch. Tokyo's police drone isn’t some kind of Robocop fitted with little propellers, but basically just a large commercial drone dragging around an even larger net. Watching one swoop in on a drone in a no-fly-zone is more like an early BattleBots episode than the heralding of an emergent droid-fighter army.

However, it's the first solution to the illegal drone problem that doesn’t involve just blasting them out of the sky with shotguns or lasers. Netting a pesky camera-carrying insect lets the Japanese police capture evidence, which they'll use to extract fines of up to 500,000 yen (or about $4,000).

Could we see similar anti-drone tactics used by U.S. law enforcement? There's certainly no reason why not, though likely only a built-up urban area would be worth patrolling by drone. Bad drones, bad drones, whatcha gonna do?

The Drive After Hours: Tokyo

Multimillion-dollar collection belongs to one man of mystery.