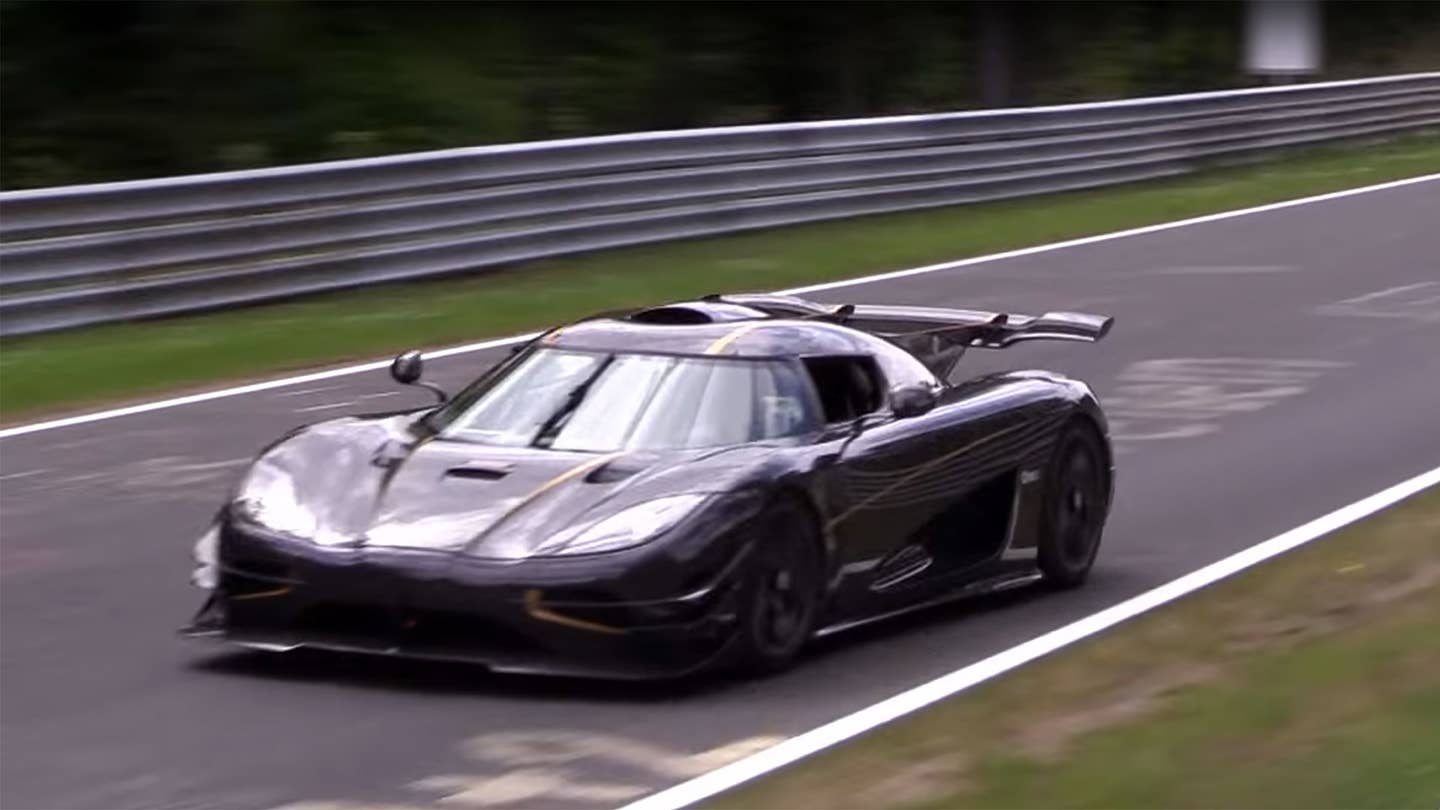 While production of the Koenigsegg Agera may be wrapping up this year to make way for the high-tech Regera hybrid, the Swedish company hasn't given up on its outgoing supercar yet. Less than a month after the carmaker claimed it was heading back to Germany, the 1,322-horsepower Agera One:1 was recently spotted hauling its bespoilered ass around the Nürburgring Nordschleife, looking for all the world like it's ready to smack down the production car lap record around the track.

But is that Koenigsegg's intention? The automaker wanted to shoot for a production car record at the track back in 2015, but that plan went to (green) hell when the Nürburgring's governing body slapped speed limits on sections of the track. Those speed limits lifted were lifted earlier this year, so theoretically, the coast is clear for Christian von Koenigsegg's Nordic speed machine to try for the brass ring.

Yet this Agera One:1—which, in case you've forgotten, is so named because it packs one horsepower for every kilogram of weight—certainly doesn't seem to be shooting for a record in this video. Sure, it's making good time around the course, but it's certainly not moving with the alacrity of a car looking to crack the seven-minute barrier around the 12.94-mile course.

So what's going on? If we were paid to make educated guesses (hey, we are paid to make educated guesses!) we'd say its seems Koenigsegg is testing the One:1 in advance of a record attempt. We at The Drive don't see much point in going to all the trouble of bringing a soon-to-be-defunct supercar to one of the world's most famous racetracks unless you plan on shattering some records with it. And with its power-to-weight ratio and arsenal of aerodynamics, the Agera One:1 stands a damn good chance of beating the heavier, less powerful Porsche 918 Spyder's 6:57 lap time—much the way the 'Egg whups the Porker on the autobahn.