CEO Sergio Marchionne said 'Ferrari will not play' if the new regulations aren't up to snuff. 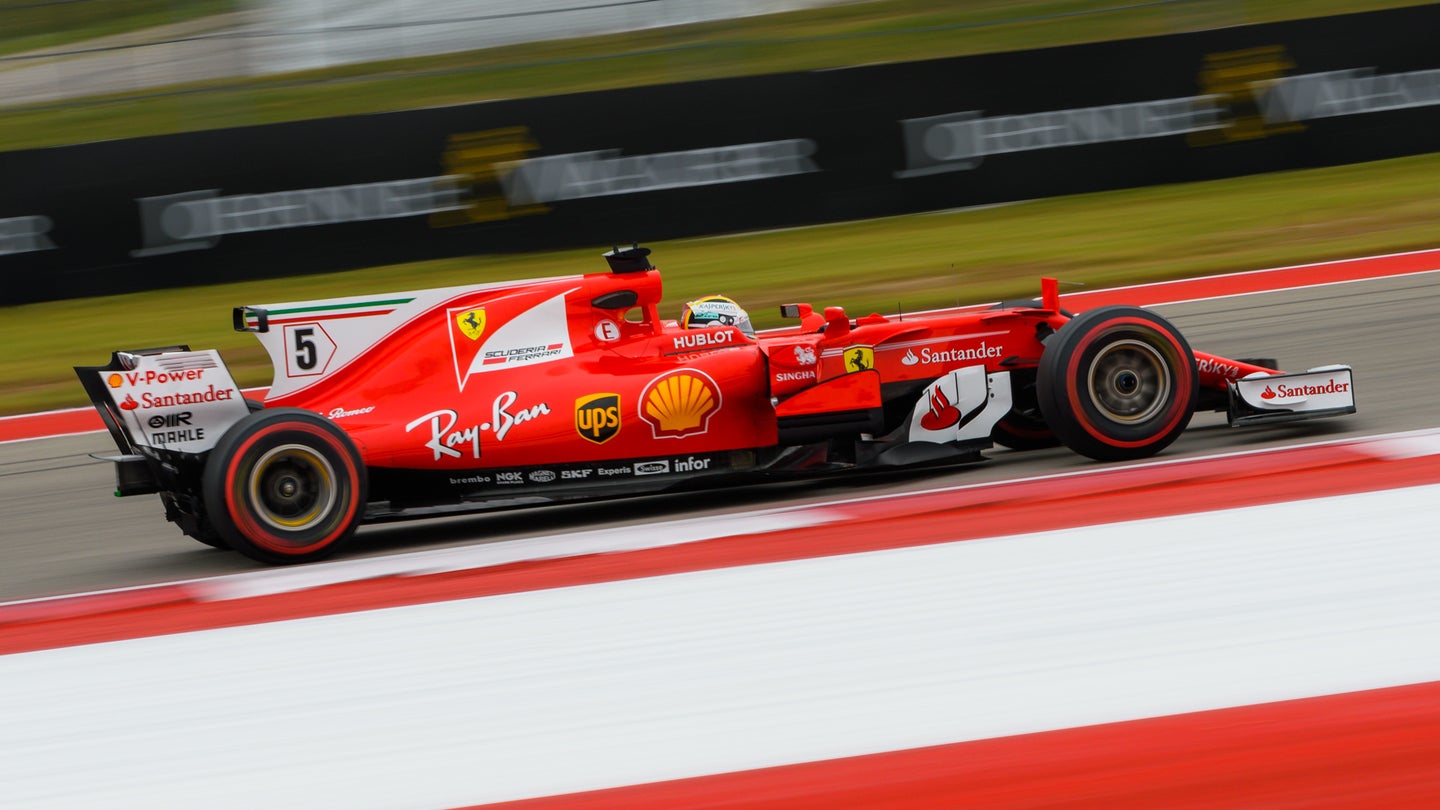 After voicing its concerns with Formula 1's revised engine regulations for 2021, Ferrari has threatened to quit the sport if series officials do not meet its requests. The Maranello outfit claimed that the newly-proposed rules could result in an unnecessary arms race between manufacturers and it will not be partaking in these supposedly needless acts.

Brand CEO Sergio Marchionne revealed some of the company's intentions and stipulations in a conference call with analysts, eventually saying that "Ferrari will not play" if it's not ultimately satisfied.

Ferrari, along with Mercedes and Renault, announced its issues with the projected rule changes regarding F1 powerplants in the coming years. Team boss Maurizio Arrivabene stated that "it's [Ferrari's] business" when it comes to Formula 1 regulation shifts, and it could potentially use its exclusive power to veto them. Although Marchionne didn't make much mention of exercising this particular right held by Ferrari, he did make it clear that the team doesn't want to be part of a "global Nascar vision" for the future of F1.

“There are a couple of things we don’t necessarily agree with. One of which is the fact that somehow powertrain uniqueness is not going to be one of the drivers of distinctiveness of the participants’ line-up. I would not countenance this going forward." Marchionne continued, “The fact that we now appear to be at odds in terms of the strategic development of this thing, and we see the sport in 2021 taking on a different air, is going to force some decisions on the part of Ferrari.

“I understand that Liberty may have taken these into account in coming up with their views, but I think it needs to be absolutely clear that unless we find a set of circumstances, the results of which are beneficial to the maintenance of the brand, and the marketplace, and to the strengthening of the unique position for Ferrari, Ferrari will not play.”

Ferrari joined other manufacturers and teams who met with F1 and FIA officials to discuss the series' future past 2021 earlier in the week and will do so again next Tuesday. During the upcoming meeting, Liberty Media is expected to discuss the possibility of a budget cap as well as introduce new governing structures and fresh commercial strategies for the series.

Marchionne added, "I don’t want to prejudge any of this. We’re walking into this meeting next Tuesday with the best of intentions, we’ll see where it takes us.”

From a financial standpoint, Marchionne claims that Formula 1 must be constructive to Ferrari's efforts, not the other way around. He expressed this by saying that “it would be totally beneficial to the P&L [profits and losses],” if the team were to leave the series and if Ferrari were forced to do so, “We would be celebrating here until the cows come home.”

Marchionne ruled out the possibility of Ferrari playing along with a globalized approach. In order for the manufacturer to hold its spot within the sport, Liberty Media would have to drastically change its outlook.

“What I do know is that it [F1] has been part of our DNA since the day we were born. It’s not as though we can define ourselves differently," he said. "But if we change the sandbox to the point where it becomes an unrecognizable sandbox, I don’t want to play anymore."

Marchionne was asked how we would feel if he were the man to pull Ferrari from Formula 1, to which he replied "Like a million bucks because I’d be working on an alternative strategy to try and replace it. A more rational one, too.”

Ferrari is currently under contract to compete in F1 through 2020, though no agreement exists past then.

Is Honda Preparing To Withdraw From Formula One?
The Drive
MORE TO READ