Toyota Has No 'Absolute Deadline' For Decision on LMP1 Future

Could Toyota be leaving the World Endurance Championship, too? 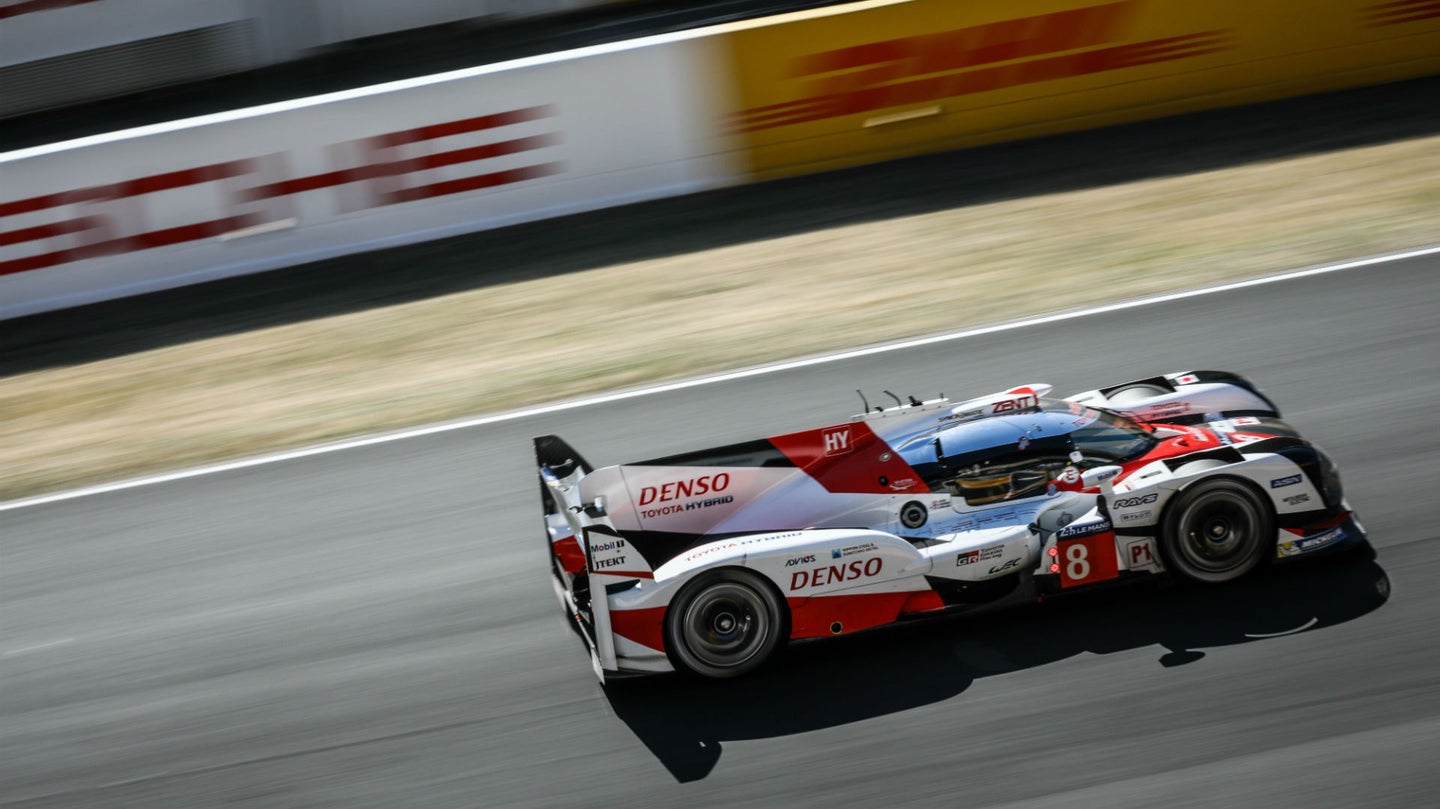 Toyota was hung out to dry when Porsche, the only other current manufacturer team in the World Endurance Championship's LMP1 category, and the top prototype class in endurance racing, announced it will be exiting after this year. This could leave the Japanese crew without any competition for next season, and as a result, not much reason to continue after it likely achieves its goal of winning the 24 Hours of Le Mans in 2018.

Rumors have gone back and forth claiming that Toyota could be making a statement of its own regarding its future within the prototype category, but as the company's technical director Pascal Vasselon revealed, no decision has been made just yet.

Coming off of Toyota Gazoo's first win since May, the team was in high spirits following this weekend's 6 Hours of Fuji. The victory at its home track was enough to remind the team of the good times after suffering a tough loss at this year's tragic Le Mans 24 Hours. However, there's no indication that this same feeling could be enough to support many more seasons in the WEC, especially since Toyota also has to pay for another world championship WRC team.

“The decision deadlines basically have to adapt to the regulation publication deadlines,” Vasselon said to the press after Sunday’s race. “We are tracking what happens, so it’s difficult to ask us for a commitment before we know exactly what we’re talking about."

Vasselon claimed that in order for Toyota to make a decision, rules and regulations will need to take shape as they have not yet for 2018. This includes the allowance of competitive non-hybrid LMP1 entrants, a request that Toyota made earlier in the year to keep the cost of entry low for newcomers.

The FIA and Automobile Club de l'Ouest motorsport governing bodies have claimed that hybrid entrants will retain a slight efficiency advantage over their solely combustion-engined privateer opponents. That said, the two organizations are yet to announce other regulations for non-hybrid competitors like power restrictions and fuel usage. This, Vasselon claims, will be an important factor in Toyota's thought process when it comes to continuing with LMP1.

"We need to know what will exactly happen, how things will be done,” he said. “It’s true from our side, our technical regulations has to be frozen just because it’s a FIA rule. We have to anticipate the performance level of the privateers."

“At any time, it’s reasonably easy to say no,” he continued. “You need to anticipate a decision when you do nothing and want to come back."

It was also announced that development for the 2018 Toyota TS050 Hybrid has slowed. The company claimed that if there is no competition against these cars, then there is not much inclination to pour millions of dollars into the development of an internally-battled class.

"There is no big incentive to continue development on this kind of car,” concluded Vasselon. “We have progressively ramped down the development because we needed to know where it was going. If, really quickly, we would have kept similar regulations and Peugeot restarting in 2019, then we would have kept developing because it makes sense. At the moment, it looks like the change of direction [for 2020/21] will be significant, then it was not making sense anymore to actively develop around the current regulations.”