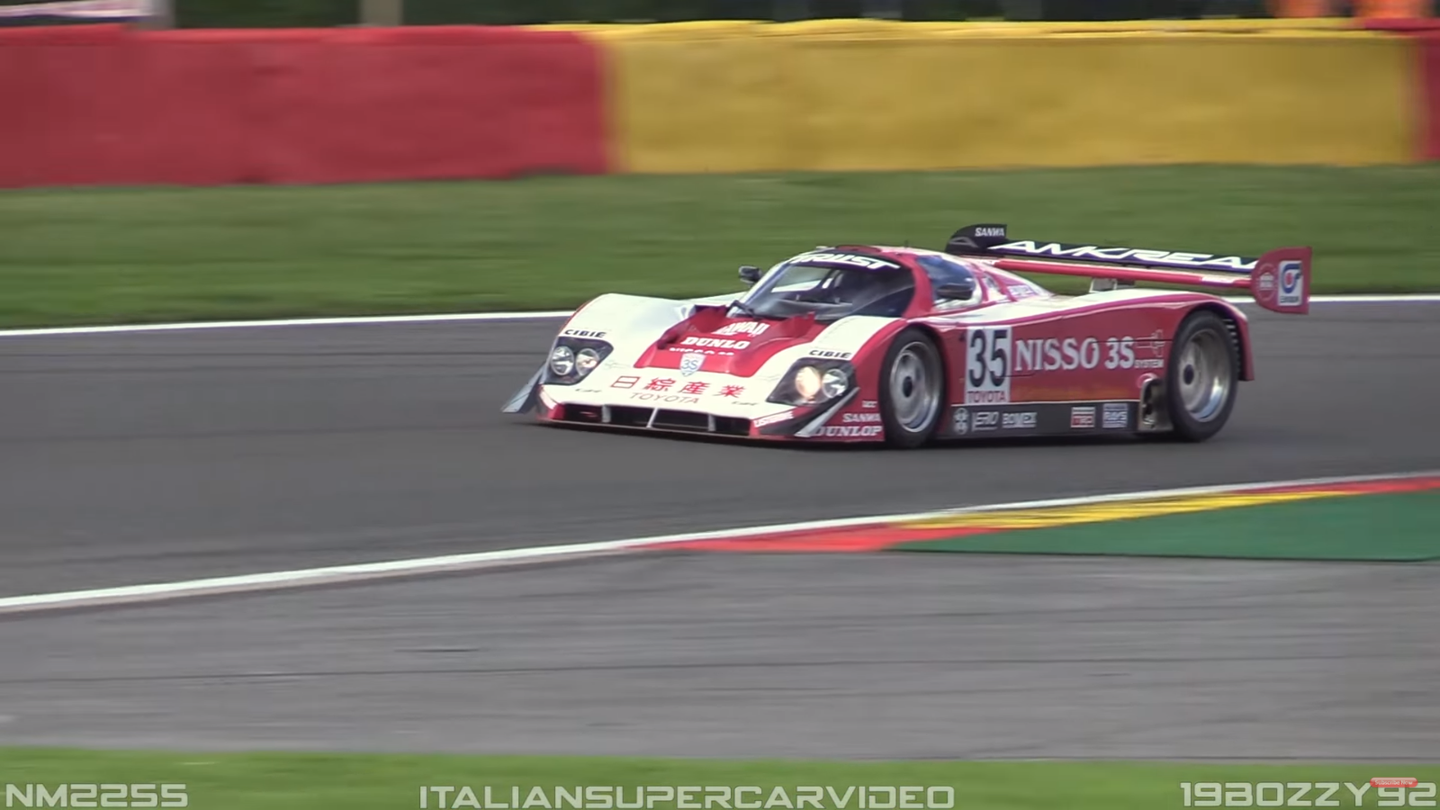 Toyota's LMP1 presence is nothing new. The manufacturer is currently head-to-head with the Le Mans legend Porsche team, but it's been experimenting with unique prototypes for years, and one of its potential-bests has been hidden in the shadows since its demise. With an engine originally developed for Group C, the 92C-V ran back in 1993 and 1994 with a brutal 1,000 horsepower V8 that still remains a mystery for the most part. This twin-turbo lump had all of the ability, but sadly it never came to fruition.

Named the R36V, this DOHC 32-valver was Toyota's answer to racing regulations of the time, doing away with the pesky fuel-mileage worries of the series. Instead of opting for a monstrously thirsty force-fed four banger, the racing team built this beast as a marvel for power-crazed motorsport. Little is known about its development, and that makes it even more intriguing.

It produced anywhere from 750-1,000 horsepower dependent on spec thanks to 16-24 pounds of boost. The engine had a redline of 8,500 RPM, and even with all that room to rev, it was fairly unpredictable and peaky.

During the 92C-V's stint in Le Mans, competition was largely askew. LMP1 entries were out of whack, and in 1994, a Dauer 962 GT1 car finished ahead of the overall crowd. The car did finish second that year, awarding it with its best result in official running. Five years later in 1999, a Toyota with the revised R36V engine nearly captured the title before suffering a crucial blow out with only a few laps to go.

Despite its troubled history, the 92C-V was still one of the fastest cars on the Mulsanne Straight. Feats like this make it worthy of more attention, so don't be afraid to look up plenty of videos packed with acoustics like the one below.