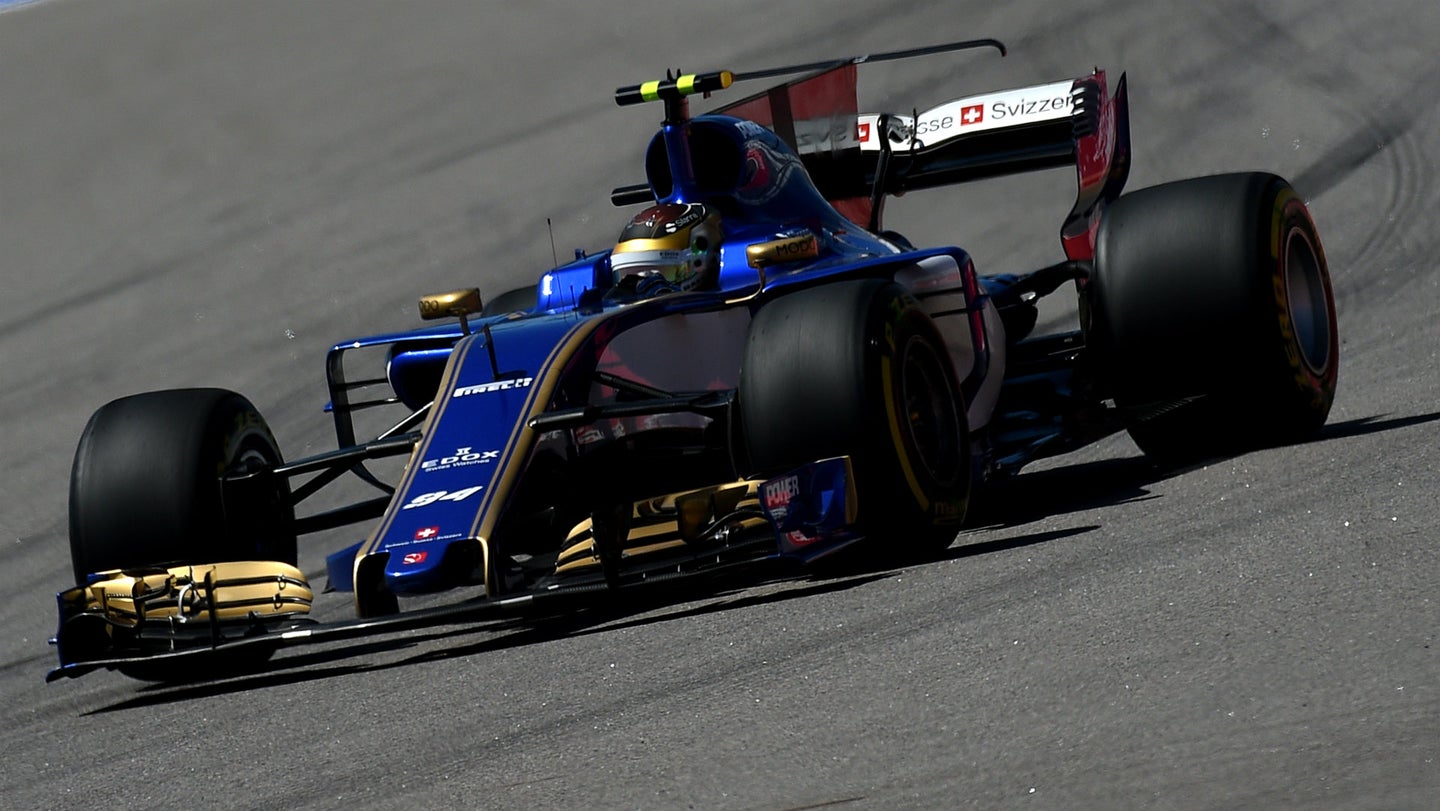 Sauber F1 Team, now in their 25th year of competing, has had their ups and downs. Right now, it is arguable they are in one of their downs, but about to see some more good fortune coming their way. Despite last year's car being an uncompetitive heap of junk, a smart call at an attrition-plagued Brazilian Grand Prix by the team's ace race strategist Ruth Buscombe saw Felipe Nasr finish 9th. A similarly brilliant strategy call at this past weekend's Spanish Grand Prix brought Pascal Wehrlein home 8th, a mighty finish for the Sauber team, who admit to having an under-developed chassis and an obsolete engine.

This incidence of the tortoise once again triumphing over the hare was down to a clever strategy choice which banked on some of the difficulties of the Catalunya circuit, pit lane time loss, and dirty air. Pascal Wehrlein made but a single stop for new tires, which gave him track position over drivers who made two, or even three stops, all of whom were now behind him. This gave Wehrlein the advantage, as the Catalunya circuit is notorious for being difficult to overtake on. He was then able to keep faster cars behind him with the wake of disturbed air currents known as "dirty air" that comes off of all Formula 1 cars.

This strong finish is made all the more impressive by the fact that five teams introduced major aero upgrades in Spain, making the underdeveloped Sauber C36 even weaker than it was before. Sauber will not be kept waiting any longer for some pace, however— they have an upgrade package planned for Monaco, one which they hope will allow them to finish between 5th and 7th.

Monaco is arguably even more difficult to overtake on than Catalunya is, and its narrow streets cause crashes almost every season, even when drivers aren't pushing for an overtake. If Sauber combine a strategy similar to the one they used in Spain, one which banks on minimal time wasted in the pits and prioritizes track position, with what should amount to newfound competitiveness, a second points finish may be on the table for the venerable underdog team. Their tire choices do not suggest that this is their plan, as they have made selections that match all the other teams, but nobody could have guessed that they would pull a one-stopper for their best finish of the season in Spain.

Given the close 2017 battle, this year's Monaco Grand Prix is not one to miss, no matter which team you support. For Sauber fans, this one is setting itself up to be a weekend to celebrate.