While we may never get to experience the chaos of the infamous Group B rallies again, we can still own some of the cars that participated.

This Lancia Delta HF Turbo isn't one of them, but it's about as close as one can get. The Delta HF Turbo was unveiled in 1985 as a much cheaper version of the Delta S4 Group B car, but it still sat at the top of the Delta range with better styling and equipment. It was the precursor to the legendary Delta Integrale, featuring many aforementioned styling and performance bits that would make their way into the Group A rally car.

This 1992 example was imported from Spain in February, having been part of numerous Lancia owners' clubs in Europe. Now it's for sale in Long Beach, California with 83,290 miles on the odometer. It's well-maintained and accident-free, with full Spanish service records.

The car is completely stock (untouched) internally, retaining its original 1.6-liter, turbocharged 4-cylinder, and 5-speed manual transmission; when new, the HF Turbo made 129 horsepower and 141 pound-feet of torque but weighed just 2200 pounds dry. A video of it driving can be found below:

This HF Turbo features Integrale headlights, wheels, and hood from the factory. The only exterior modification is a repaint in Rosso Monza red, said to have occurred after import.

The interior is surprisingly clean, with no damage to the grey cloth seats or problems with the instrument panel or power doors/locks. Pre-import, the car was fitted with a Pioneer center console with Bluetooth integration.

It may not be a "true" rally car, but a Lancia Delta in America is already pretty rare, and showing up to a car meet with this retro hot hatch will certainly turn heads. 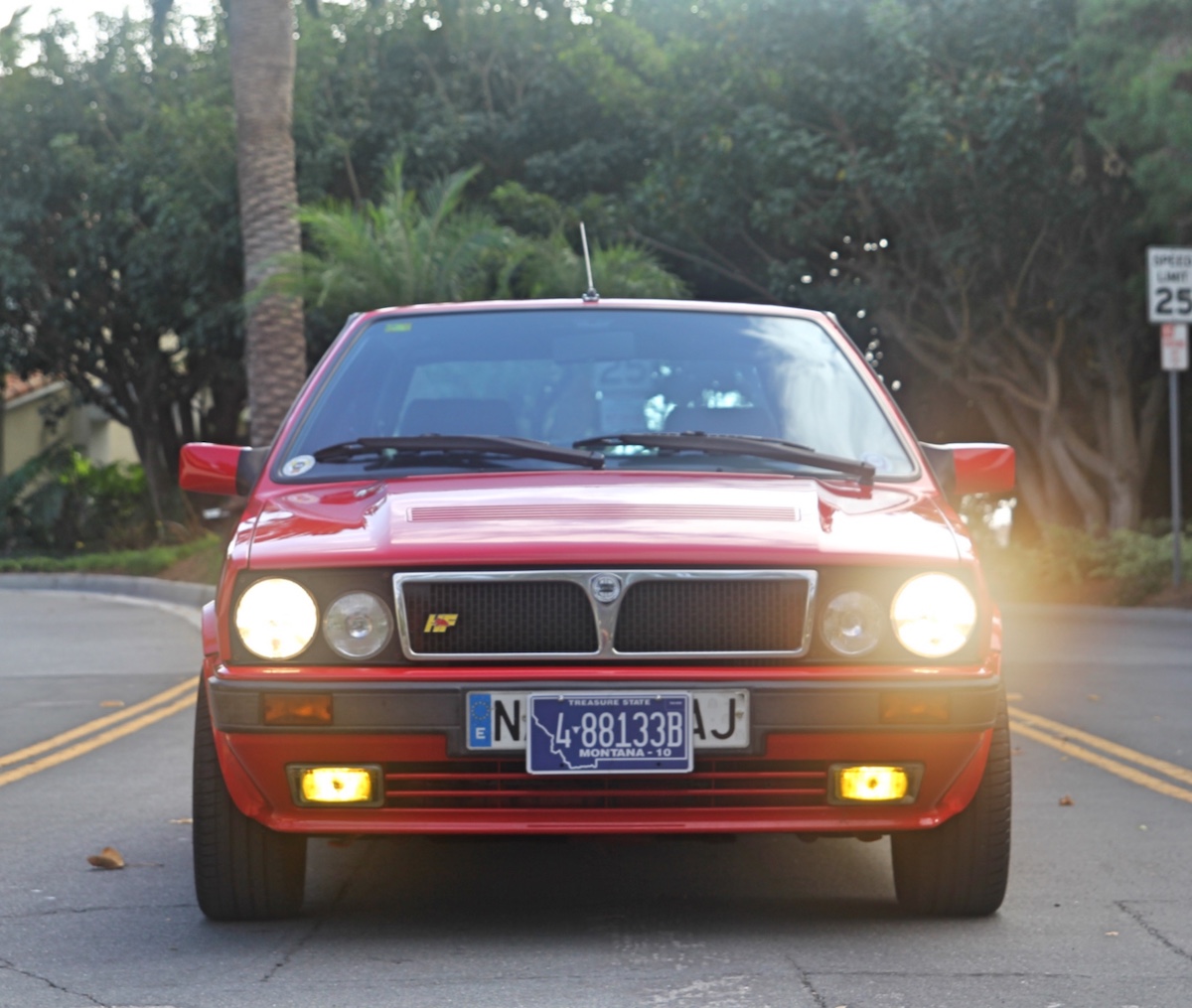 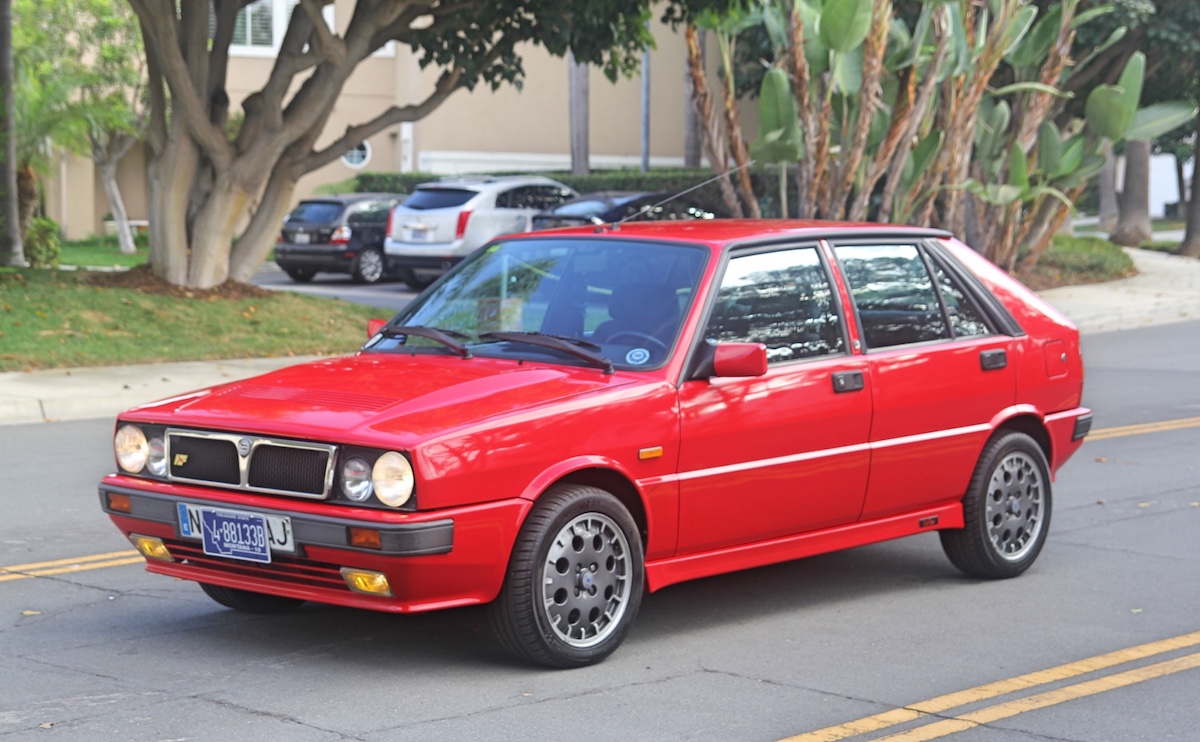 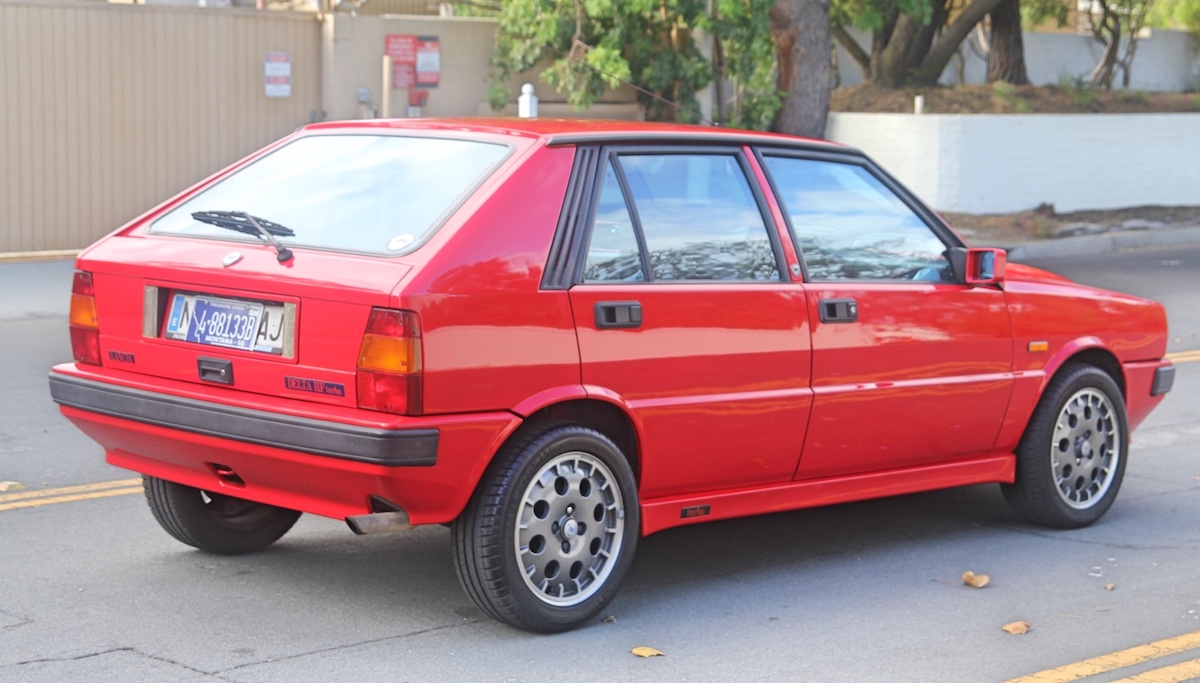 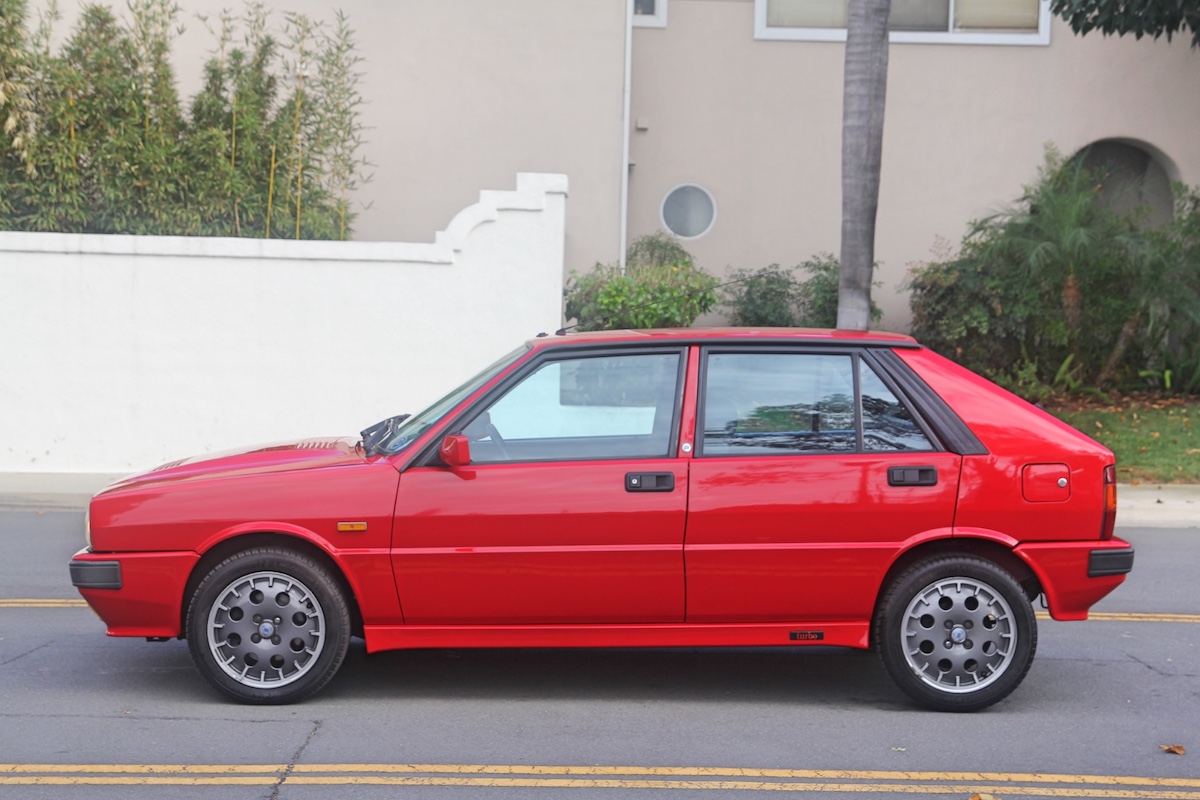 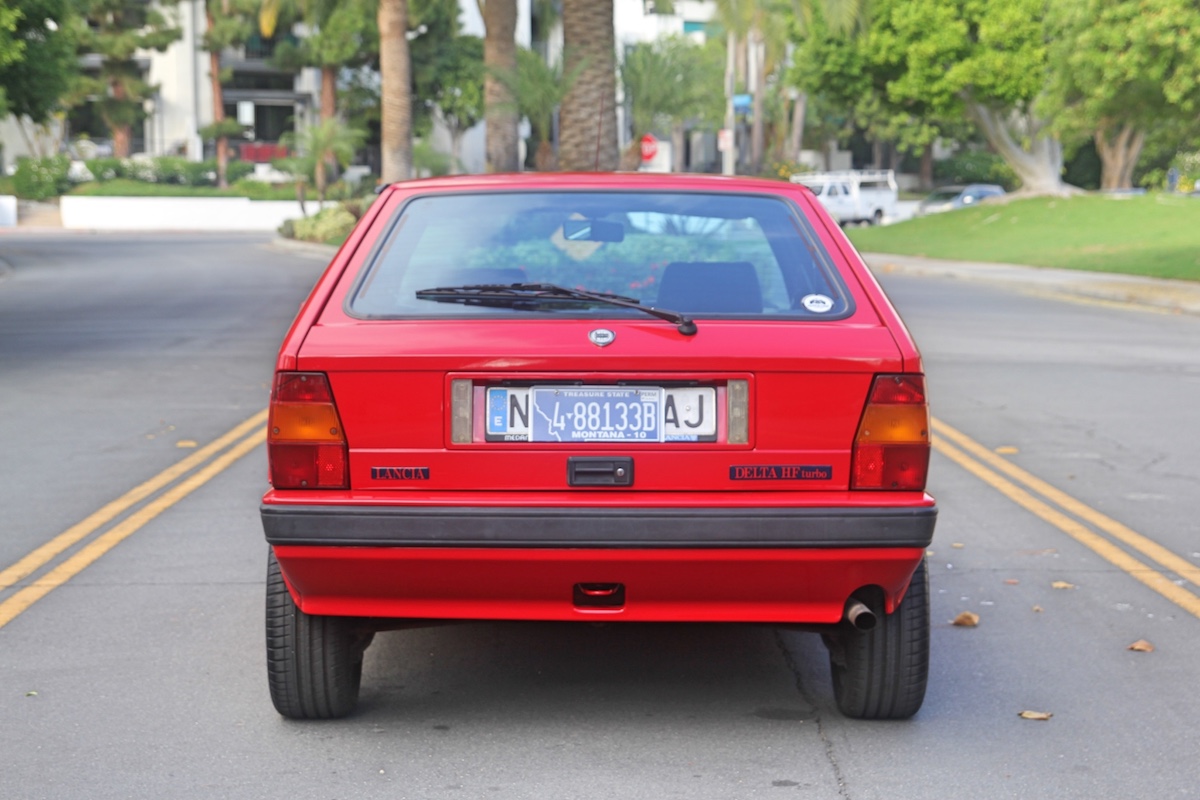 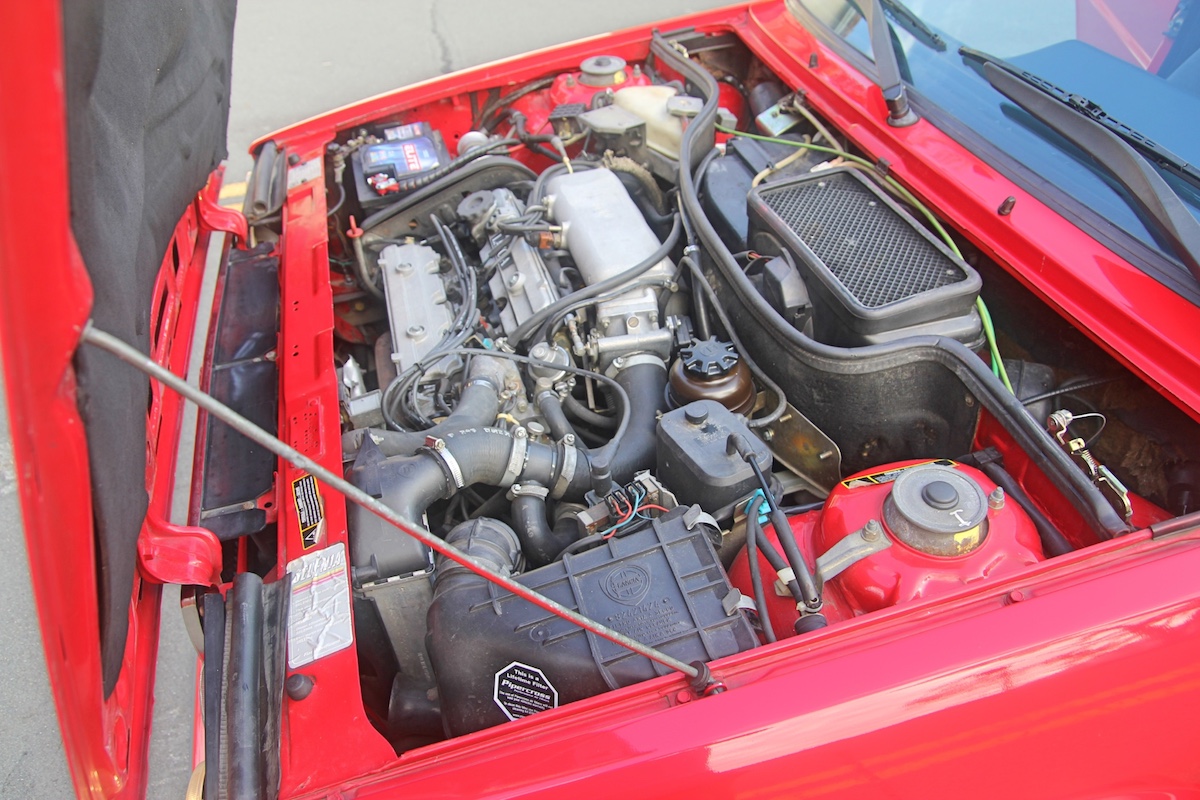 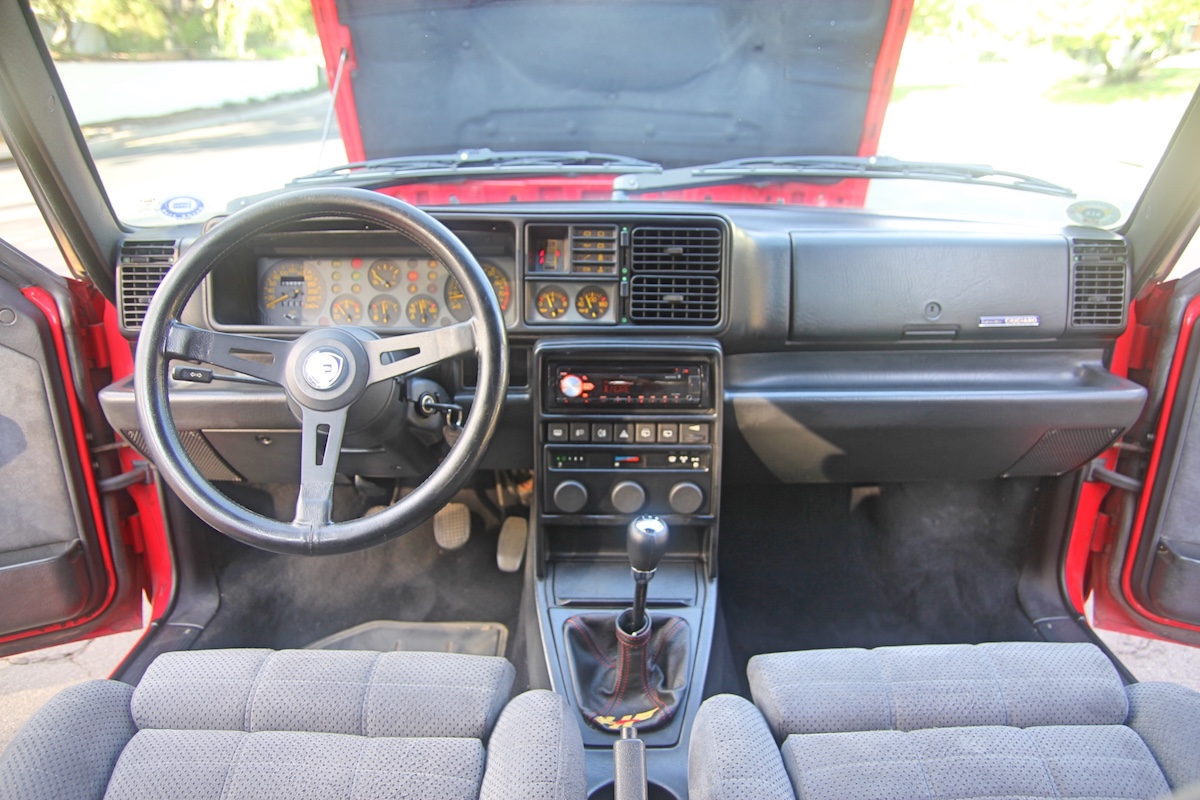 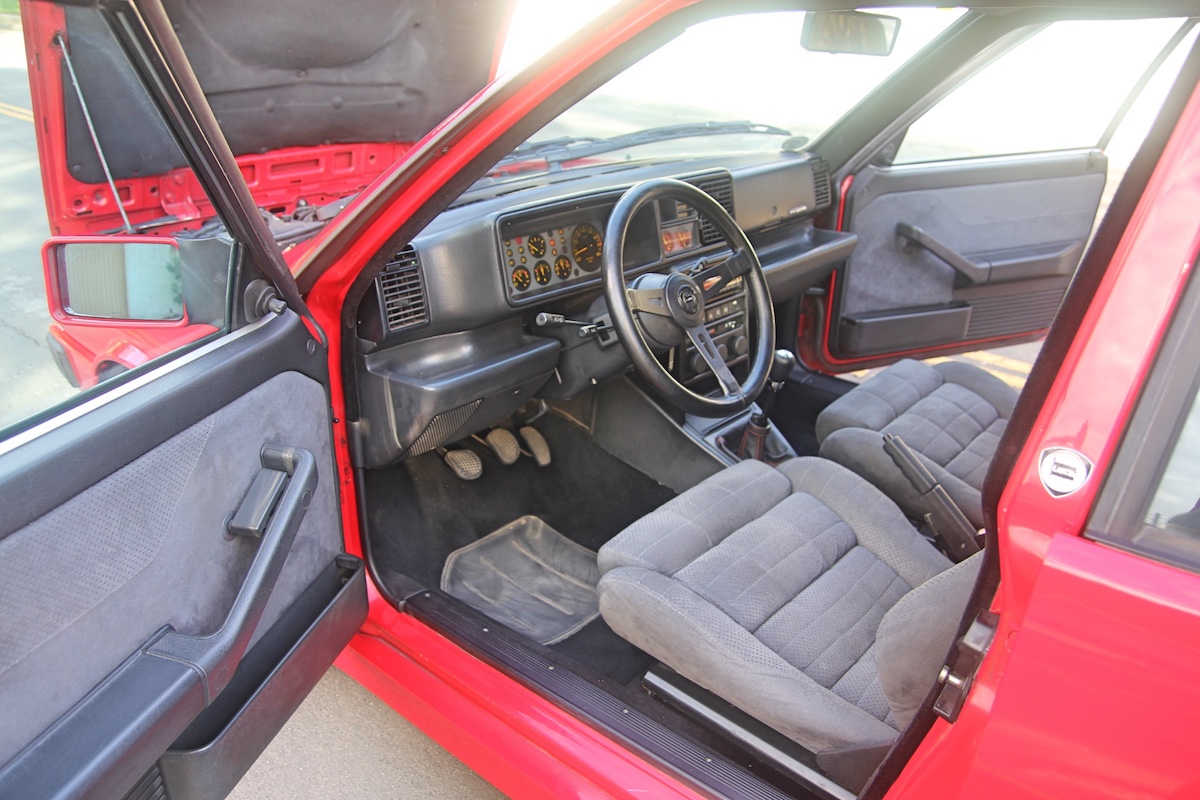 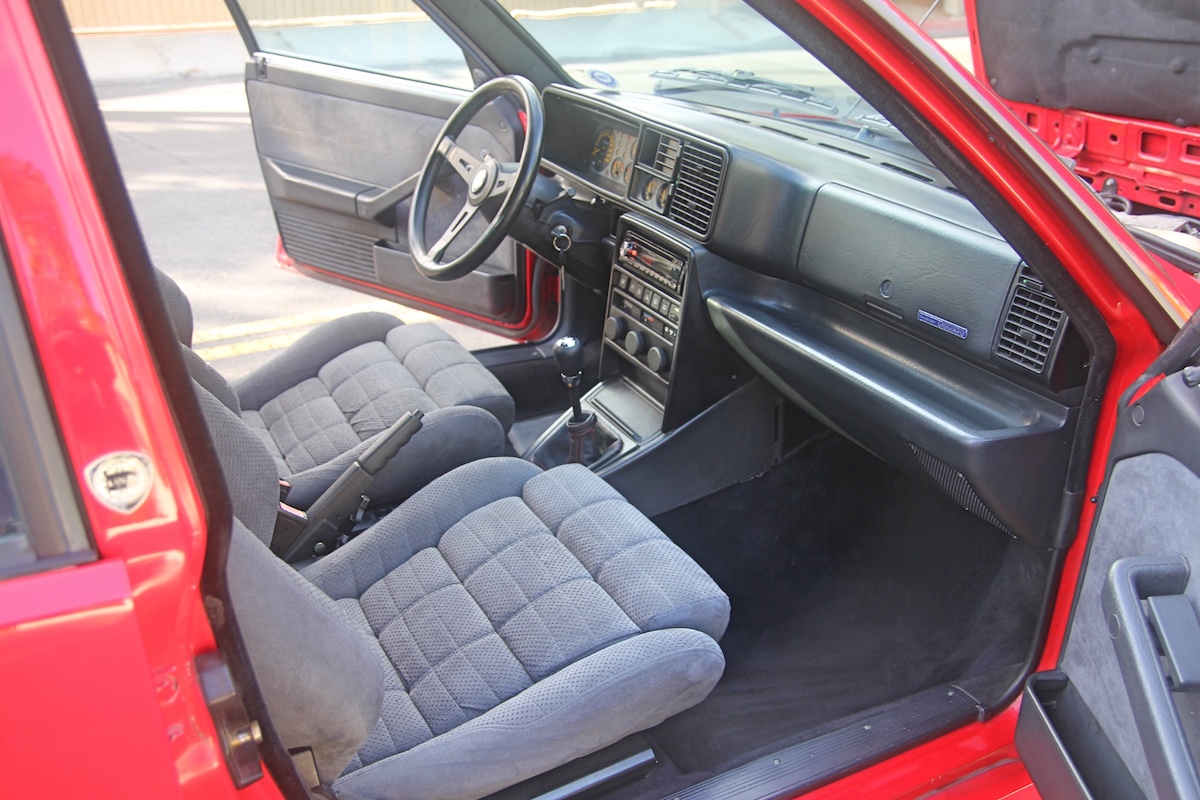 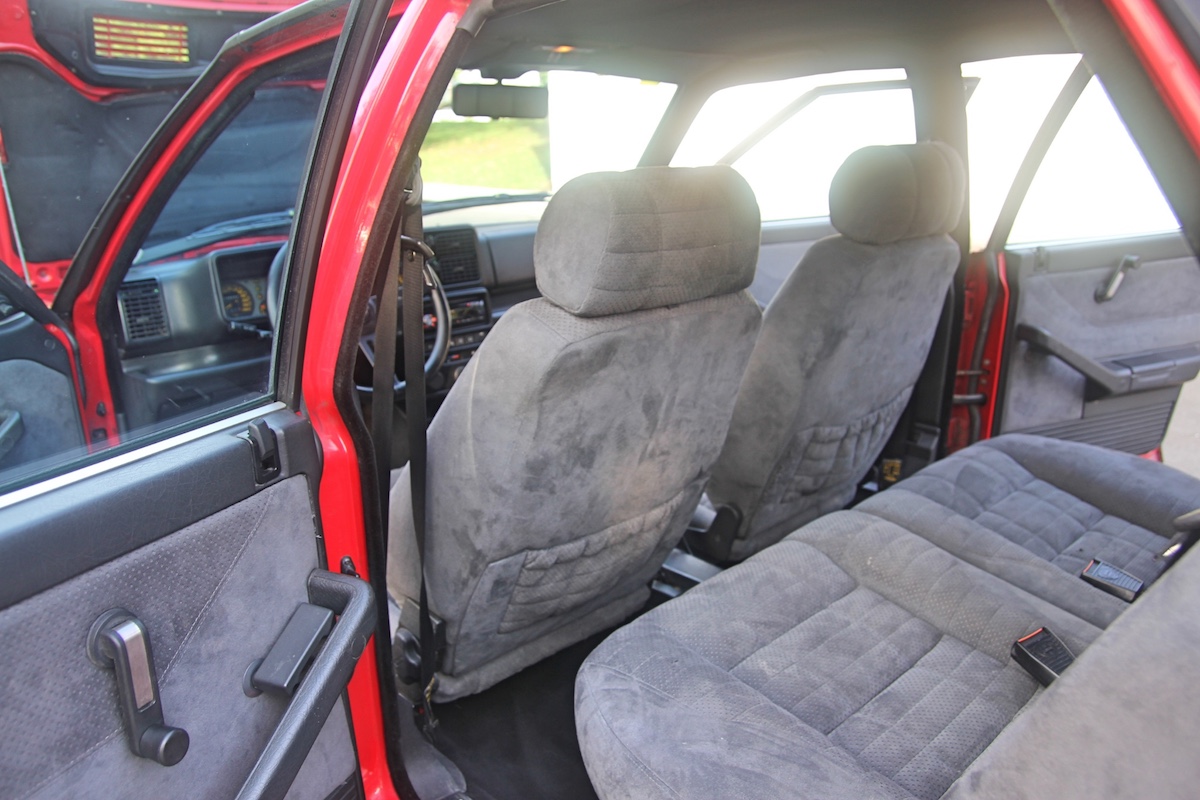 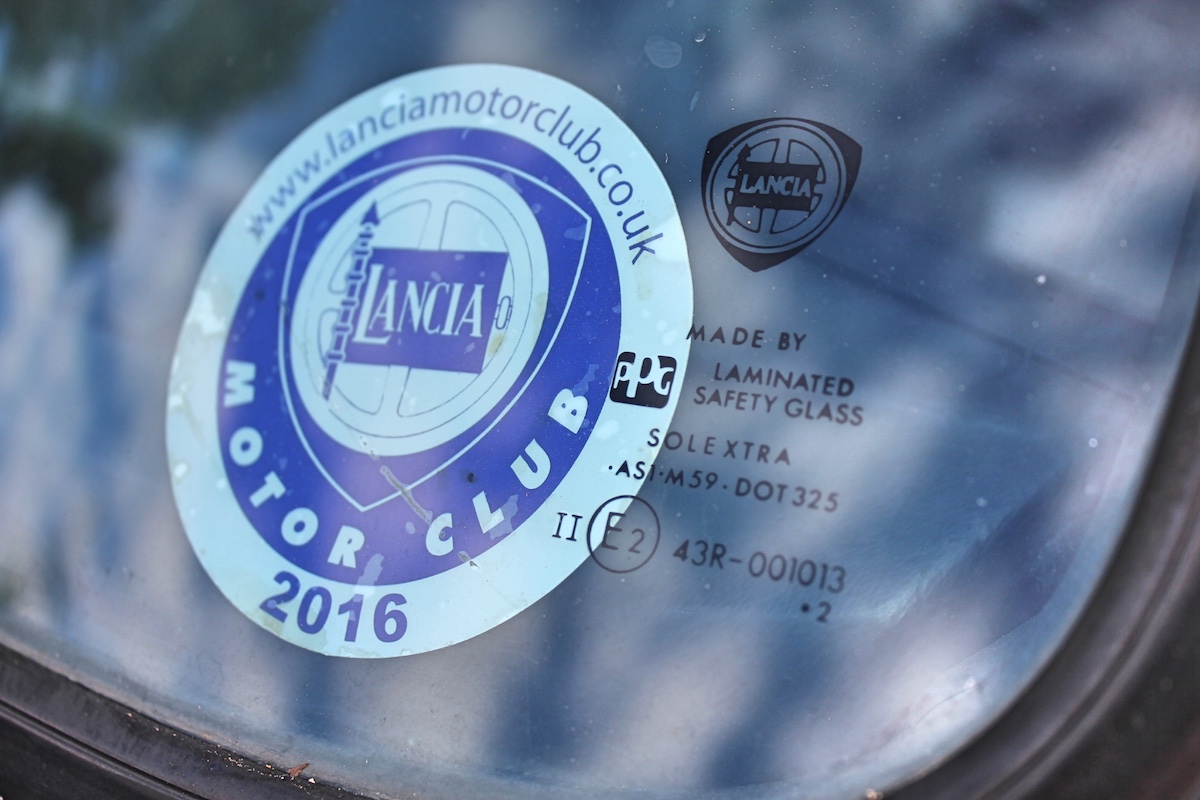