The M3 is celebrating 30 years in the United States with this limited-edition package.

In 1987, the boxy BMW E30 M3 hit North American showrooms and proved that you can indeed build a driver's car out of a luxury sedan. It wasn't the first M car, but it remains the most iconic in BMW's lineup, spawning four more generations of BMW performance sedans.

While it gained most of its popularity from the European market, BMW is keen to celebrate the 30th anniversary of the M3's debut in the U.S. Beemer came to SEMA this year with new M Performance parts for the M5 and the announcement of the one-off 2018 M3 30 Years Heritage Edition.

BMW produced just one M3 30 Years Heritage Edition (which we'll colloquially refer to as the M3 HE for reasons of sanity), which began as a 2018 M3 with the 450-horsepower Competition Package, to which Beemer added a healthy dose of patriotism: Red, white, and blue make up the basis for the M3 HE's color palette. 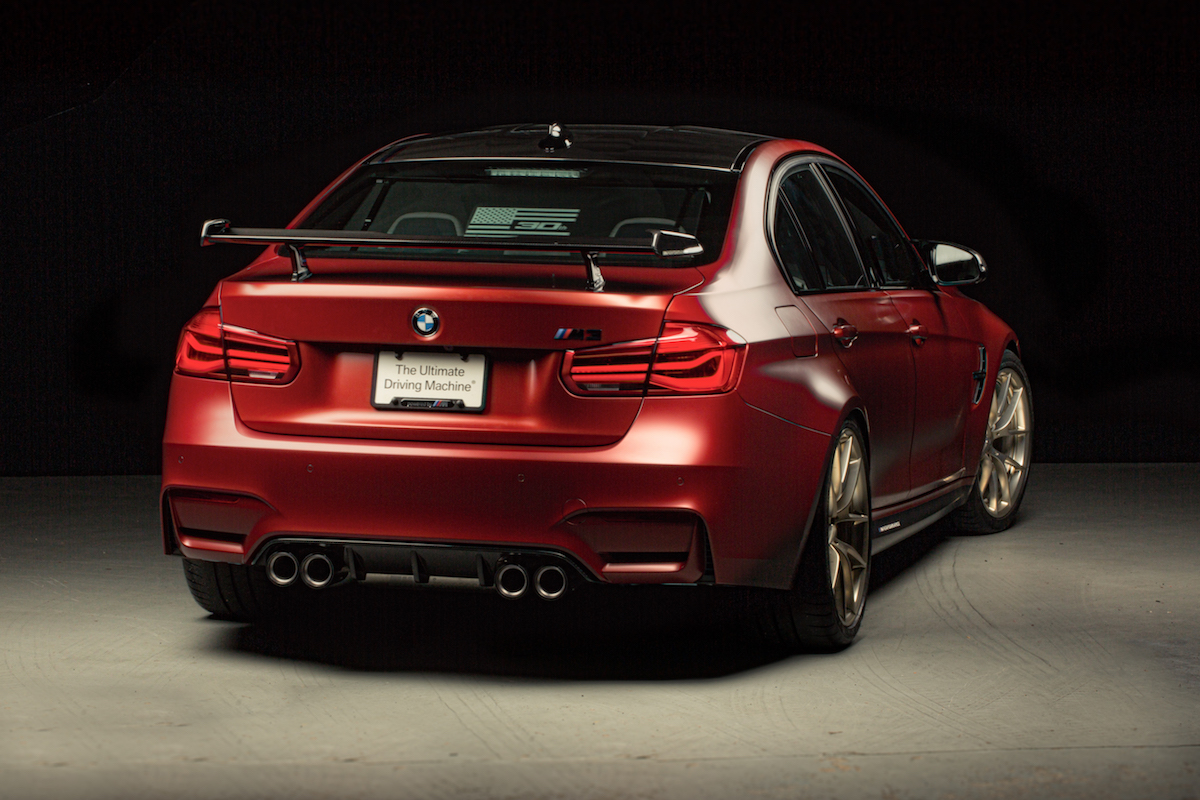 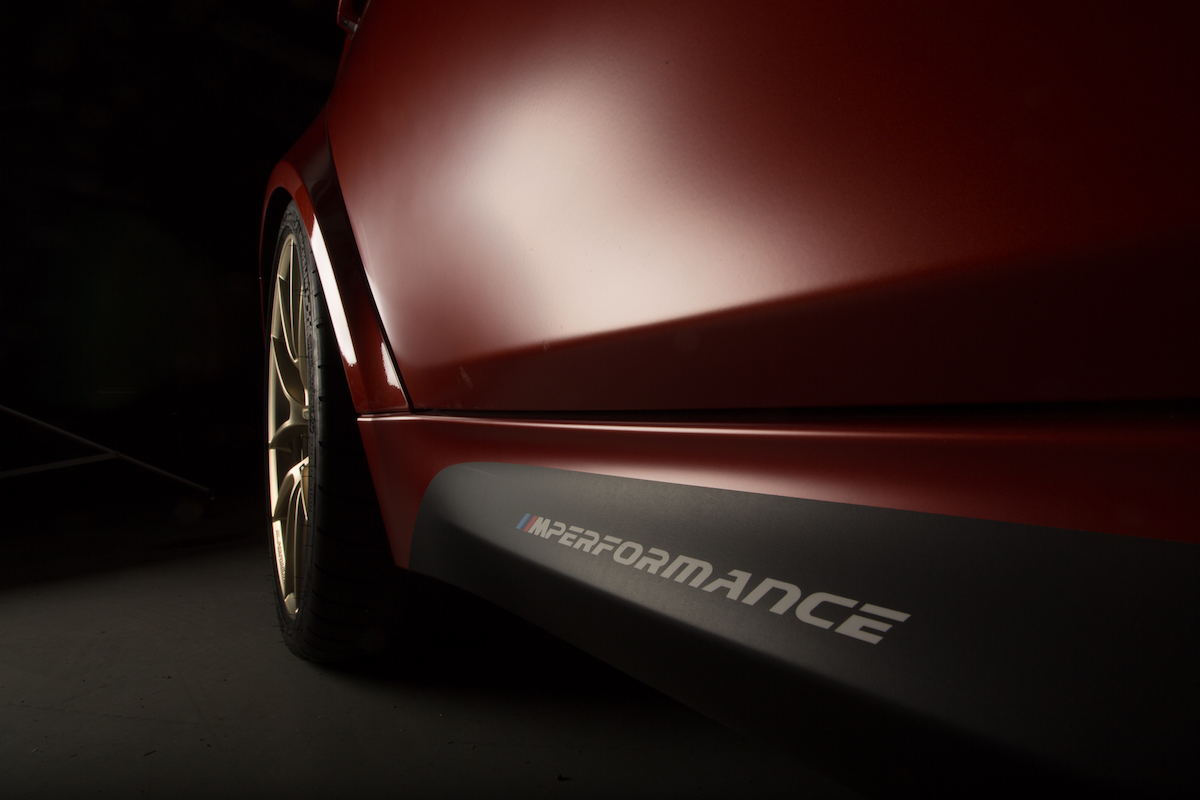 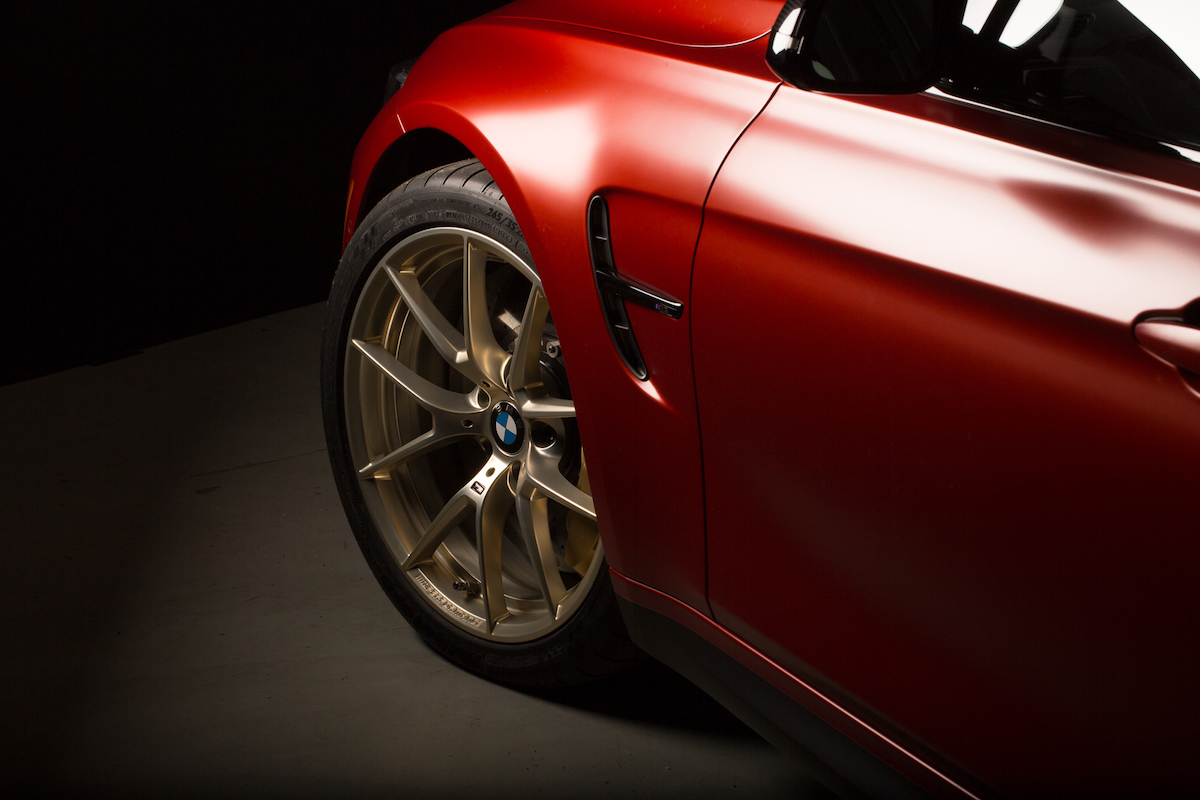 The exterior color is Frozen Red II Metallic, which takes inspiration from the E30's Henna Red. A set of bespoke, lightweight gold alloy wheels (19 inches up front, 20 inches in the rear) complement the exterior color. BMW insists that gold rims are making a comeback. These come cocooned in Michelin Sport Cup 2 tires for maximum track grip. 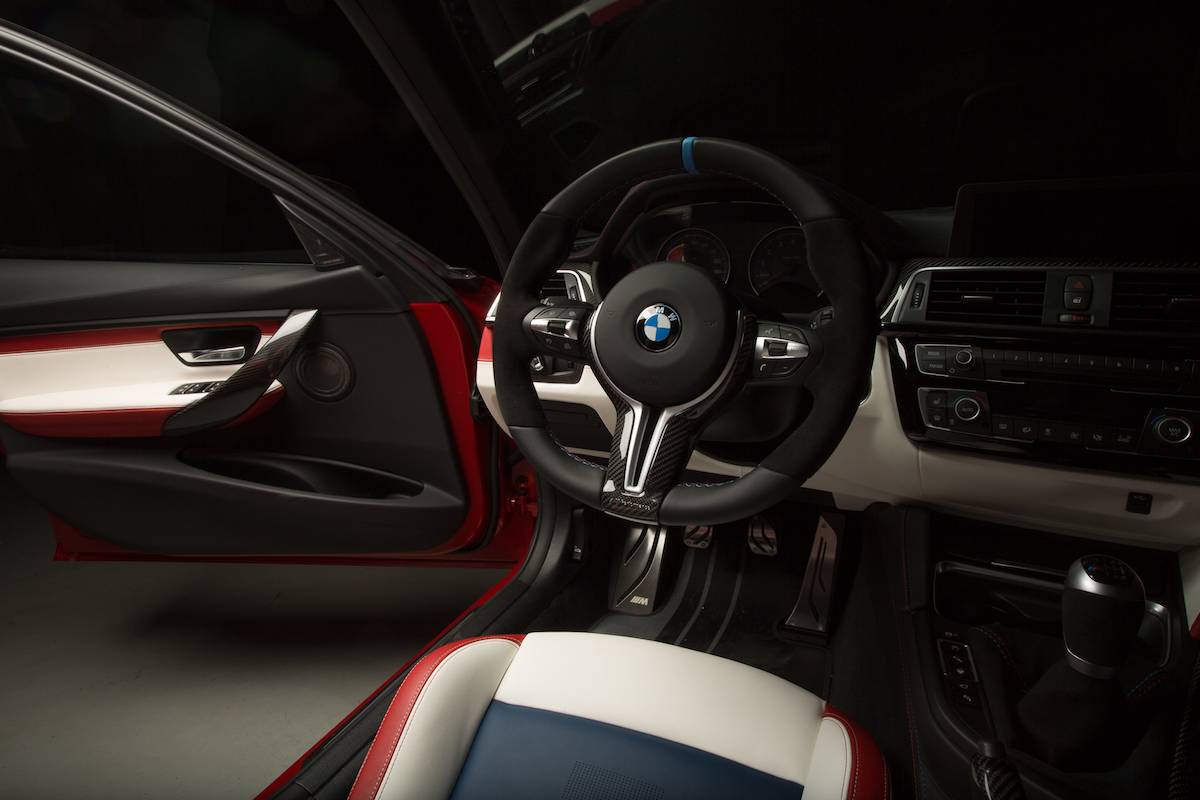 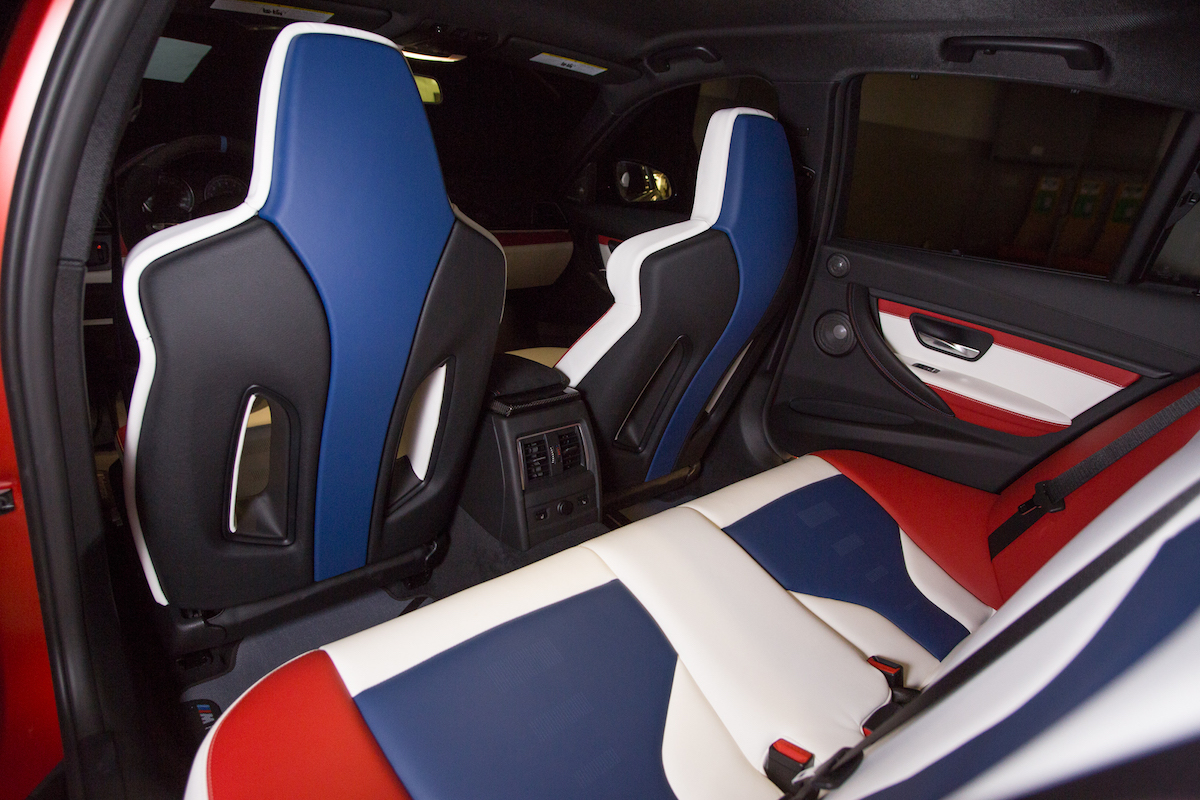 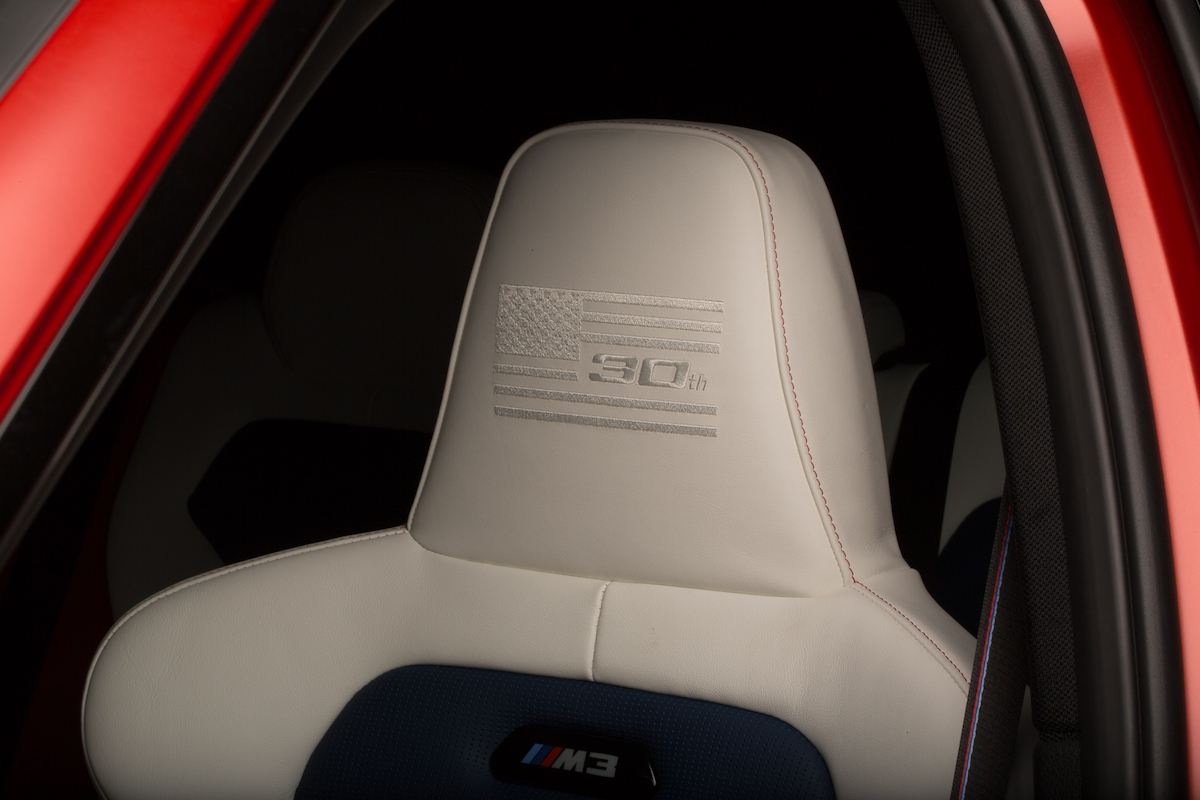 Open the door of the M3 HE and you'll be hit with a tidal wave of freedom, as the American tri-color coats nearly every surface. A combination of Mugello Red Merino, Opal White Merino, and Fjord Blue Merino leather make up the seat material. The same tri-tone is apparent on the contrast stitching, instrument panel, and doors. There are also American flags molded to the front seats for good measure.

The M3 HE features many of the same M Performance suspension and aero parts as the M5 linked earlier, save for the M3's one-off rear wing and exhaust system made to simulate the sound of old race cars.