Never underestimate Alfa Romeo's diehard fanbase. Those Alfistis truly love their cars, and with a company that has a history as rich as the Milano automaker, the affection is well earned. From top of the line Zagato models to the typical Normales, one thing that's hard to argue is the beautiful cars produced by Alfa Romeo. It's hard to pick just one, but only the criminally insane would argue against the raw sex appeal of the Giulietta Sprint Speciale.

The example in this Bring a Trailer ad is a pure one, at that. One of just 1,366 built, this car is as period correct as they come with designer touches to tip off the classic market. Seeing as it's structurally sound with the aesthetics to match, expect this one to fetch a pretty penny come the May 15th deadline. 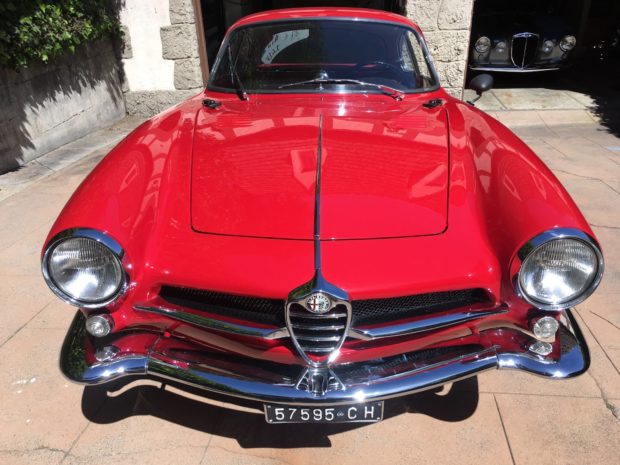 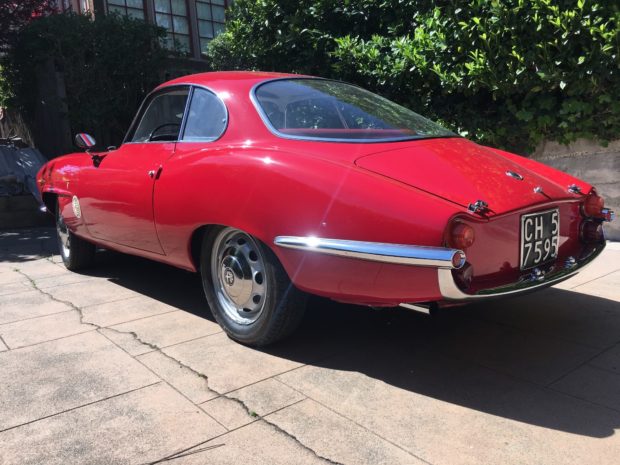 Most obvious is the car's stellar profile. It's obvious that this car was built in Italy during the 1960s, which is something that certainly plays in the car's favor. A detailed front fascia gives the Sprint Speciale a recognizable chin that distinguishes it from other Alfas of the era, and the sporty yet classy silhouette encompasses the car's gentlemanly spirit.

The red and white interior isn't necessarily subtle. Fine quality leather is set against a backsplash of cherry carpeting and paint, displaying a tightly fitted and finished cabin.

Lying under the bonnet is a 1,290 cc twin-cam four cylinder that is signature Alfa Romeo. Dual side-draft carburetors keep it supplied with fuel and help it to produce 100 horsepower in this application, upping its performance from lesser Giulietta models. Mileage reads 10,500 kilometers, though the seller claims that figure is inaccurate as he has placed an additional 7,500 kilometers on the car on top of the indicated amount.

The car has been treated to a list of mechanical maintenance in recent months while the underside retains a large amount of the factory coating. Though it isn't perfect, this is a clean example that has potential to be restored to factory condition without much work.