Watch as Porsche's most advanced racer of the era puts on a fire spitting high-speed demo. 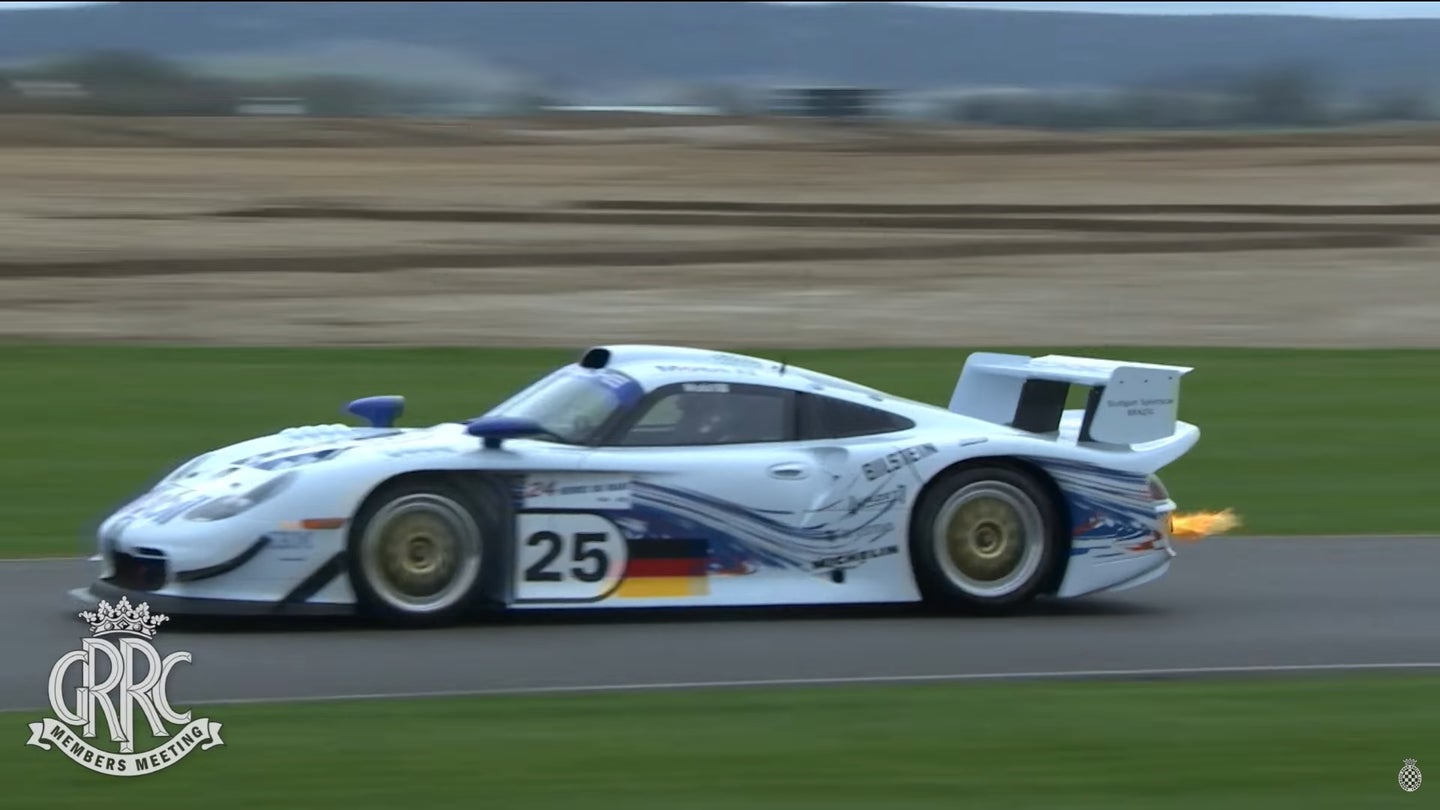 When Goodwood announced that they'd be hosting 1990s GT1 cars at this Spring's 75th Member's Meeting event, we could hardly contain our excitement. The prospect of seeing one of Porsche's 911 GT1s hit the circuit again was invigorating, but once we found out that there would be five of these rare magical beasts taking part, we were absolutely flabbergasted. The somewhat oddly-shaped long, low, and lithe Le Mans competitors were back in action, and they'd be joined by a cadre of other GT1-spec cars of the era: a few McLaren F1s, a lone Ferrari F40 LM, and an oddball skunkworks-cobbled Lotus Elise.

While this event was definitely not a race in any scope of the word, it was billed as a high-speed demo and that's enough for us. Let's see the cars thrust into the corners again, let's hear them wail through the gears, let's see them in use again. Luckily that's exactly what happened, and thanks to the glory of YouTube you can see the whole twenty-minute demonstration from start to finish from the comfort of your own home, without even buying a plane ticket to the UK.

Each of these cars is packed up for a standing start away from their grid position, and each of them is waved away one-by-one to give them an on-track gap to work with. Fortunately for us, it isn't long before the cars are grouped up in bundles jockeying for position. It's clear that they aren't exactly running these multi-million dollar machines at full chat, but enough fire spitting and tire sliding to keep our rapt attention. The Porsches, especially the later iterations, clearly have the legs on the field. It's a gas, give it a watch. It is worth noting that Nick Mason's now-infamous crash in his McLaren F1 GTR did not occur during this particular track session.