From Stock To SEMA In The Pandem Porsche Cayman 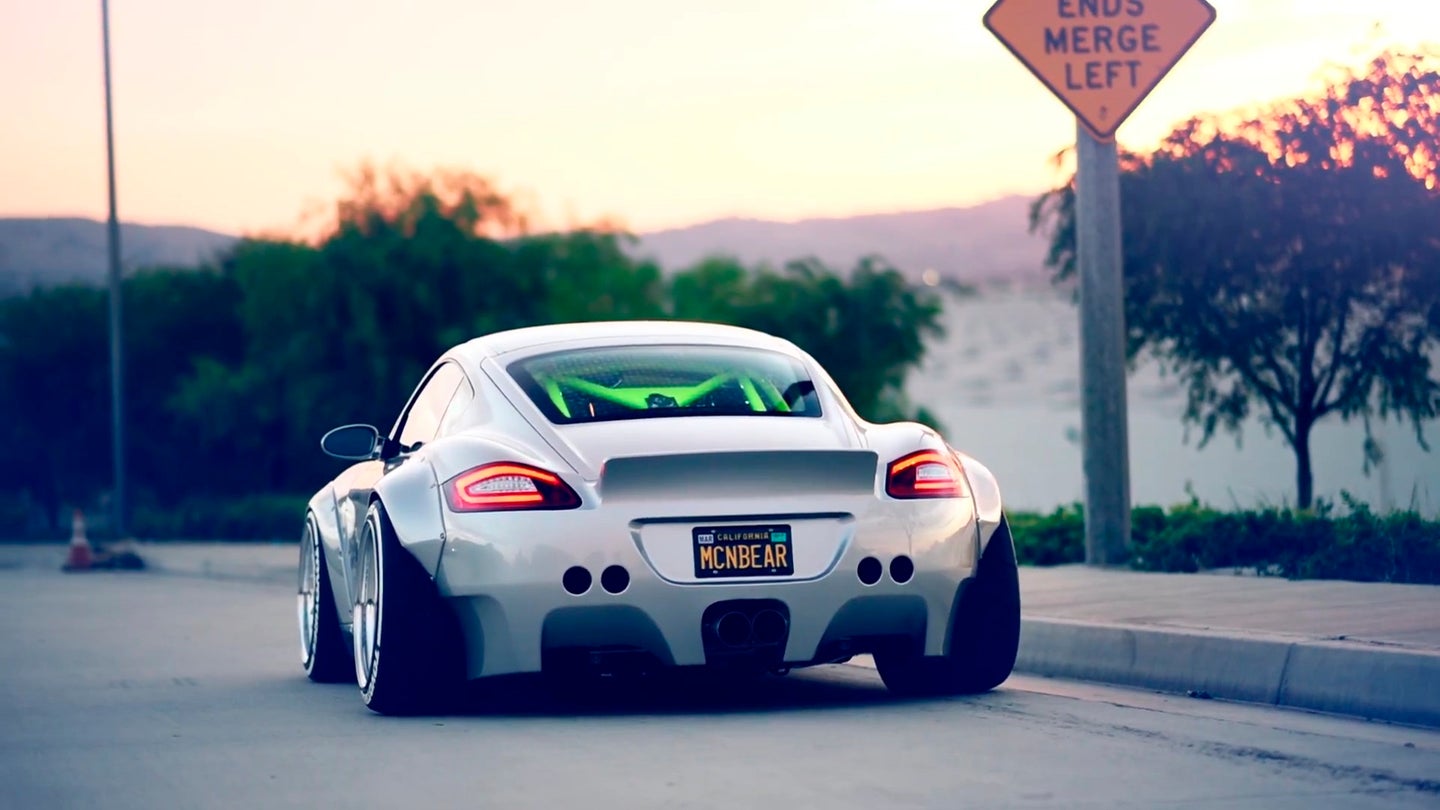 SEMA seems like it was ages ago at this point, but videos are still filtering out of builds from the days leading up to the big show in Vegas. For example, this widebody 2007 Porsche Cayman was built in no time flat, but the video took a bit longer to produce. In fact, there is a high likelihood that there was more time devoted to producing this 2-minute video than there was to building the car, from shooting to compiling to editing, it probably wasn't a short process.

The Motorsport-inspired widebody mid-engine Porsche was wheeled into the shop just weeks before the event, and as you can see in the video, the car wasn't finished until the day before it was due to be shown on the floor of the convention center. Less than 24 hours before, it would seem. The car already had the startings of a 'build', with lowered suspension and bigger wheels. When the car came in, it looked mostly stock, however. In spite of the fact that the interior had been replaced, and there was a lime green roll cage in the hatch area.

The finishing touch, before loading up to head to SEMA, was this wild widebody kit. Four giant fender flares, as well as a seriously modified front and rear bumper, were installed onto the car. This behind-the-scenes videos shows the test-fit, paint, and re-fit process. These days, if your show car doesn't have gigantic tacked-on overfenders and a set of sticky tires a mile wide, you're unlikely to garner much attention. Sitting in Toyo's booth, however, this Cayman definitely snagged show-goers' eyeballs.