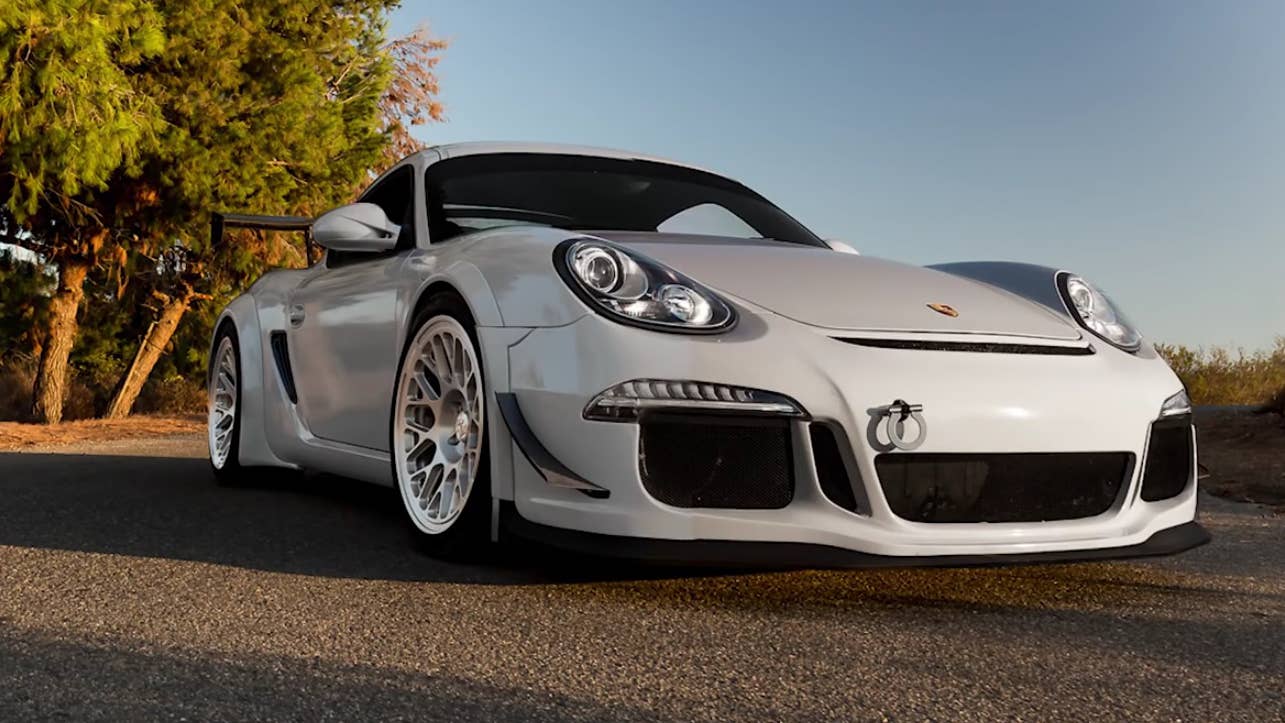 The language in this video is a little bit not safe for work, so we'll get that warning out of the way right up top. When you get down to the brass tacks of the car itself, however, you begin to notice that it has a lot of really cool details (and some not-so-cool). It's hard to say that a Porsche Cayman is slow, but this car is definitely built more for show than go, that said, it's got plenty of grip and with all that downforce you probably don't even need brakes through most of the corners. It seems to be riding a bit stiff, based on the video, and there is a bit of porpoising over bumps. That said, the car was just finished two days prior to this video shoot, and the owner mentions that it has not yet been corner-balanced, so we'll give him the benefit of the doubt for now.

One of the more interesting bits of the film is where he mentions that the added aerodynamic bits reduce his fuel economy down to just nine miles per gallon. This is a car that should be averaging somewhere in the mid-twenties from its 2.9 liter flat six, so that's abysmal economy. Lets talk about those aero bits for a second. On the back, there is a Getty Design ducktail that doubles as a base mount for the 997 RSR rear wing. The front bumper is a complete custom job with 987 headlight surrounds grafted onto a stock 991 GT3 RS front bumper. It's a unique and aggressive look that works pretty well. On the wheel arches, the car has been fitted with RSR-style rivet-on flares. The builders didn't like the looks of the exposed rivets, so after the flare was riveted on, they fiberglassed over the rivet holes to give it a smoother appearance. The flares help cover some wider Fifteen52 wheels and sticky Yokohama rubber.

Inside there are harnesses, racing seats, a half-cage, and a momo wheel. It's a basic package, but it's worked for decades, no need to change the formula now. It sounds a bit loud for my taste, but it doesn't sound bad. I'm sure I could get used to driving something like this around on a regular basis. I might want a little more ride height, however. Daily driven roads usually aren't racetrack smooth. It's a neat build, though. I appreciate it. What do you think?

How To Prepare Your Porsche Wheels For Winter

Larry Kosilla is obsessed with cleaning his Porsche, which makes sense because cleaning cars is kind of his job. In this video, he shows you how to make your car as clean as his.