For decades the 911 and the Corvette have gone up against each other in magazine tests, on public roads, and on race tracks. The C7 generation Corvette and 991.2 Carrera S have really pumped up the game this time. Place your bets! 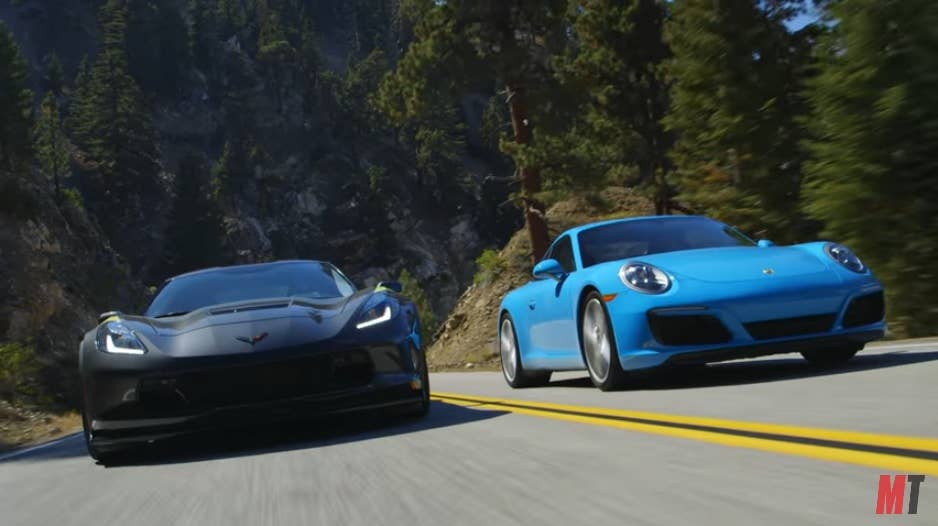 Porsche has created a real gem with the new 991.2 Carrera S. As tested by the Motor Trend staff driver, racing legend Randy Pobst, the new Carrera S is faster around the track than the old Turbo and the old GT3. Then again, Chevrolet has made the Corvette all the more badass with the new Grand Sport iteration. This new Chevy has magnetically-controlled dampers, 460 horsepower, and hellacious downforce. Neither of these cars are to be taken lightly, but they accomplish their speed in entirely different manners. Where the Carrera S is calculating and employs finesse, the Grand Sport is all brute force and sticky tires.

At the end of the day, it's unlikely these two cars will be cross-shopped as the Carrera S is quite a bit more expensive than the Corvette, but Jonny Lieberman and Jason Cammisa have these two nearly neck-and-neck in this competition. While they do end up tipping the decision to the raucous, loud, and brash American, on merit of it barely winning out on track, they can't say enough good things about the Porsche either. The fact of the matter is, if you want a great car, buy the Porsche. Then again, maybe I'm biased.

It’s not a de-powered Z06. It’s a grippier, better-looking Stingray. Shut up and take our money.