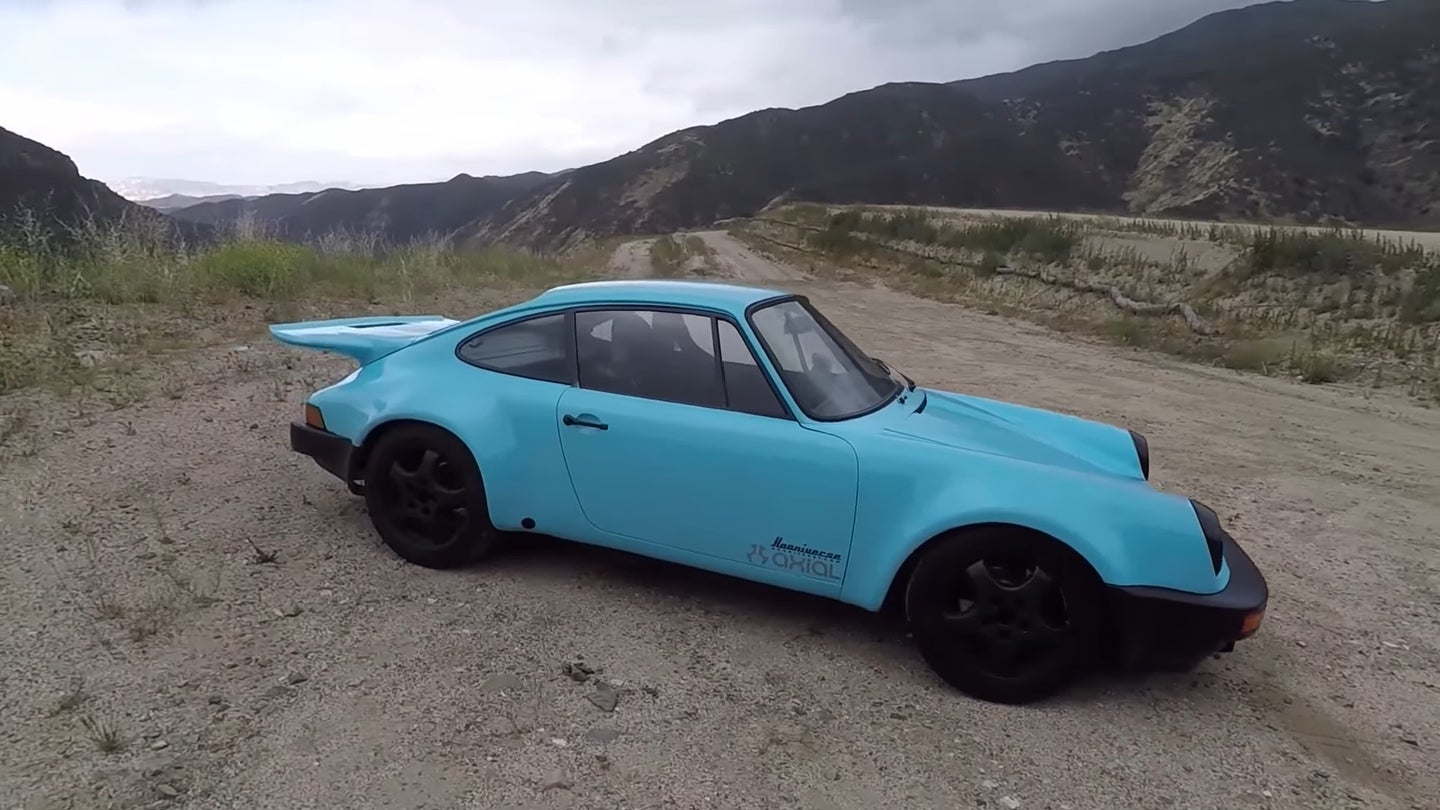 It is worth noting that the owner of this car is a friend of mine, and it is difficult to disguise any bias I may have toward his delightful old Porsche. The car started life as a longhood 911, but it didn't take long for John's father to begin converting the car into a proper racing car in the vein of Porsche's own 911 RSRs. It received a hot motor and an aerodynamics kit from the IROC cars, not to mention suspension tweaks to make it a properly competitive rennsport car. Since that chapter of its life, however, the car was allowed to sink into a state of disrepair, and John then revived the car back to street duties. How cool is it that his regularly-driven street car is his father's old racer? It never fails to bring a smile to my face.

Matt Farah seems to like the car's backstory as well, and can't help but shout about the car's exhaust note. Of course, you need to shout in this car, as it is quite a bit louder than modern Porsches. While the race engine and exotic bits were sold off in order to facilitate the finances of the car's revival, it's still got quite a bit more go than it did from the factory. These days the car features a 3.2 liter flat six from an 80s-era 911, and while some of the aero remains intact, the paint was completely gone, so it's since been wrapped in a beautiful pale blue shade. The black bumpers and wheels give the car a purposefulness that it needs to match its attitude.

If you want to be entertained, check out Matt's face on every 3rd gear shift. 915 gearboxes are a bit finicky.

A Family Heirloom Porsche Returns To The Track!

Entered in the Optima Batteries Ultimate Street Car Challenge, John Cary’s Porsche returns to the track after decades away.