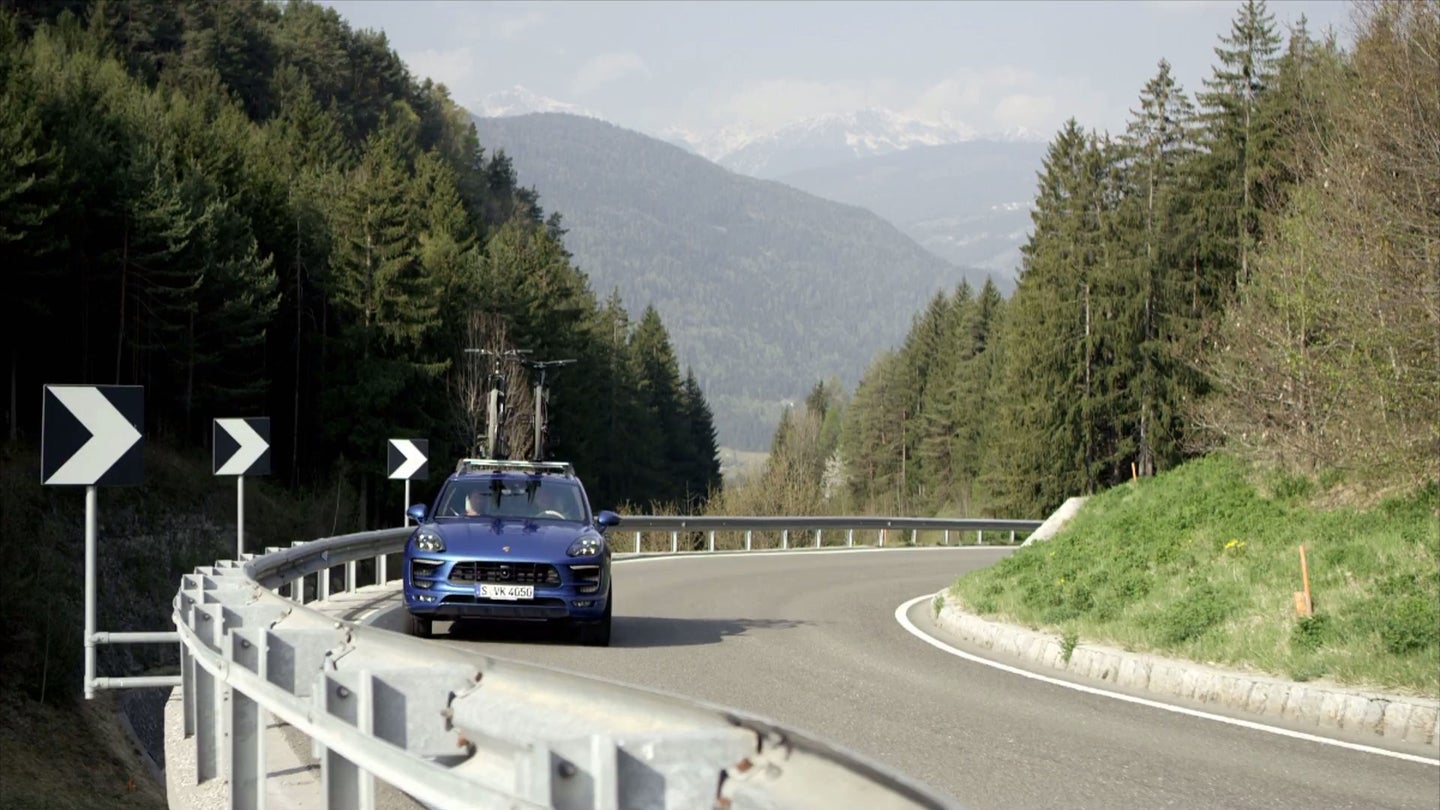 Porsche, since the beginning, has been billed as the daily-driver sports car, and as such, Porsche has always offered some form of rack carrying systems for their cars. It could be said that a Macan is the ultimate extension of that everyday sports car belief. On paper, the Macan is an SUV and shouldn't handle nearly as well as it does, or inspire quite so much on-road confidence. As such, it really rather should have a rack on top for carrying your cycle or other outdoor sport peripherals. As it so happens, your local Porsche dealer would be more than happy to sell you one.

This video short from Porsche is an entertaining one, if a bit predictable. With a race to the bottom for a pair of cyclists, there are no rules. One chooses to get down on the merits of his own pedal power (and a bit of gravity), but the other tosses his bike back on the rack and zooms down under the power of his Porsche. Which do you think can get down to the bottom of the hill first? Given the choice of a bicycle seat, or Porsche's 18-way adjustable comfort seat, which would you pick?

Of course, being a Porsche accessories advertisement, it wouldn't do well for them to use a non-Porsche bicycle, would it? What other Porsche Design Driver's Selection pieces can you spy in this short video? There might be one or two.

Porsche Design and AOC Team Up for a Gorgeous Computer Monitor

Available on July 24th in 24″ and 27″ sizes, this monitor design doesn’t have any hanging wires.