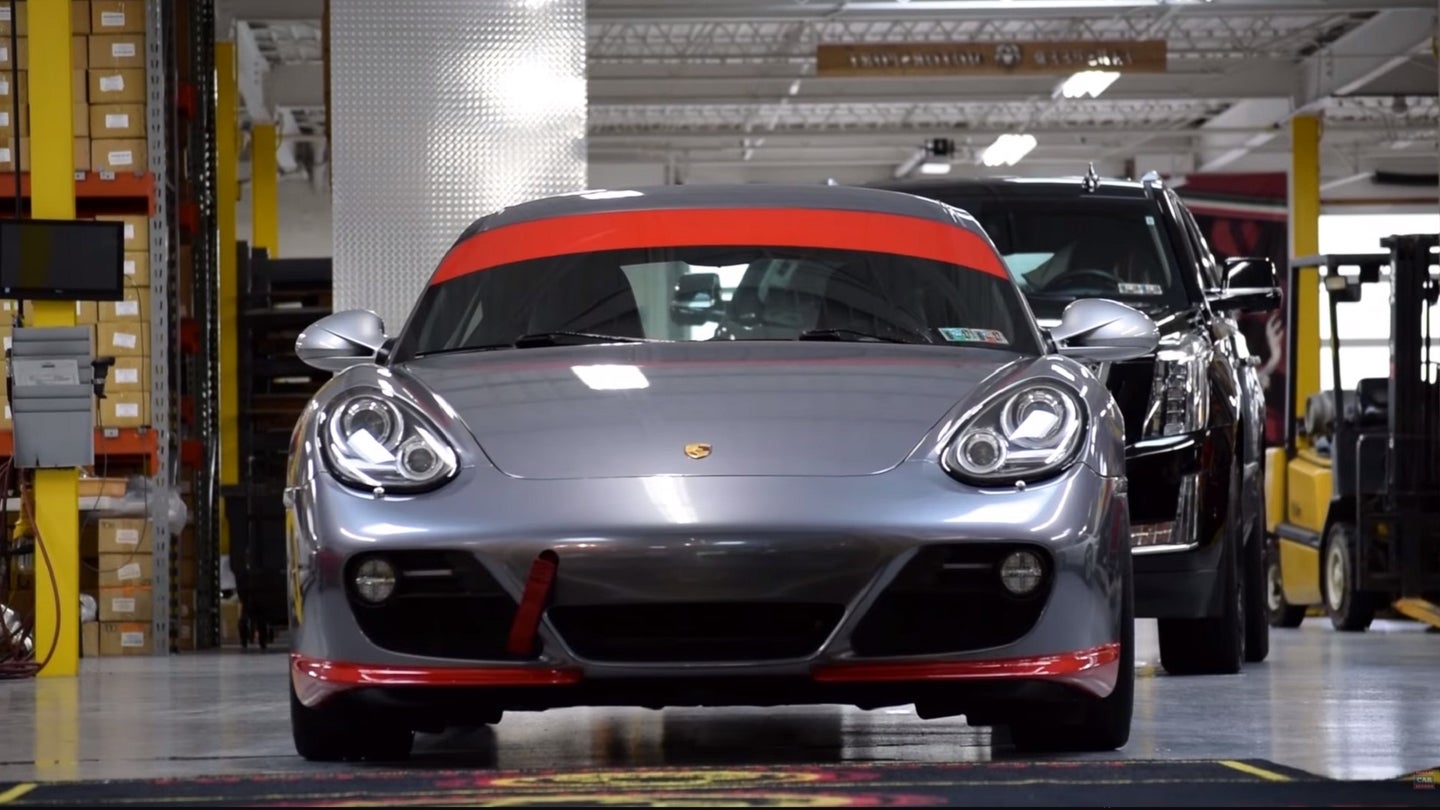 Porsche's Cayman R ranks easily among our top five Porsches ever built. It's a willing dance partner that will make you feel ultra confident in its, and your, abilities. You'll be comfortable with the car in mere minutes at the wheel, because it is such a communicative chassis. Yes, a Cayman GT4 is much faster and has many of the same qualities, but it is also larger and heavier, and the more powerful torquier engine covers up some of your own mistakes as a driver. Where the Cayman R feels like a handshake, the GT4 feels like a prison riot happening all around you.

Mister Regular doesn't convey much of that in this video, as he doesn't have any on-limit driving experience, and says as much in this clip. This, exacerbated by the fact that the car is being tested in wet weather, indicates that there's no way he could have gotten a proper feel for the car. He, for some reason, compares the Cayman R to a Corvette, and talks about how well it would do on a date. He also talks about how a Cayman is an inexpensive sub-20k car, but apparently has not looked at Cayman R values lately. This completely misses the point of the R. Sure, someone with a base Cayman might be the kind of guy that puts his Porsche key on the bar when he orders a drink, but we like to think that an R driver is more refined than all that.

The quoted 300 horsepower to the wheels is likely an optimistic number considering parasitic drivetrain losses, but probably not that far off from the 330 flywheel horsepower as quoted by Porsche when the car was new. With a higher flow exhaust, and myriad brake upgrade components, Fabspeed John's Cayman R sounds like a near-perfect car to take for an afternoon of track driving. What do you think?

Fair warning, this video features some relatively not safe for work language, so click at your own risk.