Have Cayenne Turbos Become The Best Bang For The Buck In Performance SUVs?

This black beauty Turbo was purchased for just $6100 at auction, is it any good? 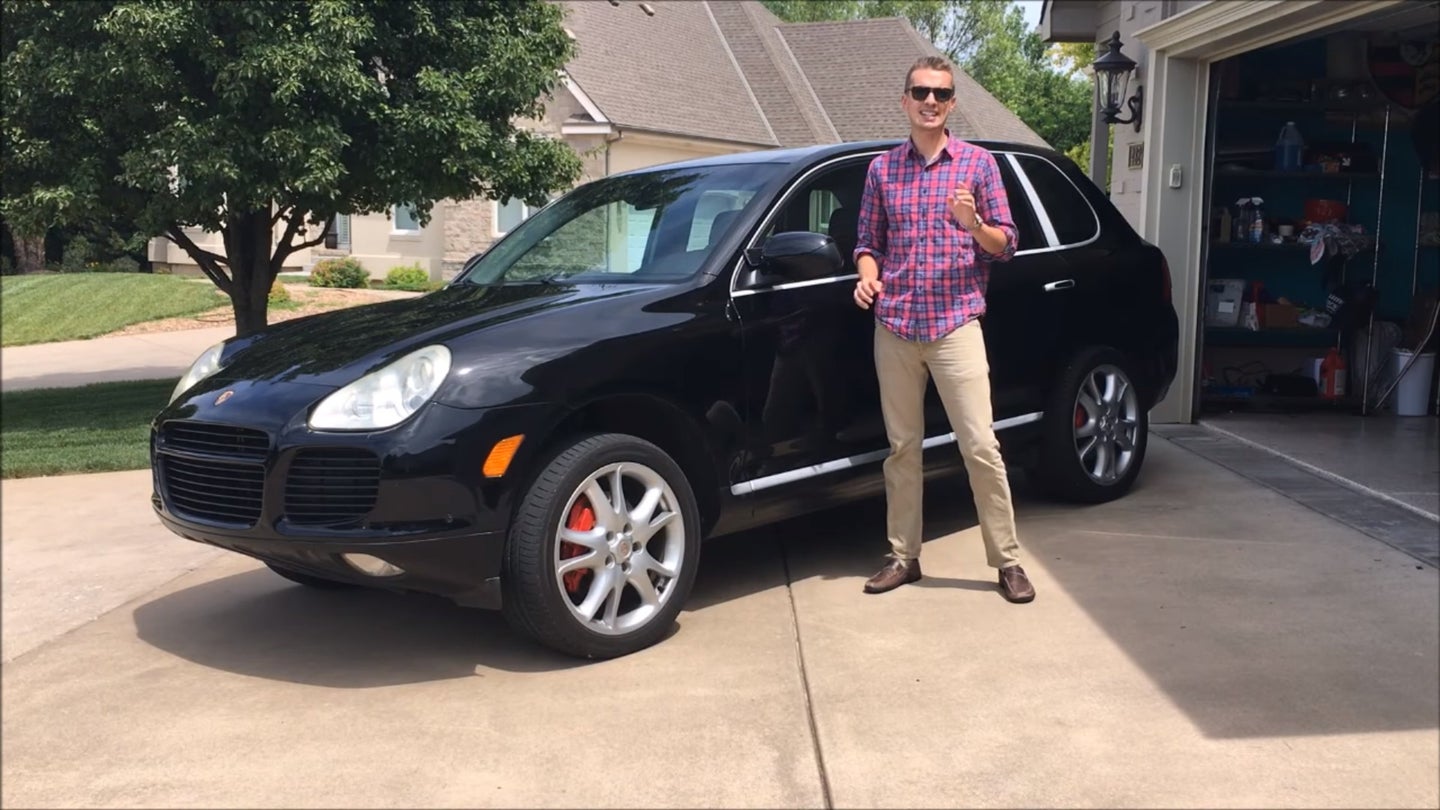 Sometimes you can luck into a really good situation by taking a risk or two. In the case of this guy's new Cayenne, he practically won the lottery. Cayennes have started to depreciate to the point where they're becoming quite affordable, but this one was a bargain needle in an inexpensive haystack. Tyler Hoover bought this Cayenne at a dealer auction in Florida sight unseen for the low low price of just six thousand one hundred dollars. That's less than most Boxsters sell for these days, and you're getting twice as much car with twice as much power.

When the car was retrieved from auction, this particular model had been sabotaged with a couple of the ignition leads disconnected, likely by another bidder trying to get the price to go low. There was a suspension leveling sensor that was broken and a minor oil leak, but it otherwise checked out. Hoover got a great 140,000-mile turbocharged V8 Porsche SUV for less than some people pay for a watch. Color us just a little bit jealous. Of course, he couldn't have gotten that deal without the dealer auction and the saboteur combined, but he did, and the fact remains that he has it at his house for just 6100 greenbacks.

That price might sound absurdly low, but if you look around, you'll find similar early Cayenne Turbos trading hands with similar mileage for just under ten grand. The 955 generation Cayenne is hardly a beautiful car, and the interiors are possibly the only thing worse than that of a 996, but it sure is a lot of performance for the cash. With 440 horsepower and 460 lb-ft of torque on tap, it'll run from 0-60 in just over 5 seconds and comes standard with a low-range transfer case, locking differentials, and height adjustable off-road air suspension. There aren't many performance SUVs that can offer that for just ten thousand dollars.