With the same power, acceleration, and top speed, which would you rather? 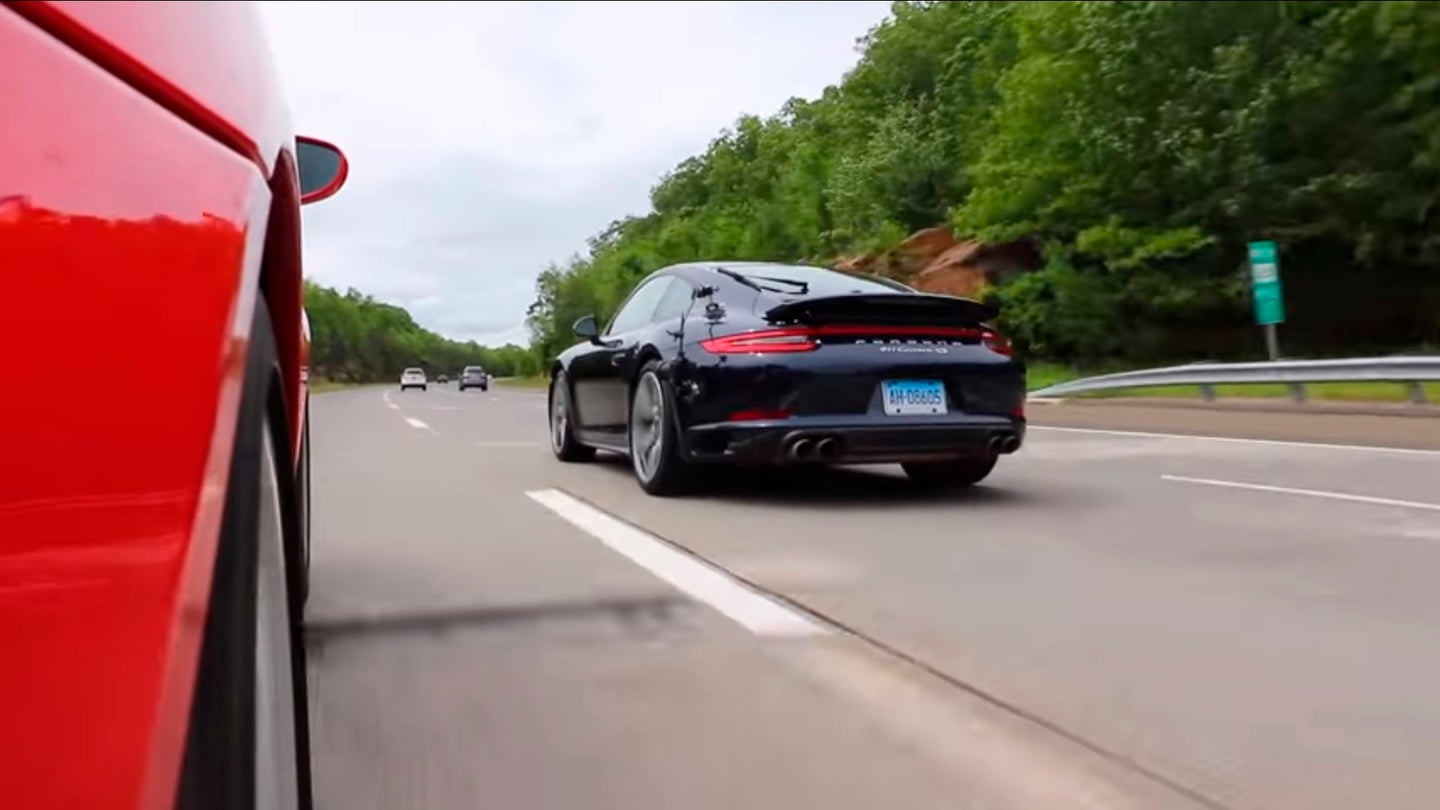 The classic battle between new and used has raged since time immemorial. Is it better to get the older model and save a few pennies, or is the new one worth the cash outlay for all the 'bells and whistles'? In the case of this Porsche battle, however, we're investigating the differences between the top model Turbo of a decade ago against the almost entry-level version of the 911 from today. Because of advancements in power, drivetrain, and chassis, the new 991 Carrera 4S has essentially the same power rating that the top-of-the-line powerhouse Turbo had in 2005. Effectively both cars are all-wheel drive, and powered by turbocharged flat-six watercooled engines producing 420 horsepower, but one cost about fifty grand, while the other is a bit more than double that figure.

The 996 Turbo featured in this video is a bit louder, a bit harsher on-road, and a bit less comfortable than the 991.2 C4S Nick Murray owns. It also has a peakier power delivery and a slightly more 'fun' because it is a bit more of a challenge to drive quickly. The 991.2 model, however, is significantly prettier on the inside and outside. In fact, Nick even goes so far as to comment that the 996 is the "Aztek of the 911 range", which seems a bit harsh to us.

Considering how much larger the 991.2 car feels over the 996 we're somewhat surprised to see it with a slight weight advantage over the 996 model. The two cars are run in a pair of 'roll racing' drag comparisons, but the runs aren't exactly apples to apples if you ask us, but we'll let you make your own decision on that one. You'll also have to decide for yourself which of these cars you'd rather have in your driveway. Given the choice, we think we'd take the 996, actually. Metzger for the win.

When you have an infinite budget with a goal of victory, this is the kind of car you build.

Towing a tube behind your Porsche may sound like fun, well it is.