Porsche Racing History Gets The Celebration It Deserves At The Mitty 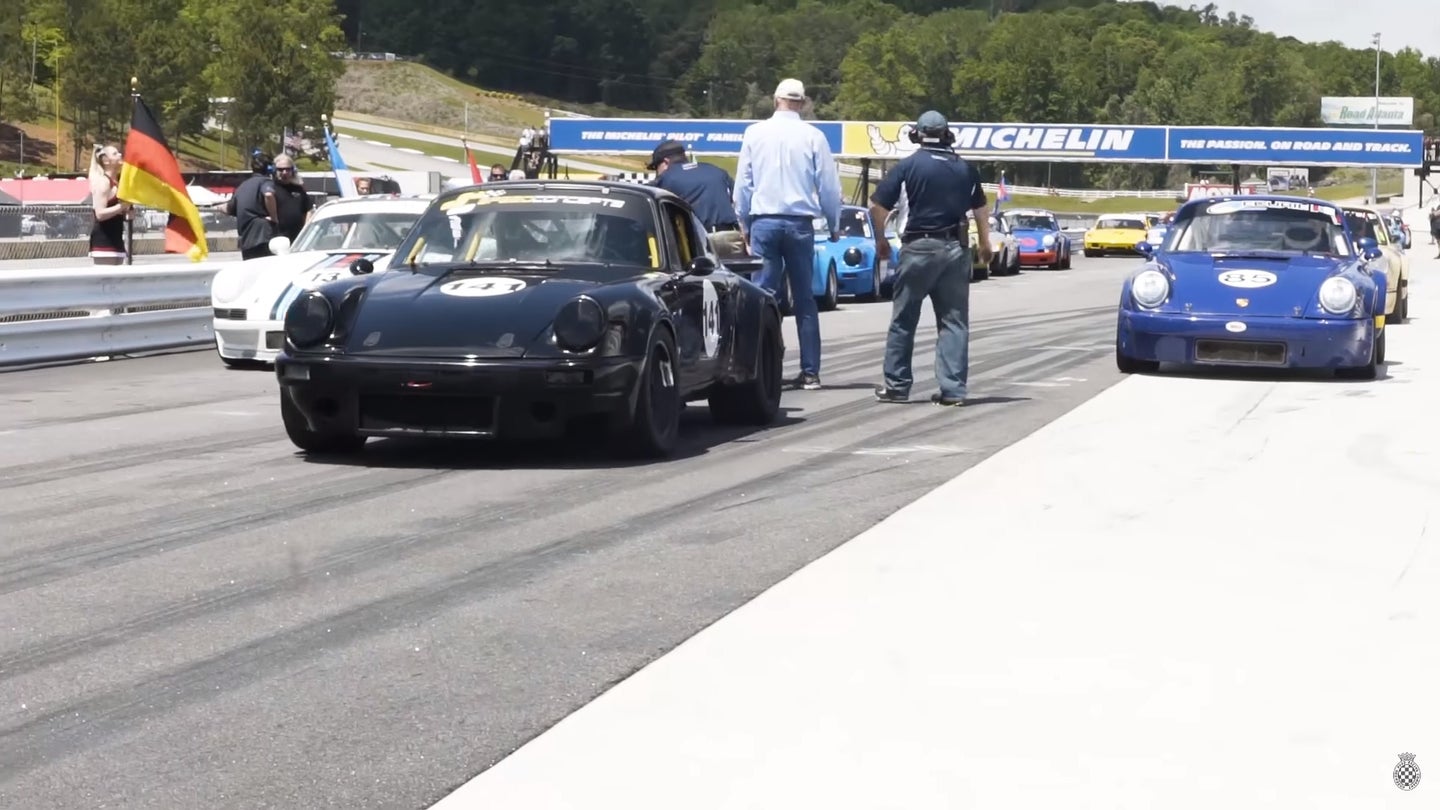 With Porsche's North American Headquarters based just a bit to the south of Road Atlanta down in Hapeville, GA, it made perfect sense for the biggest East Coast vintage racing festival, The Mitty, to host Porsche as their featured marque. Porsche has been involved in motorsport practically from the moment the company was founded, and has evolved into one of the most motorsport inspired automotive brands in the world. Porsche has taken victories in basically any racing discipline you can think of. Of course they belong at the top of the short list of featured marques. Not only that, but followers of the brand are perhaps the most fervent supporters on earth.

Aside from Ferrari and Honda, Porsche seems to be the only manufacturer that can host a single-make motorsport festival (Rennsport Reunion) and attract racers and fans from all over the world. This year's "Mitty" event was on a slightly smaller scale than Rennsport, and racers from other manufacturers were of course allowed. The Porsche-only heat of racing, however, was among the most exciting of the weekend, as there were decades worth of racers on track with varying levels of performance, making for passing at seemingly every turn. This video only helps to depict just how manic and wild the start of such an on-track session can be.

We've heard from sources within Porsche that their Rennsport Reunion will be kicking off again for the sixth time next summer. Hopefully this event will only help to drive interest in vintage Porsche motor racing, and even more people will show up for RRVI next summer. Having attended both The Mitty and Rennsport, they could both stand to learn a thing or two from each other. Fun and interesting in their own rights, both events are enticing. Perhaps you should put both on your calendar for next year?