We don’t really need to explain what happens if the strap snaps, right? 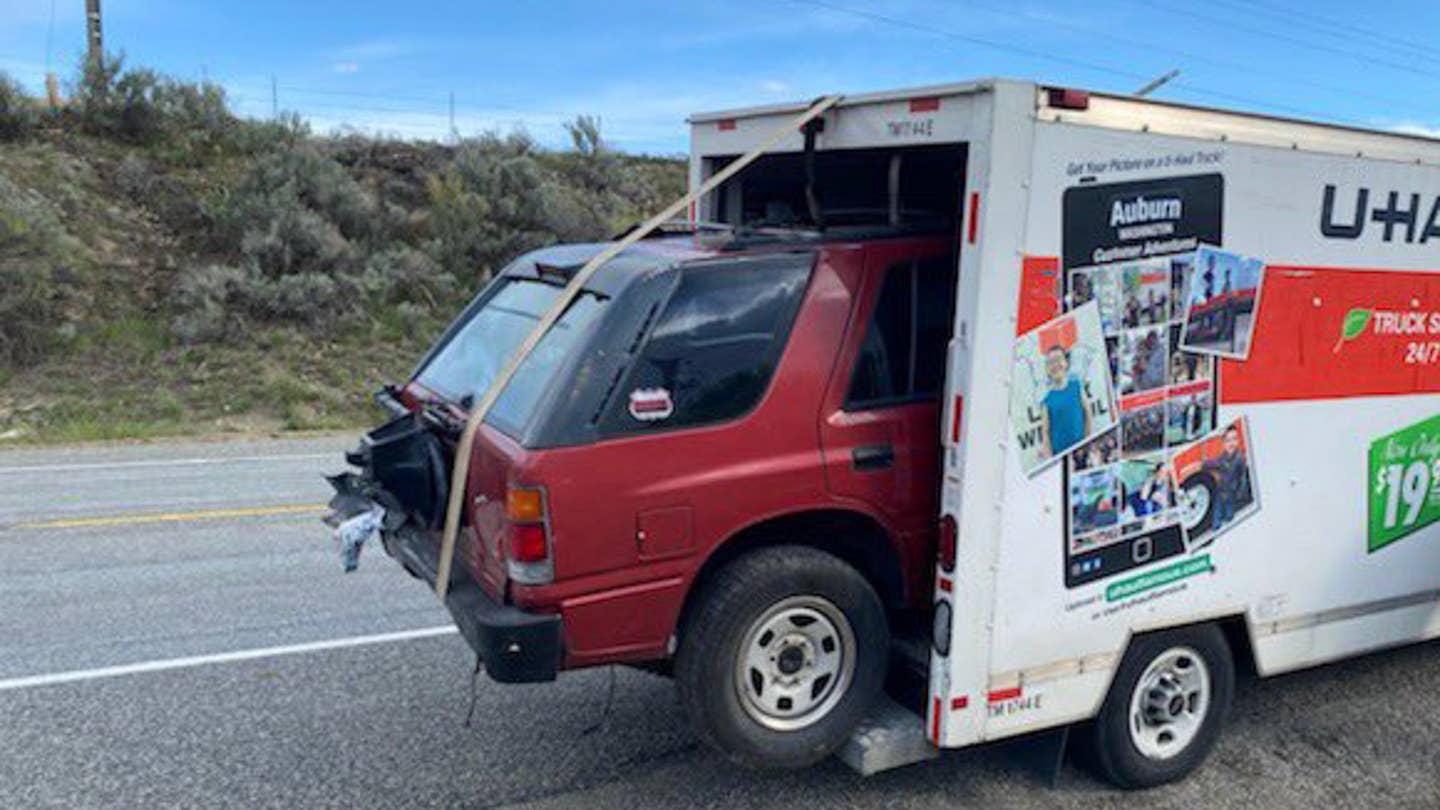 We've all been there before; too much junk to move and not enough help from friends and family. What do you do? Whatever it takes, supposedly, including shoving your SUV into the back of a U-Haul moving truck even if it doesn't fully fit. Surprisingly, this is the tale of a Washington driver—not Florida—who decided to transport what looks to be a '90s Honda Passport in the back of the rental box truck. They didn't make it to their destination, however, as a Washington State Patrol spotted the make-shift transporter and promptly pulled it over.

A state trooper stopped the driver when they saw the truck driving along State Route 97, just north of Okanogan, with an SUV hanging out of the back. Attempting to keep the Passport in the truck was nothing but a thick ratchet strap, which ultimately kept the rear tires from touching the ground and the SUV from falling out of the back and becoming an enormous safety hazard for other motorists.

It goes without saying that moving a car this way is dangerous, but I'm also kind of impressed the box truck was able to handle it. From the looks of it, the truck in question was a U-Haul 10-foot moving truck, which has a maximum load capacity of 2,850 pounds. A '90s Honda Passport, in its lightest two-wheel-drive spec, has a curb weight of around 3,653 pounds. If it's a four-wheel-drive Passport, that curb weight jumps to 3,926 pounds. Either way, the little SUV weighs far more than the U-Haul is designed to handle.

It's genuinely surprising that this rigged transporter didn't end in catastrophe, either on the truck's part or on the lone strap holding the Honda. So many things could've gone wrong while driving down the road.

Ironically, that same 10-foot moving truck has a towing capacity of 6,000 pounds, meaning that this driver could have rented a trailer and towed their Passport with that same truck, properly, safely and legally. If you need to move a vehicle, do so properly. Either have it transported by professionals or get a proper car trailer/dolly.

Got tips? Email us at tips@thedrive.com