The sleek design riffs on an earlier Genesis concept while making some notable changes. 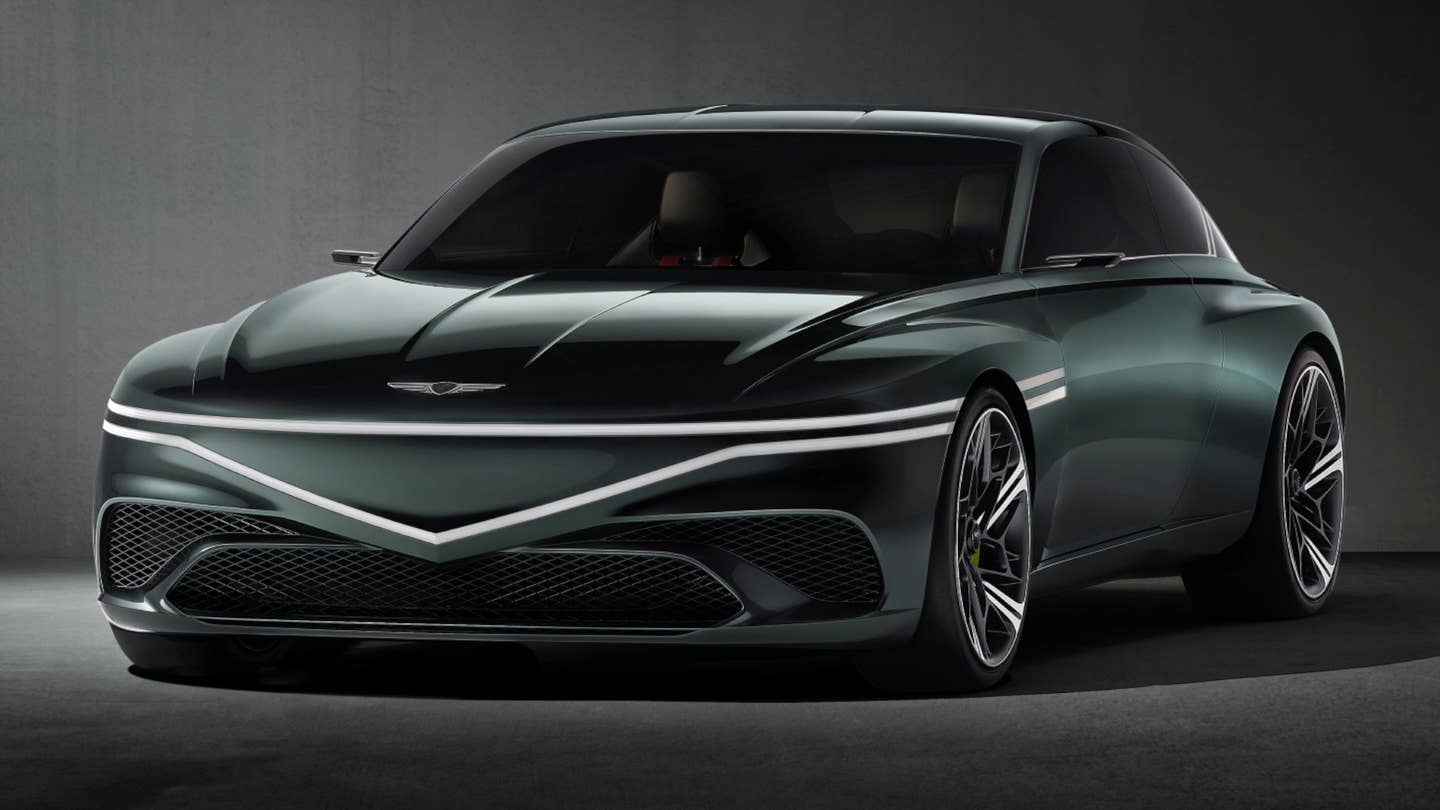 Concept cars are often used by automakers to trial future styling ideas with the public and to build excitement for coming models. Genesis is doing just that with its latest effort, the X Speedium Coupe, hinting at the brand's direction as it pursues electrification in the coming years.

The concept was created as part of a design exercise, riffing on the earlier Genesis X concept that debuted around this time last year. Genesis notes that the design "is not a conventional concept car that previews plans for the production line-up."

The X Speedium Coupe bears a strong resemblance to the previous design, particularly from the frontal aspect. The lines around the front splitter and along the hood are virtually identical, as is the way the lighting wraps around the fender.

However, the new concept features a more EV-styled closed design for the grille area, with the LED lighting outlining the area where the open aperture used to be. Where the previous vehicle featured more of a three-box design, the X Speedium Coupe instead has a fastback rear, while still retaining two doors unlike some "coupes" we've seen in recent years.

The lighting design is one of the most standout features of the concept, though. The signature "Two Lines" lamps, as seen front and rear, help create a distinctive outline around the car. The design language is evident on other models like the 2023 Genesis G90 and the 2022 GV70, so expect it to stick around on future vehicles.

Sporting touches include the upswept ducktail at the rear, as well as the broad track complete with pumped arches at each corner. The low, sleek design is intended to project a "muscular presence" according to the Genesis press release.

The unique name chosen for the concept comes from the Inje Speedium racetrack, situated high in the mountains of Genesis' home country of South Korea. Indeed, the circuit also lends its name to the paint scheme, with the concept finished in a luxurious emerald shade by the name of "Inje Green."

The name may have legs beyond the concept stage, too. As reported by CarBuzz, the Korean automaker has filed trademarks for the name "Genesis X Speedium Coupe," suggesting the company may have more serious aspirations beyond a simple design study.

Genesis notes that the design features "an EV face" to symbolize the company's transition to an all-electric lineup. Genesis plans to have six EVs on sale by 2030. Whether one of them resembles the X Speedium Coupe remains to be seen, given the company's statements. However, one suspects few enthusiasts would say no to a sleek two-door EV from the luxury Korean manufacturer.