Ghosn has already made his feelings clear about being an international fugitive. 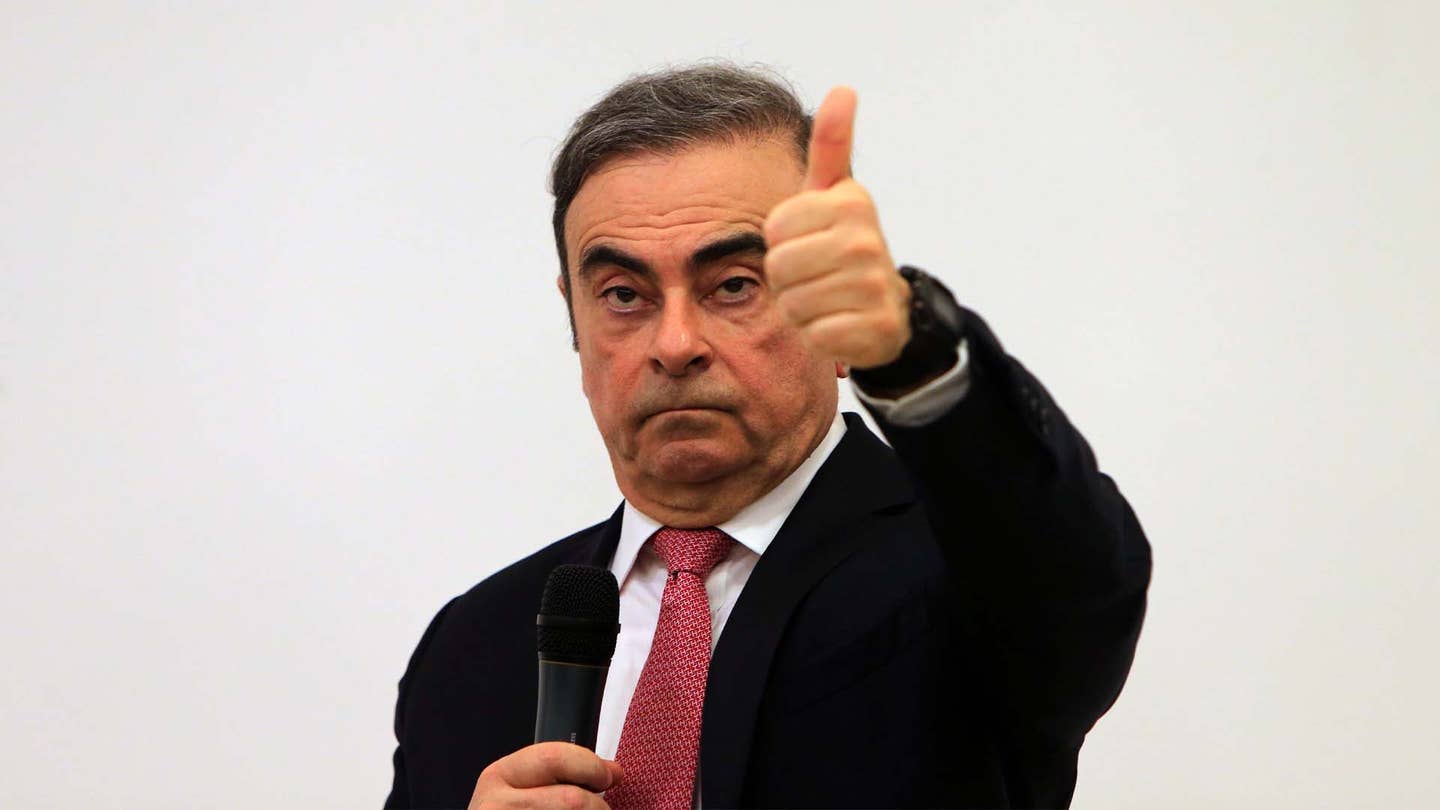 The controversial former automotive executive Carlos Ghosn has resided in Beirut since infamously defecting from Japan in a Yamaha instrument case. He fled the country and what he believed would be an unfair trial there after top-level Nissan-Renault-Mitsubishi Alliance bosses accused him of underreporting his earnings, as well as using company funds for lavish personal items. His—let's just say innovative—relocation only came after he was arrested by Japanese authorities, and he's now wanted for international arrest by France, as the Wall Street Journal reports.

A French investigating magistrate has put out five warrants against Ghosn and four individuals linked to Suhail Bahwan Automobiles, a car distributor in Oman. Upon hearing this news, Ghosn said he was "surprised," according to his personal spokesman.

Ghosn has denied any wrongdoing on his part, contributing to a narrative that paints his ex-colleagues as "thugs." That's how he described them in an interview with The Drive early this year, further adding that they would "pay a high price" for his downfall. Nevertheless, this development takes the stakes even higher should he travel outside Beirut, which has no extradition policies.

Ghosn's lawyer, Jean Tamalet at King & Spalding, explained to the BBC, "Mr. Ghosn is not under examination. This warrant is therefore surprising because the investigating judge and the Nanterre prosecutor know perfectly well that Carlos Ghosn, who has always co-operated with the French justice authorities, is subject to a judicial ban on leaving the Lebanese territory.

"We believe this move is the only technical resort they found to be able in the future to try the case in a court of law," he added.

As stated, Ghosn can't be extradited so long as he remains in Beirut, though he's reportedly been questioned in the investigation. He's already made his feelings clear about being an international fugitive, telling The Drive's Editor in Chief Kyle Cheromcha that he's no fan of Interpol. "It’s a tragic joke. You know how Interpol works? I’m discovering this world. Interpol is just a kind of cooperative. These guys have no opinion. They don’t examine anything. You have one state asking for the arrest of a citizen, they transmit it to Interpol, Interpol doesn’t make any judgment about how serious is this accusation, they just distribute it all over the world. That’s how it happens."

It's yet to be seen how this play from France will affect Ghosn's day-to-day, which is much different now than when he was at his popularity peak as CEO of multiple automakers.