A UTV With Jet Skis for Wheels is Real, and Yes, You Can Buy It

The Shadow Six Typhoon is a true mobility solution.

Mounting a Polaris-type body on top of two jet skis seems a bit like the answer to a question nobody asked but, as it turns out, doing so actually seems like a lot of fun. Which is why Shadow Six Racing created the Typhoon and it's said to be the world's first 'Aquatic Utility Vehicle.'

While it looks like a Polaris RZR bolted to a pair of jet skis, it's actually more complex than that. The body of the vehicle is made from a tubular titanium frame with a Polaris body kit mounted to it. So you're not wrong for thinking it looks like a Polaris RZR but it's entirely different underneath the skin. And rather than have an ATV's typical suspension, wheels, and off-road tires, Shadow Six instead fitted it with long-travel suspension and a pair of custom jet skis. In each custom ski is a 300 horsepower supercharged 1.8-liter Yamaha engine, providing the Typhoon with a combined 600 horsepower. It looks super top-heavy but around 2,000 pounds of its 2,365 pound curb weight is actually below the water line. That's due to the heavy skis, with their engines, weighing around 1,000 pounds each, and the lightweight titanium and carbon fiber body only weighing around 300 pounds.

Mounted to those skis are inflatable collars that are supposed to help it handle rough waters. In addition to the collars, the suspension is designed to absorb as much impact as possible, so when the Typhoon catches air and lands hard on the water, its passengers aren't too beat up. If you watch the videos on Shadow Six's YouTube channel, you can still see passengers get jostled around a bit but it's surprisingly smooth compared to a traditional boat or jet ski over choppy water.

Inside the cabin, if you can call it that, the Typhoon's two passengers will be pretty comfortable, for the most part. It features an actual steering wheel for the driver, with gas and brake triggers on the right and left sides of the wheel, respectively. There's also a touchscreen infotainment system with a Bluetooth sound system, headlights, and GPS. It even has a backup camera and rearview mirrors, mostly so the driver can watch whoever's behind them and make sure not to leave them in the Typhoon's rough wake. If you're racing, the Typhoon even has a wireless communications system that allows the driver and passenger to talk to each other at high speed.

If you want a Typhoon, it's going to cost you $250,399, which is more than a Porsche 911 GT3 and a C8 Corvette Z51 combined. However, Shadow Six has apparently received a surprising amount of interest from potential customers and will build and sell seven Typhoons to customers this year. Shadow Six will also be bringing the Typhoon to SEMA in November, where it's likely to gain even more buzz than it already has. 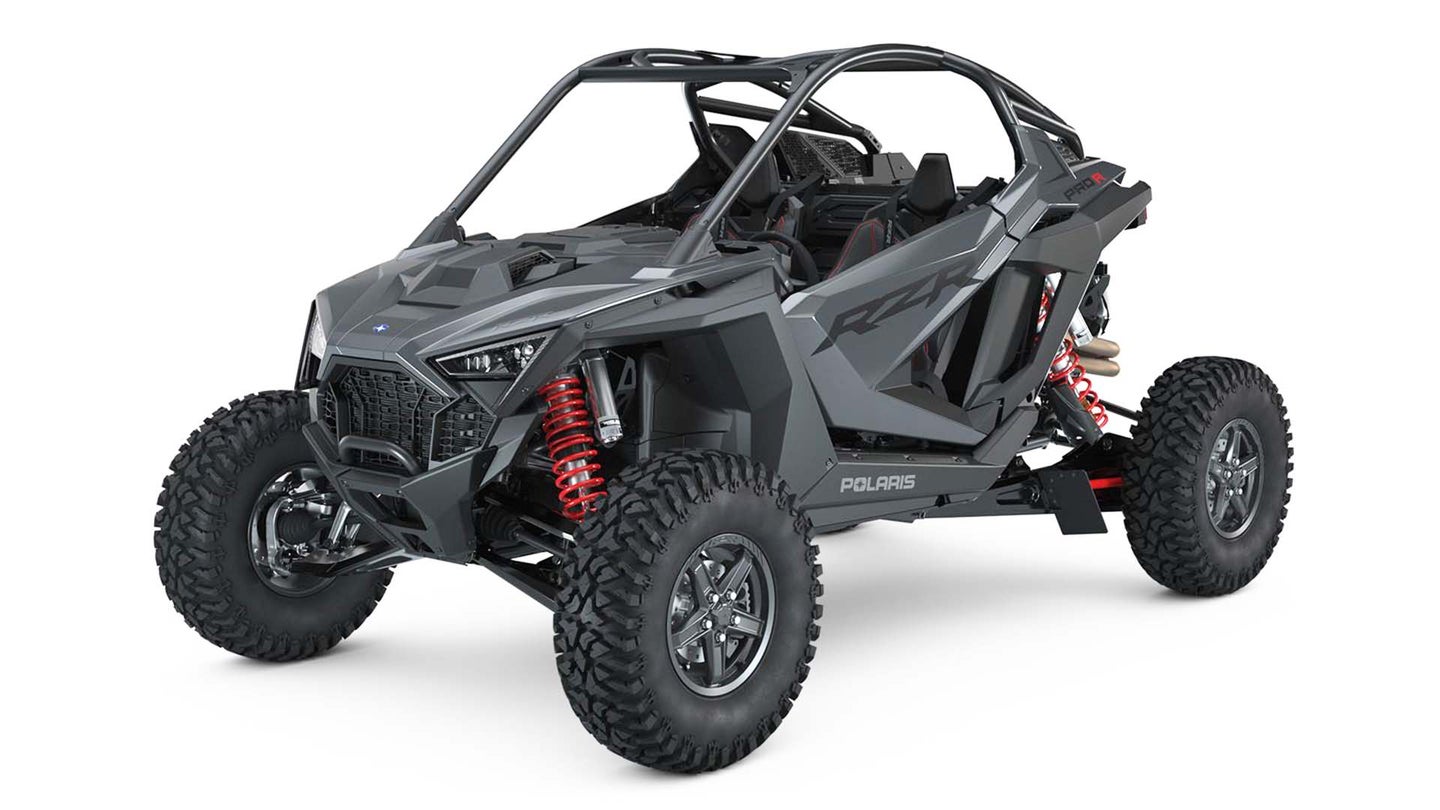 It’s a mighty powerful side-by-side that also happens to have 29 inches of rear suspension travel. 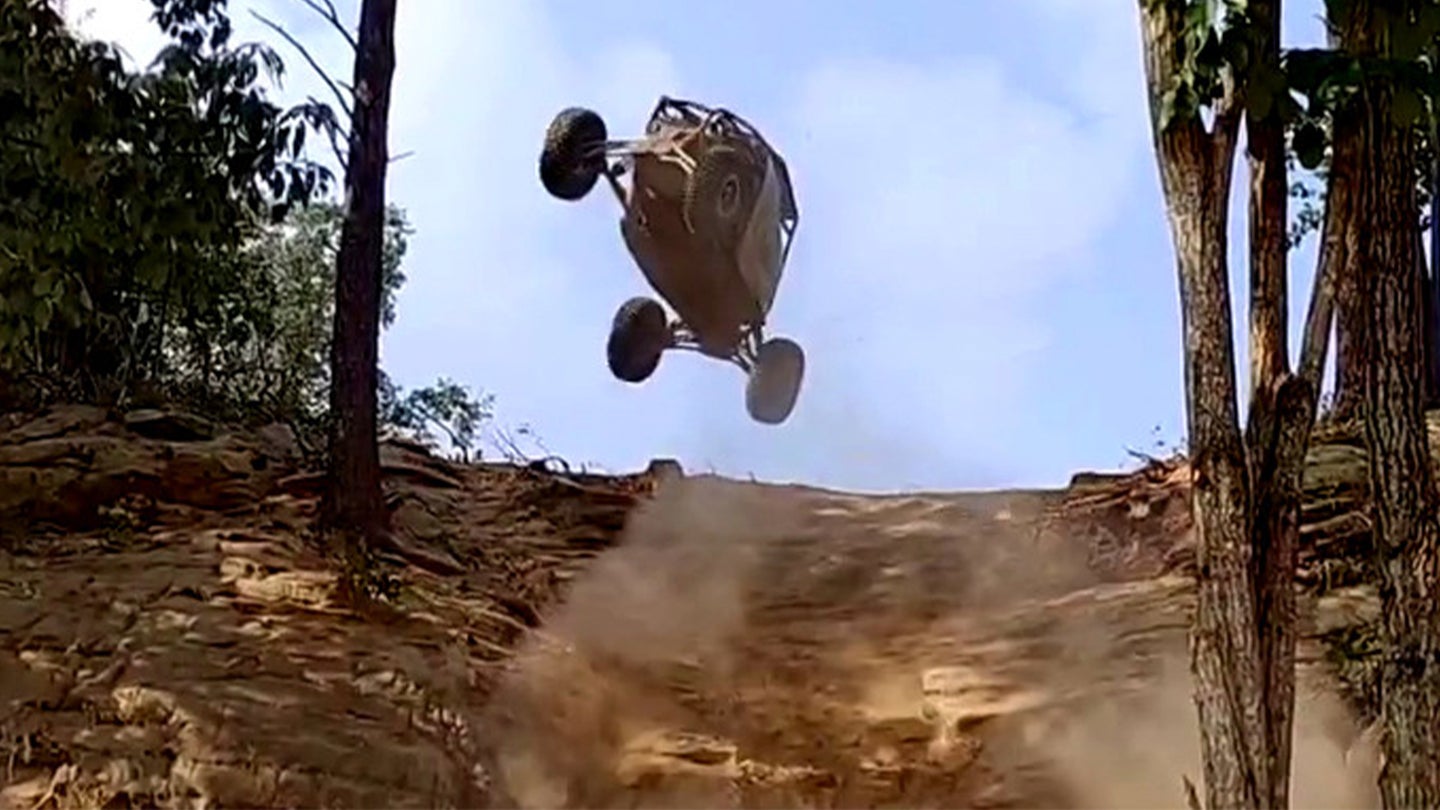 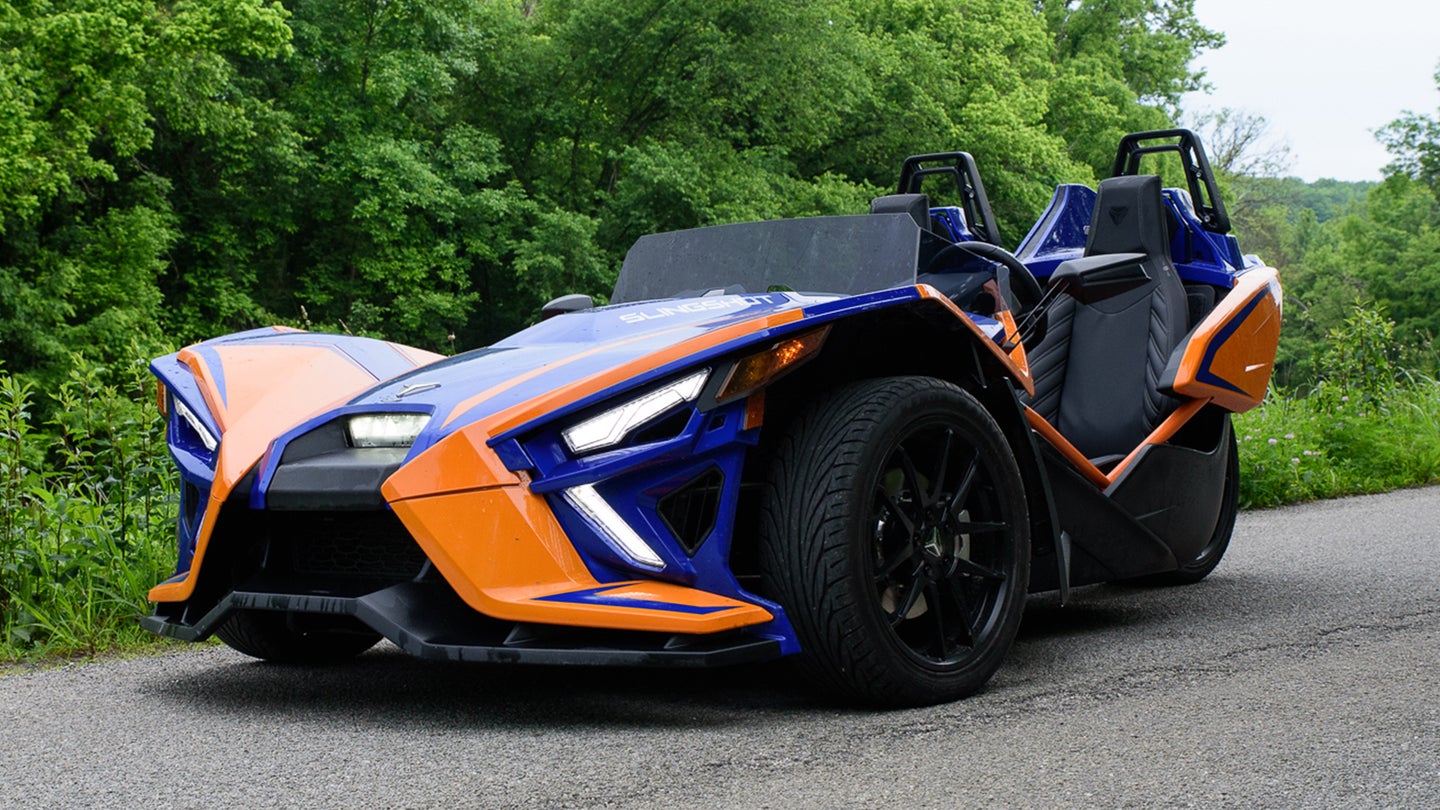 2021 Polaris Slingshot R Review: A 203-HP Three-Wheeler Is For Those Who Live Out Loud

The Slingshot is obviously a bold (and expensive) choice. But once you settle it, it’s a riot.